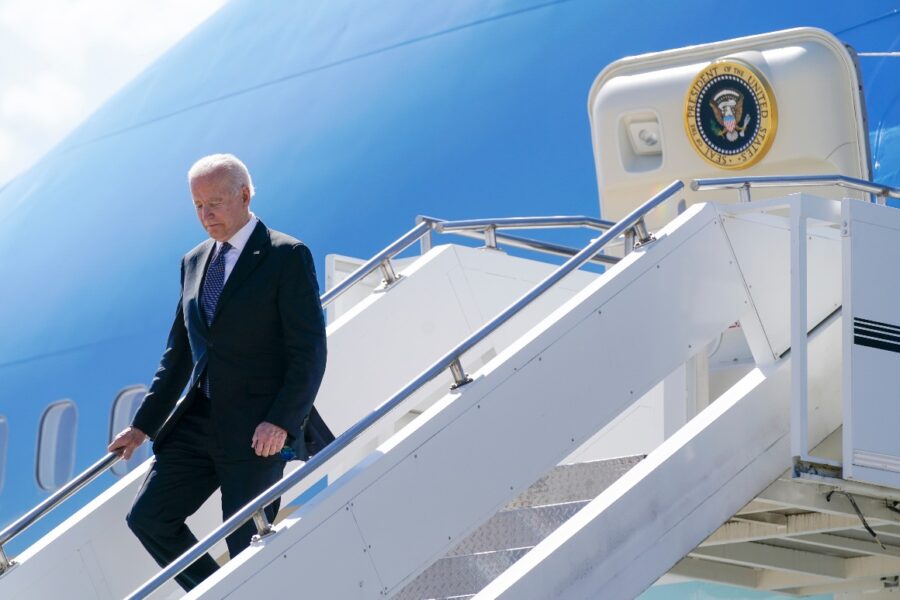 GENEVA, Switzerland — President Joe Biden is placing a big bet that he can do what his immediate predecessors couldn’t: forge a relationship with Russian President Vladimir Putin based on skepticism and stability.

Biden isn’t overly optimistic about what can be accomplished when the two world leaders get together on Wednesday. But according to interviews with six current and former administration officials, he plans to take a tough line with Putin while maybe even eliciting a concession or two from the Russian leader. Such benefits, his team has calculated, are well worth the incoming flak from Republicans that they are getting for agreeing to the meeting in the first place.

“He sees it as kind of a calculated risk and isn’t that concerned about it,” a former Biden aide said. “If it turned into some huge scandal or something, that’s one matter, but just the meeting in itself, I’m not sure he’s that worried about a couple days of people on Twitter.”

Biden has been preparing for the highly-anticipated meeting while in Europe — speaking to other world leaders and consulting Secretary of State Antony Blinken, national security adviser Jake Sullivan and other policy experts. Biden has gotten solid reviews for his discussions with other world leaders, many of whom have welcomed him following four years of a disruptive Donald Trump. And his team is hoping to use the restrengthening of international cooperation and institutions as a cudgel against Putin.

Biden also has some experience to lean on heading into his Putin one-on-one. He has gone out of his way to meet and push back on authoritarian figures throughout his decades-long career. In 1993, he confronted Slobodan Milosevic, the former leader of Serbia and Yugoslavia, telling him: “I think you’re a damn war criminal and you should be tried as one.”

In 2009, he cut short a formal dinner after he and two other senators questioned Afghan President Hamid Karzai about government corruption.

He invited Iranian lawmakers to meet with him after the Sept. 11 terrorist attacks and, more recently, said he was open to meeting with North Korean dictator Kim Jong Un.

But he’s never faced off against a foreign adversary with the power and stage of the presidency. So it’s no surprise then that despite his numerous meetings on his first foreign trip — including with G-7 world leaders, NATO and EU leaders — that the week has been overshadowed by the looming Putin summit, scheduled for Wednesday in Geneva.

“Restoring diplomatic presence, that’s a good thing,” said Michael McFaul, former ambassador to Russia under President Barack Obama. “But I think the bulk of the meeting should be about our disagreements because that’s the bulk of what it is right now.”

The last four presidents have sought to reengage with Russia to varying degrees and with limited success. George W. Bush infamously said he’d looked Putin in the eye and peered into his soul. Obama dubbed his attempt a reset. In 2018, then-President Trump provoked a firestorm for blindly accepting Putin’s denial of election interference, countering multiple assessments by U.S. intelligence agencies, after the two leaders met in Helsinki.

“They’re not doing a reset like Obama did,” said Daniel Fried, a former ambassador to Poland who served in the White House and State Department. “They haven’t made those kinds of mistakes, but Putin is still making it difficult for them because of his relentless aggression.”

In recent weeks, Putin has continued to face allegations he has amassed troops along the Ukrainian border, sanctioned Russian actors to engage in cyber aggressions, cracked down on political dissent, and signed deals with Iran to provide them with satellite technology. The Biden administration has imposed sanctions but members of both parties want him to do more on the Nord Stream 2 pipeline nearing completion to bring natural gas from Russia to Germany under the Baltic Sea

“We’re rewarding Putin with a summit?” Sen. Ben Sasse (R-Neb.) asked. “Instead of treating Putin like a gangster who fears his own people, we’re giving him his treasured Nord Stream 2 pipeline and legitimizing his actions with a summit. This is weak.”

Luke Coffey, who served in various roles advising the U.K. government before joining the conservative Heritage Foundation, described the meeting a waste of time because he said Putin will never cooperate with the U.S. in a meaningful way. But he said he thinks Biden is looking to reap potential political benefit from the meeting.

“Russia is an issue debated domestically in the United States, whether it’s voter fraud, or whether it’s collusion, or whether it’s cyber attacks or whatever else. It’s an issue that’s there,” he said. “As long as Biden … stands up and calls Putin out publicly on various things, then he’s gonna look better than Trump did in Helsinki.”

Biden will meet with Putin in two sessions at an 18th-century Swiss villa overlooking Lake Geneva; the first will be a smaller group followed by a meeting with a larger group of aides, according to a White House official. The talks are expected to take several hours. After the meeting, Biden will hold a solo news conference, instead of a joint one with Putin.

Biden’s aides say the president will press Putin directly on cyberattacks, human rights and Russian aggression in Ukraine. But Biden also hopes to speak to him about areas where they might have common ground, including nuclear arms control and climate change. Just this week, Biden appeared to suggest that he would be open to an exchange of cyber criminals with Russia, which Putin had previously requested on television. Sullivan later clarified the comments to say Biden “was not saying, ‘I’m going to exchange cyber criminals.'”

The White House said it doesn’t expect the meeting to lead to any major policy agreements but says it’s the first step to establishing a relationship — one based on mutual distrust. What they are resistant to call it is a reset.

Biden acknowledged earlier this week that Putin is a “worthy adversary” but declined to speak publicly about any specific negotiations he might have with Russian leader until after their talk. “I have met with him. He’s bright. He’s tough,” Biden said Monday.

It won’t be the first time the two have met. Biden, then vice president, met face-to-face with Putin, then Russia’s prime minister, in March 2011 in Moscow.

Biden later told a journalist that he turned to Putin and said, “Mr. Prime Minister, I’m looking into your eyes, and I don’t think you have a soul.”

According to Biden, Putin smiled and replied, “We understand one another.”