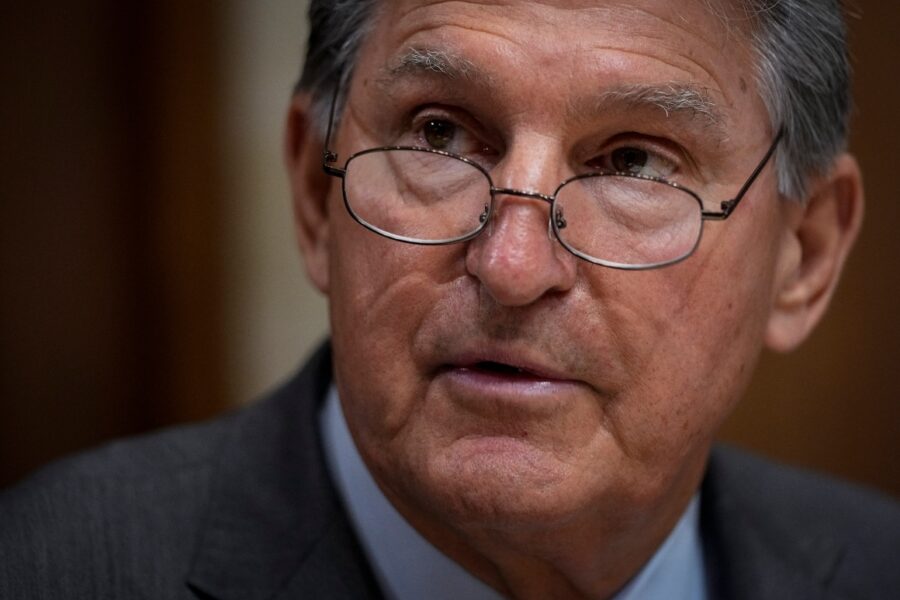 After writing an op-ed against the bill earlier this month, Manchin circulated a memo among his colleagues Wednesday that outlines his preferred changes to a proposal his party has billed as essential to prepare for the 2022 midterms. Manchin also organized a Zoom meeting this week with civil rights groups and a handful of Republican senators to find areas of agreement.

His movements come as Senate Democrats prepare for a vote next week on the elections bill. The legislation is a top priority for Senate Majority Leader Chuck Schumer, but has little chance of becoming law given opposition from Manchin and the GOP.

The West Virginia senator organized his Monday meeting after a similar conversation with leaders of national civil rights organizations one week earlier. With no change to the filibuster on the horizon, Manchin and the groups know that 10 Republican senators will be needed to support legislation that would achieve two major Democratic goals: reauthorizing key sections of the 1965 Voting Rights Act and approving changes to American elections that lie at the heart of the party’s massive but stalled elections bill.

In an interview on Wednesday afternoon, Manchin said he’d done the best he could to put together a proposal he could support. He acknowledged party leaders might not go along: “I couldn’t vote for it in the form it is. Now, whether anybody is going to change it … [the memo] might not, might not change their mind. I understand that and I respect that.”

Manchin is making clear he’s not against everything in the elections bill: He supports expanded early voting and a ban on partisan gerrymandering, according to a copy of his memo obtained by POLITICO. But he also wants new voter ID requirements and is pushing for more flexibility for state officials to remove voters from voter rolls, both of which run counter to the design of the elections bill that already passed the House.

Manchin also proposes making Election Day a public holiday, mandating 15 consecutive days of early voting and allowing for automatic registration through the DMV with the ability to opt out.

“There were some things, being a former secretary state and governor, that didn’t jibe up and make sense. I went through all that in a transparent way,” Manchin said.

Schumer began the process of bringing a piece of legislation shaped by Rules Committee Democrats to the floor for a vote next week, which will need 60 votes to advance. A spokesperson said that legislation could be the vehicle for changes sought by Manchin.

Among the provisions that Manchin opposes or is uneasy about in the elections bill his party’s dubbed S1 are no-excuse absentee voting and public financing of elections. And some senior House Democrats who shepherded the voting bill through their chamber are listening to the Democratic Senate’s gregarious 50th voter.

“I like a lot of what I saw,” House Majority Whip Jim Clyburn (D-S.C.) said in a brief interview. He called the memo a “great first step” toward getting something into law.

“I did it because I was asked by Sen. Manchin,” Graham said. “We have differences on S. 1 but I’d like to make voting easier. Maybe have some uniform standards on how you do mail-in balloting. There might be some things we can do … He’s always trying to find a way forward on stuff.”

The Virginia Democrat said that he’s looking to see if there are elements of the elections bill and a separate measure focused solely on the Voting Rights Act, named for the late Rep. John Lewis (D-Ga.), that could be combined into a “single vehicle.”

The Lewis bill would restore key sections of the 1965 landmark voting rights legislation which required jurisdictions with a history of racial discrimination to receive prior approval from the federal government before changing election laws.

In Manchin’s meeting with GOP senators and civil rights groups, Republicans expressed support for central tenants of the Lewis bill, according to a source familiar with the event.

Manchin has also made clear that he has not changed his position on the filibuster, even though GOP resistance appears likely to doom any elections bill. The Intercept published a story on Wednesday airing Manchin’s private remarks on potential changes to the 60-vote threshold that allows the minority to delay most Senate bills, but Manchin said “I haven’t endorsed any” of the proposed alterations.

“If we lose the filibuster, we’ve lost democracy as we know and we’ve lost the country being a reliable and stable power,” he said.

Now that Manchin has released his proposal, the party’s next steps are less clear. Senate Democrats are scheduled to hold another meeting Thursday about the elections measure. While Manchin has argued that any change to voting laws must be bipartisan, Kaine was skeptical that more than a handful of Republicans would sign on. Before Manchin’s memo emerged, Schumer said “the idea that this can have some kind of bipartisan solution befuddles me,” citing the increase in GOP state laws that restrict ballot access.

Another top House Democrat, Rep. G.K. Butterfield (N.C.), said Manchin’s suggestions could be the start of a “constructive conversation” on the bill, but said he opposed the centrist senator’s proposed changes to the Lewis bill.

Butterfield, who chairs a key subpanel overseeing federal elections, said in a brief interview that Manchin had not “completely thought [all of his proposals] through, but I like his concessions on” the broader elections plan.

But at least one progressive chafed at Manchin’s suggestions.

“I want him to understand that voter ID laws disproportionately exclude people of color from the franchise, and civil rights groups will tell him as much,” Rep. Mondaire Jones (D-N.Y.) said.

Among Senate Republicans, Romney said Wednesday that he had yet to review Manchin’s ideas but was happy to look at the issue and open to some suggestions, like making Election Day a federal holiday.

Senate Majority Whip Dick Durbin (D-Ill.) said he’s going over Manchin’s proposal, summing it up bluntly: “He obviously agrees with some of the provisions but has left some of the important ones out.”