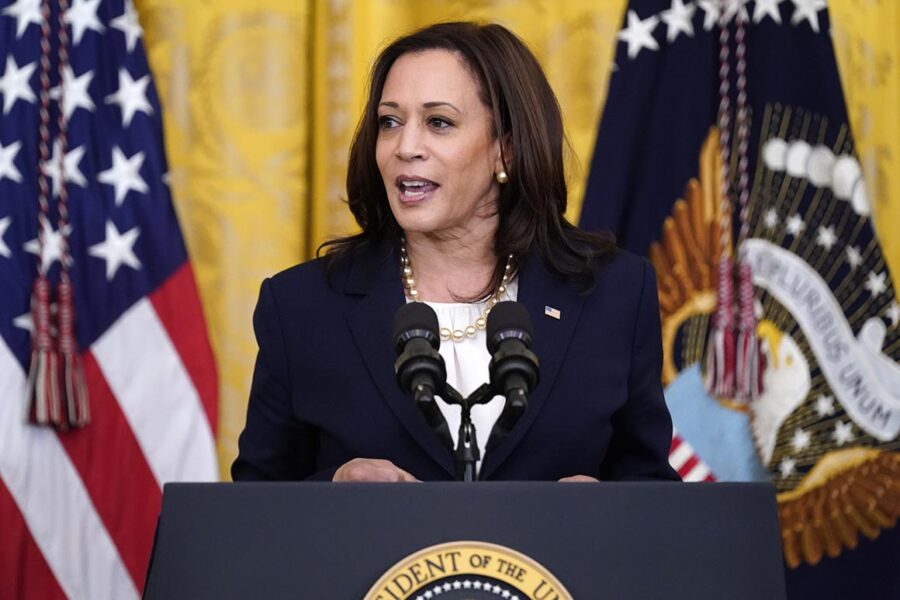 In January, standing on the steps of the Capitol, President Joe Biden warned of “an attack on democracy.”

In April, standing inside the House chamber, Biden declared that the only way to restore the country’s soul was “to protect the sacred right to vote.”

And earlier this month, standing on what was once Black Wall Street where as many as 300 Black people were murdered in 1921 by a white mob in Tulsa, Okla., Biden said he’d “fight like heck” to “combat the new assault on the right to vote.”

But next week, when the Senate takes up Democrats’ signature elections bill designed to expand voting access, it will fail. Barring a change of heart among 10 Republicans or certain Democrats dropping their resistance to changing Senate rules, Biden’s legislative agenda on voting and election protections will be dramatically limited.

The White House says it’s using every tool it has to draw attention to restrictive voting laws being passed in GOP-led states across the country, including potential legal challenges. Administration officials say Biden talks about attacks on voting access in all of his major speeches to send a signal not just to voters, but to those in power, that it’s a personal priority. And though the decision to give Vice President Kamala Harris the voting rights portfolio was interpreted as a sign that the White House viewed the issue as intractable, senior officials insist that giving her “convening power” actually demonstrated how seriously they’re taking it.

“It’s a broad strategy,” said Cedric Richmond, director of the White House Office of public engagement. “It’s all hands on deck, and we are willing to meet the challenge.”

This coming week, the Senate is expected to vote on their own sweeping set of voting and election reforms, after the House narrowly passed its version earlier this year. Despite the road blocks, the White House isn’t conceding legislative defeat. “Sometimes it’s not the most attractive process,” said Richmond. “It’s the process of crafting legislation, but we’re not waiting on it.”

To build momentum, the White House has turned to Harris. In the past month, the vice president traveled to South Carolina to hold a listening session with local voting rights advocates, and she met with Texas legislators Wednesday to elevate their efforts to beat back a state GOP law restricting voting. Republican legislatures in states across the country are proposing or instituting new barriers to mail voting and are targeting election administrators with criminal penalties in response to false conspiracies of a stolen election spread by former President Donald Trump.

In an effort to combat changes in Republican-led states, the White House has also looked for allies in the private sector.

“We’ve talked to business all over the place,” said Richmond. “We want companies to step up and talk about the importance of a meaningful right to vote.”

Richmond added that the White House is asking corporations “to do whatever they can in their tool box” to not just promote voting but to “shine a light on these laws that are designed to keep people from voting or put obstacles in their place.”

Harris plans to meet with members of the private sector in the future. Though she is headed to Atlanta on Friday to continue the administration’s vaccine push, a senior administration official said “voting will be a piece of that.” Aides say the vice president is focused on building a coalition across the country, including activists and lawmakers, to put pressure on state and local governments.

But the most far-reaching actions of Biden’s administration are unlikely to come from inside the walls of 1600 Pennsylvania Ave. Instead, the Department of Justice will be central to the president’s battle with states that pass new election laws that restrict access to the ballot.

“Enforcement of the laws that we have, even as we push for more extensive legislative support, is critical,” said Justin Levitt, White House senior policy adviser on democracy and voting rights. Levitt, who worked at the Justice Department in the Obama administration, quickly added that the enforcement decisions “are entirely within” Attorney General Merrick Garland’s hands.

In a speech last week, Garland documented the country’s history of blocking African Americans and people of color from the right to vote, and he pledged to expand the personnel of the department’s Civil Rights Division to enforce existing law. Garland said the DOJ is “scrutinizing” new laws passed by states “to curb voter access” and pledged that the agency would “not hesitate to act” while not explicitly forecasting any litigation.

“Without new federal legislation, the biggest lever the Biden Administration has is [the] DOJ,” said Rick Hasen, an election law professor at the University of California, Irvine. The Justice Department can file suit under the Voting Rights Act, Civil Rights Act, National Voter Registration Act and other laws “to ensure that federal law protecting voting rights and a fair election process are followed,” he said.

“This is not as good in terms of protecting voting rights as preclearance, killed by the Supreme Court in 2013,” said Hasen, referring to sections of the 1965 Voting Rights Act that were struck down in a decision known as Shelby v. Holder. “But it is better than nothing.”

Civil rights groups, activists and state legislators don’t fault the White House for the current congressional gridlock. A majority who spoke to POLITICO said the White House was doing everything it can, short of publicly cornering those Democratic senators opposed to changing the Senate filibuster, which requires a 60-vote threshold for most legislation. Biden, himself, has not endorsed the idea of major changes to the filibuster even as progressives push the idea of an exemption specifically for voting and elections legislation.

Democratic activists and civil rights leaders have directed much of their ire and frustration instead toward Congress.

“It is the height of irony at best, insulting in fact, for the Senate to unanimously make a holiday out of what happened in 1865…but then ignoring the racial implications of what’s going on in 2021 with voting,” said Rev. Al Sharpton, president of the National Action Network, referring to congressional action taken this week to make Juneteenth, the date marking the end of slavery in the U.S, a federally-recognized holiday.

Even congressional Democrats say the onus is on them. Asked what impact Biden’s administration could have on shoring up voting protections, Sen. Tim Kaine (D-Va.) said, “I’m thinking less the Biden presidency than what we do here.”

Kaine said some of his Democratic colleagues “strongly believe” that if changes to elections laws restricting voting stay unchallenged, “they feel pessimistic about their chances in ‘22 or 24.”

This week, Sen.Joe Manchin (D-W.Va.) who had been the lone Senate Democratic hold out on the party’s election’s bill, introduced his own proposed reforms. The Senate will vote on the bill next week with changes made to get Manchin’s support. But it will fail without at least ten Republican votes.

Speaker Nancy Pelosi and Majority Whip Jim Clyburn made clear to House Democrats this week that they are committed to passing as much of their elections bill and voting rights reauthorization as possible, multiple House Democratic aides told POLITICO. Democratic leaders think it’s important to have a proposal that can win Democratic support in both chambers, one House source said.

A senior administration official working on voting rights said Wednesday they have not had a chance to look at Manchin’s proposed changes. The White House declined to comment on Thursday.

Despite the hard-math, the White House and most Democratic lawmakers won’t publicly entertain a scenario in which their major pieces of voting and elections legislation will be unable to pass both chambers. And Richmond said the White House isn’t ready to concede that the only way forward would be to eliminate the filibuster.

For now, they’re working on the margins. On Wednesday, Harris met in the Roosevelt Room with 16 of the Texas Democratic legislators who in May walked out of the state Capitol to block passage of a bill that would have restricted voting rights in the state.

The group discussed the Texas bill but also talked with Harris about what the administration and Congress can do on the federal level. Texas lawmakers who attended the meeting said that Harris understood that it needs to be a national effort. Harris did not make promises on anything in her conversation with the Texas Democrats but told them it was a priority.

“Our plan was to come to D.C. to try to kind of ignite the imagination of this country about how bad things are in Texas. That was our moonshot plan,” Texas state representative Gina Hinojosa said after the meeting. “Texas is really ground zero for the GOP voter suppression efforts. And I think that if you’re not in it, and you’re not living it, you don’t understand how bad it is.”