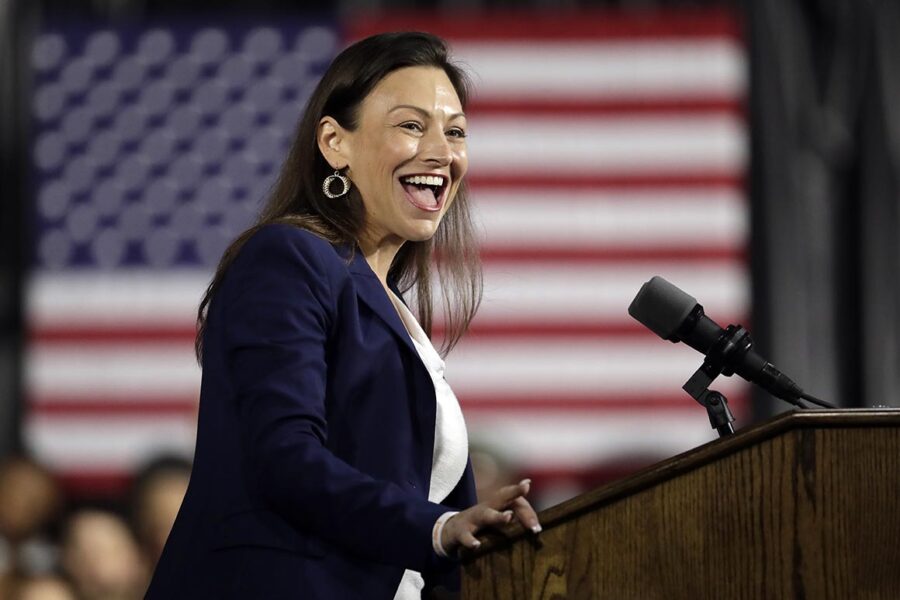 TALLAHASSEE — Democrat Nikki Fried should be the greatest ally to Florida’s environmentalists and progressives. Instead, she’s their biggest disappointment.

They hoped that Fried, Florida’s agriculture commissioner who this month launched a bid to challenge Gov. Ron DeSantis in 2022, could use her statewide office to stand with them on a range of policy issues. But over the two-and-a-half years she’s been in office, they say she hasn’t acted on left-leaning policies like climate change and energy efficiency or fought hard enough against Republicans.

“While Commissioner Nikki Fried talks a good game about climate change, our review of actual accomplishments do not add up to the rhetoric,” said Susan Glickman, Florida director of the nonprofit Southern Alliance for Clean Energy. SACE has not endorsed a candidate in the race, but Glickman appeared in a campaign video on behalf of Rep. Charlie Crist (D-Fla.), who is also running for governor.

“Given the severity of the climate crisis,” Glickman said, “we’re way past the time for talk without significant actions to solve the problem.”

Fried, who says she has devoted herself to environmental and progressive issues, has attempted to brand herself as the future of Florida’s Democratic Party — a young, bold, Jewish woman from urban Broward County who is taking on the entrenched Republican power structure. Before jumping into the governor’s race on June 1, the 43-year-old former marijuana lobbyist spent months labeling DeSantis as a “dictator” and denouncing the governor’s handling of the pandemic in the state.

Yet the recent criticism from environmental activists and progressives — who were furious that Fried initially wouldn’t support a minimum wage increase — could hurt her aspirations to unseat the popular Republican governor. The race will be one of the most high profile gubernatorial contests in the nation next year, and Florida Democrats have struggled to find a candidate who can beat DeSantis, especially after popular Rep. Val Demings (D-Fla.) decided to skip a bid for governor and run for Sen. Marco Rubio’s seat instead.

Fried, the only Democrat elected to statewide office in Florida, oversees 19 offices that regulate an odd assortment of issues, from renewable energy and pesticides to concealed weapons permits and even roller coasters. But it’s her record on the environment and progressive issues that Florida’s activists are most critical of.

Jane West, policy director for the growth-focused non-profit 1000 Friends of Florida, said she heard Fried speak eloquently to women’s groups but is still waiting for details and policy proposals about what Fried will do.

“I haven’t seen the ideas put into effect,” West said. “And I haven’t seen a policy plan that will deal robustly with the pressures of growth management. I hope her team is working on that. It is important for all Floridians.”

Criticism of Fried stems in part from her perceived failure to live up to her potential — or her own rhetoric — to tackle the state’s environmental concerns. She called climate change the greatest challenge of her generation and said she “revitalized” the state’s Office of Energy to mitigate the effects in Florida, which has more than 660 miles of beaches that are in danger of increased flooding.

Her critics say, though, that the state’s energy office, which falls under the agriculture commissioner, has done little more than pass along federal grant money to cities and convene a task force that offered a plan in 2019 that only encouraged the state to invest in clean energy, energy efficiency and alternative fuel vehicles.

Franco Ripple, Fried’s agency spokesperson, said in a nearly 10-page rebuttal, that the criticism either mischaracterizes or ignores her long record as an “environmental champion” and opponent of “misguided” legislation during the 2021 session.

Fried campaign spokesperson Max Flugrath also defended her, saying she stood up to Florida’s Republican “power machine” that has been entrenched for decades.

“Fried has unapologetically and frequently spoken out in opposition of bad legislation and in support of Democratic priorities and bills,” he said. “If elected governor, she will have the ability to veto legislation harmful for our state, while continuing her record of getting things done for Florida.”

Fried has, in recent months, taken more concrete steps to show that she stands with the environmental community. On June 15, she cast the lone Cabinet vote on June 15 against a proposed expressway extension in Miami-Dade County that environmentalists opposed. And she vowed June 11 to work with Black legislators on policy to support the plight of historically-black farmers.

Environmentalists were especially angry in 2019 after Fried supported utilities such as Florida Power &. Light Co. and Duke Energy Florida that were asking the state to sharply lower or eliminate their energy conservation goals. She went so far as to say Florida’s energy conservation rule should be scrapped.

Environmentalists for decades have also increasingly hammered what they say is the state’s hands-off approach to groundwater pollution from farms that has fouled natural springs and other waterways.

Fried has said she’s “is laser focused” on protecting Florida’s waterways and has worked for updates to state agricultural “best management practices” designed to reduce water use and runoff from farms.

But Ryan Smart, executive director of the Florida Springs Council, said that Fried in 2020 supported legislation that was supposed to protect springs but was weakened to allow pollution from farms to continue. His group opposed the measure after it was rewritten.

“We definitely had hopes” for change under Fried, Smart said. “That’s why we went to Tallahassee to meet with her and develop these ideas. These are the same things we have been pushing for back in the Legislature for years and years now.”

This is not to say DeSantis has impressed other environmentalists more. The Sierra Club in March gave Fried a C-minus in its first ever report card for her positions on climate change, but the organization gave DeSantis a D-minus.

Her main contender in the Democratic primary, Crist, initially delighted environmentalists when he was first elected governor as a Republican in 2006 with a surprise focus on climate change followed by supporting a ban on oil drilling. Crist wobbled a bit when he was being discussed as a possible vice presidential nominee but came out strongly against drilling after the Deepwater Horizon disaster in the Gulf of Mexico.

Progressives, like Florida Democratic donor John Morgan, were especially livid over Fried’s non-committal position on a proposed $15 minimum wage. Fried doesn’t have control over the state’s minimum wage, but as the state’s top elected Democrat, activists looked to her for moral leadership.

Business interests had lined up against the wage bump and as the increase was being fought, Fried told the Tampa Bay Times that she was undecided.

Morgan publicly decried Fried’s “very weak, tepid response” in support of the measure right before voters approved it last November — an example of Fried leading from behind.

“That bullshit, that doesn’t work with me,” Morgan, who put $6 million behind the effort to raise the minimum wage, said after the vote. “To me Nikki Fried has disqualified herself from any future for statewide office in the Democratic Party. And I’m sorry to say that because I really thought she had a bright future.”

Fried told POLITICO that she had talked to Morgan recently to discuss the situation. “Now he knows I was always fighting for the minimum wage,” Fried said. Morgan did not respond to requests for comment.

Similarly, Fried waited until after the legislative session to announce opposition and request vetoes for eight bills that environmentalists and progressive groups had fought, including legislation that would preempt local bans on energy sources for utilities. She did, however, issue a press release March 18 during the state legislative session opposing
a controversial anti-riot measure.

Deborah Foote, acting director of the Sierra Club’s state chapter, said Fried’s opposition was needed during the legislative session — not so much after the bills had passed.

“Where we needed a voice there was silence,” she said. But Foote later contacted POLITICO to credit Fried for rejecting an application to a dangerous pesticide.

Fried’s spokespersons said she had opposed three of the eight bills, plus other Republican-backed measures during the legislative session.

“When you have a base of voters you are trying to court who happen to be these Black, brown folks from marginalized, historically disenfranchised communities, it is difficult to turn around and say, ‘I got your back’ when you haven’t been at the forefront of these issues,” Bullard said.