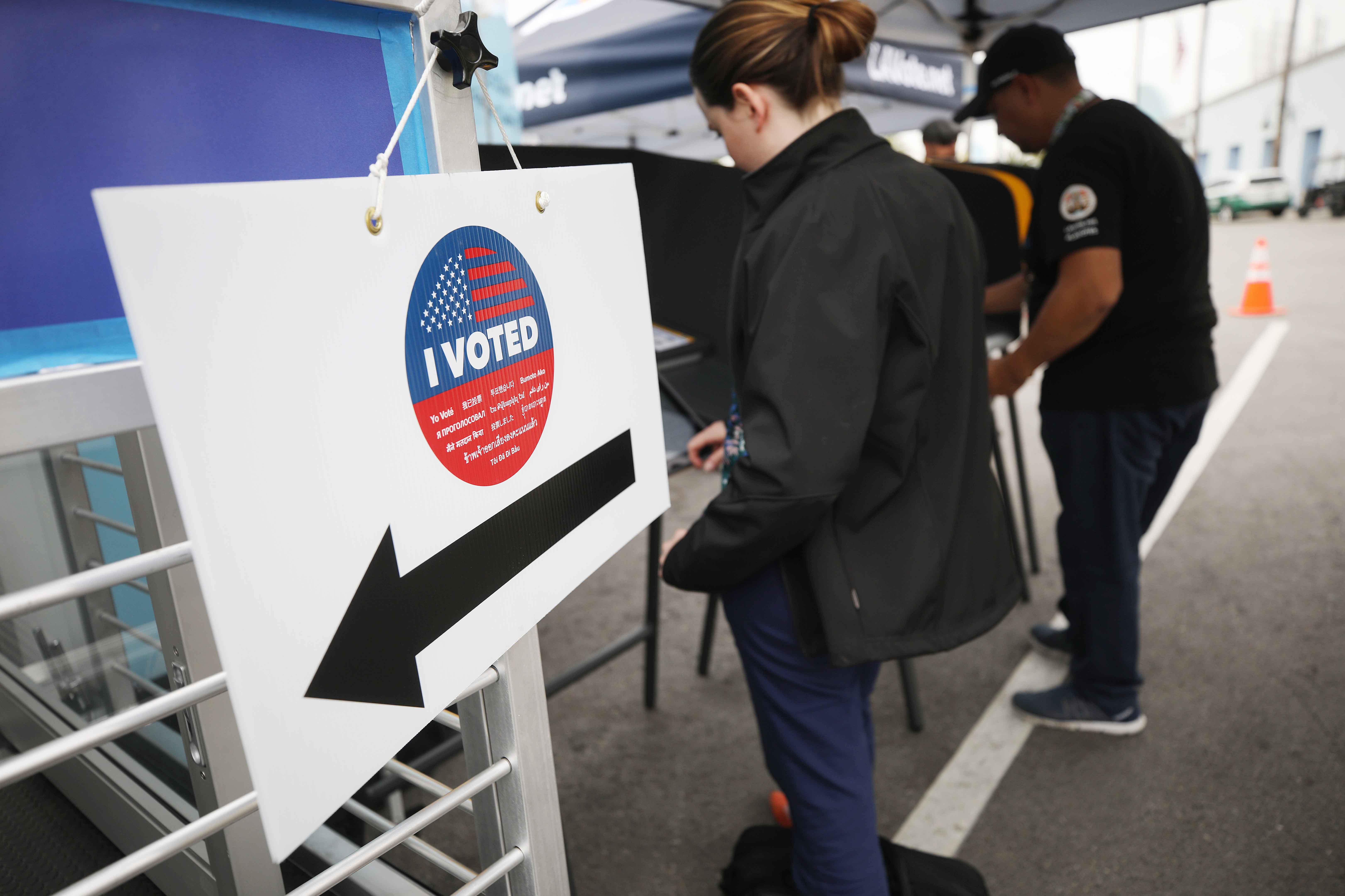 The top political adviser to one of the Democratic Party’s biggest donors privately urged fellow Democrats last week to abandon the push around federal voting rights legislation in favor of legislative items with better chances of passage.

Dmitri Mehlhorn, a key confidant to Democratic funder Reid Hoffman, the billionaire co-founder of LinkedIn, made the case to advisers to other Democratic megadonors that the attention being placed by activists and lawmakers on the For the People Act was setting the party up for failure, according to people involved in the discussions and emails obtained by POLITICO.

Specifically, Mehlhorn said people working on the legislation — which would give the federal government much more control over elections, change campaign finance laws, and reduce voter ID requirements — were “dragging me and my country off a cliff.” He suggested he would “counter mobilize” against their efforts to build support for the bill in and out of Congress.

Mehlhorn’s emails are perhaps the first and most vivid indication of a strategic fissure within the Democratic ranks over how much to emphasize voting rights legislation. From President Joe Biden on down, lawmakers and activists have framed the debate as existential for the future of democratic governance, arguing that the failure to move a bill (let alone prioritize one) would irrevocably harm the country.

Mehlhorn’s views on the matter reflect a portion of the party that is second-guessing that strategy. It’s unclear how big the contingent is but it is undeniably influential.

The tough and threatening language Mehlhorn used in his emails drew backlash from some fellow donor advisers, who have been organizing in support of the bill and believe Democrats need to be united.

In response, Mehlhorn insisted in his emails to them that his objection was not to the substance of the bill but that Democrats are wasting valuable time and precious political capital on legislation that he believed was unlikely to pass. He made the case that in the run-up to the 2022 elections, Democrats ought to be spending time on more achievable goals and that donors would be disillusioned after pouring money into a failed effort.

“I would love to have nonpartisan redistricting and automatic voter registration, but I have not heard a plausible path to getting that into law,” he wrote in one exchange, which took place on an informal thread involving many influential advisers. “[W]e can’t remain silent forever as more and more donor meetings end up becoming exercises in unreality.”

In one email last week, Mehlhorn said he called the office of House Speaker Nancy Pelosi to express his concerns, but they told him she remained confident of the strategy and urged him to keep his fears private.

“My view at this point is that if I get a directive from the Speaker to STFU on a strategic play, then I will damn well STFU while she runs her play,” he wrote in one email.

“I hope she knows what she’s doing. Thus far of course she has nailed it, so we shall see,” he wrote in another. Asked about the conversation with Mehlhorn, the speaker’s office declined to comment. Mehlhorn declined to comment as well.

Mehlhorn is a long-standing confidant to Hoffman, serving as an adviser as the internet entrepreneur poured tens of millions of dollars to Democratic causes during Donald Trump’s administration. Hoffman is also set to co-host Biden’s first fundraiser as president later this month, as The Stratosphere first reported.

In an invite for the June 28 fundraiser obtained by POLITICO, Hoffman wrote: “Unfortunately, the great threat to American business today is the Republican Party … Business leaders like me, including many who recently fled the Republican Party, are realizing that Democrats can be great for business.”

The behind the scenes clashes among Democratic elites comes as party leadership faces a choice over how much more they want to fight for the election bill or take the loss and pivot to other priorities. On Tuesday evening, Senate Democrats are scheduled to bring the elections bill to the floor where Republicans are expected to filibuster it. Democratic leaders will then face a choice of trying to find a path forward for the bill or to pivot to other priorities.

Mehlhorn has been pushing donor advisers to back initiatives aimed at shoring up Biden’s standing on crime and bipartisanship. Mehlhorn has proposed a “Police for Biden” group and suggested recruiting former Republicans and police officers as candidates for office, according to people involved in the discussions. He also has been pushing Democrats to focus on passing the president’s American Jobs and Families plans on a bipartisan basis.

Some donor advisers have disagreed with Mehlhorn’s tactics but sympathized with his larger point about the future of the For The People Act. “Was he too brash? Maybe. Is he right? Many people think so,” one fellow donor adviser familiar with the internal disputes told POLITICO.

The prospect of amending the filibuster rules to pass the legislation on a party-line vote became increasingly dim on Monday after Sen. Kyrsten Sinema (D-Ariz.) penned an op-ed in The Washington Post laying out her opposition to reforming the Senate rules.

Writing in defense of the filibuster, she said, “To those who want to eliminate the legislative filibuster to pass the For the People Act (voting-rights legislation I support and have co-sponsored), I would ask: Would it be good for our country if we did, only to see that legislation rescinded a few years from now.”