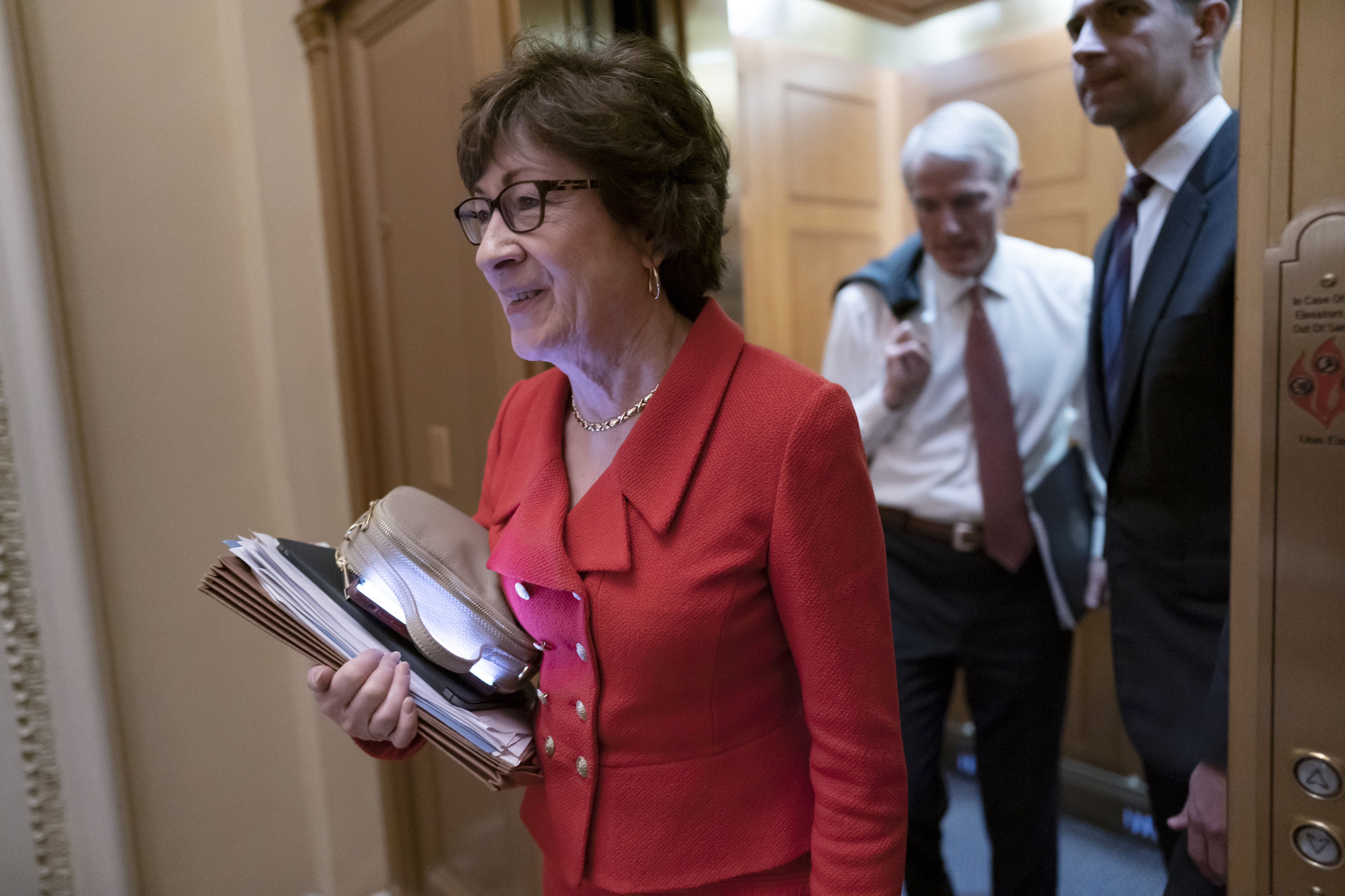 A group of bipartisan senators said Wednesday evening that they had agreed with the White House on a framework for an infrastructure package and will brief President Joe Biden in person Thursday on the details.

“I’m optimistic that we’ve had a breakthrough,” said Sen. Susan Collins (R-Maine) after the latest in a series of huddles with White House aides.

But the White House seemed less definitive on the results of the latest confab, with White House press secretary Jen Psaki calling the outcome “progress towards an outline of a potential agreement” shortly after the meeting broke. “The President has invited the group to come to the White House tomorrow to discuss this in-person,” Psaki continued.

According to several of the lawmakers involved in the negotiations, the agreement follows the same rough contours of an earlier framework released by the group, which contained $579 billion in new spending, was narrowly focused on physical infrastructure and was envisioned to be paid for by a wide variety of funding sources. But a source famiar with the matter said the new proposal’s topline has now shifted to $559 billion, based on repurposing $20 billion in broadband funds. The source added that a tentative agreement on the framework is possible.

But in this lurching saga toward a bipartisan deal, where offers and counteroffers have been chewed up and spit out repeatedly by various factions, even “progress” toward a “potential agreement” seems like more than a glimmer of hope.

“We came to an agreement on the plan that we have, and it’s just a matter of trying to wrap it up tomorrow,” said Sen. Joe Manchin (D-W.Va.).

Lawmakers say there are still details to be worked out and that the group still needs to brief their caucuses and respective leaders.

“We haven’t written this down yet, and in terms of legislation, there’s going to be a lot that happens down the road,” said Sen. Mitt Romney (R-Utah.). “But we’ve agreed on a framework and we’re going to head to the White House.”

Collins said the group had agreed not to give out numbers on Wednesday night, but Manchin said he expected details would be released on Thursday.

No matter what is in the agreement, it is likely to face challenges from the flanks of both parties.

Progressives in particular have been increasingly alarmed about the state of talks, fearing that climate goals will be watered down. They have been pushing in recent weeks to ensure that any potential bipartisan bill would be followed by a larger reconciliation package where broader progressive goals can be advanced.

“We have made our position clear, that the possibility of a bipartisan deal depends on a commitment to move forward on reconciliation,” said Sen. Brian Schatz (D-Hawaii) earlier this week.

Senate Minority Leader Mitch McConnell has repeatedly said that infrastructure is an area of potential bipartisan agreement, but has not yet signed on to the group’s deal.

“The devil’s in the details and we’ll have to make sure there’s not some kind of hidden tax increase in there, and I want to see that it’s credibly paid for,” he said during a radio appearance earlier Wednesday.

The topline for new spending on the proposal has now shifted to $559 billion, based on repurposing $20 billion in broadband funds, according to a source familiar with the matter. The source added that a tentative agreement on the framework is possible.