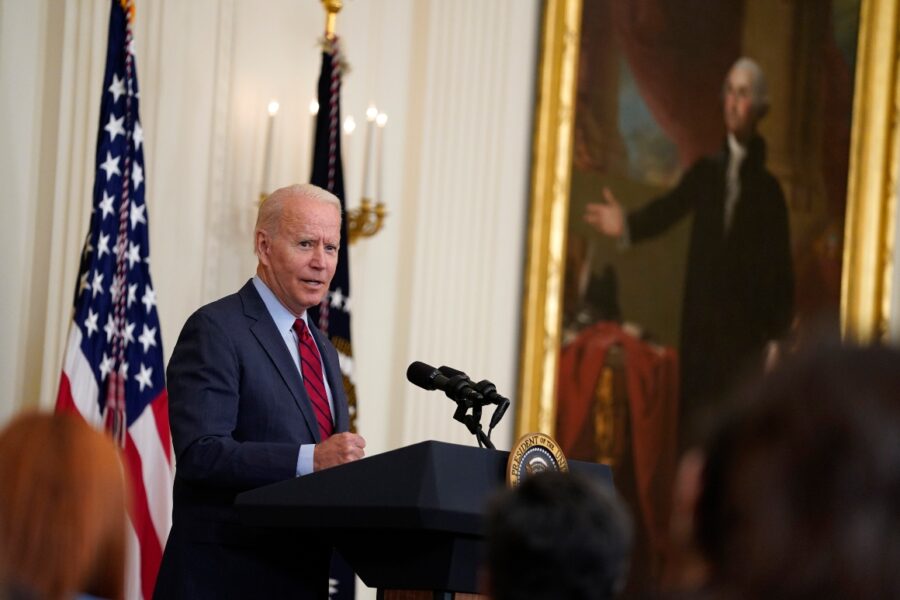 President Joe Biden on Thursday celebrated his successful brokering of a framework for a bipartisan infrastructure package, but warned that he would not sign the legislation he had just agreed to unless it was delivered alongside a potentially party-line bill that included his social welfare and family assistance priorities.

The president’s declaration, made less than two hours after he and a group of 10 senators appeared outside the White House to announce their agreement on a $579 billion proposal, comes at a particularly perilous moment for both measures.

The bipartisan package must now win the support of progressive Democrats and conservative Republicans, while the broader “human infrastructure” bill — likely to be routed through the legislative reconciliation process — must attract support from all 50 Senate Democrats to win passage.

But Biden seemed confident about the fate of the two proposals on Thursday afternoon, appearing vindicated that his sometimes-derided approach to bipartisan dealmaking had yielded results.

“Let me be clear: Neither side got everything they wanted in this deal,” he told reporters. “That’s what it means to compromise. And it reflects something important. It reflects consensus. The heart of democracy.”

Biden said his attention would now turn to legislating “the other half” of his economic agenda, “to finish the job on child care, education, the caring economy, clean energy and tax cuts for American families.”

Such examples of what Biden called “human infrastructure” are “inextricably intertwined” with the physical-infrastructure provisions he had negotiated with the working group of senators.

Biden also sought to assuage the more progressive members of his party who remain skeptical of the bipartisan package and have demanded that moderate Democrats commit to coupling it with an expansive reconciliation bill.

“To them, I say this: I’ve already shown in my young presidency that I’m prepared to do whatever needs to get done to move the country forward,” he said.

And in a more explicit pledge, Biden said he was “not going to rest until both [proposals] get to my desk.” In a later exchange with the White House press corps, he reiterated that if the bills “don’t come” together, “I’m not signing it.”

Those remarks by Biden were just one of several examples of an apparently emboldened president, who repeatedly boasted about his command of tenuous congressional negotiations and reluctance to deliberate publicly before members of the media.

On a few occasions, Biden bent down to whisper points of emphasis into the microphone, and he claimed to reporters that he knew the raw politics of the House and Senate “better than most of you know it.”

“Based on my being out on the street and polling data,” he said, “I think the people who need the help the most trust me to be fighting to get them the help they need.”