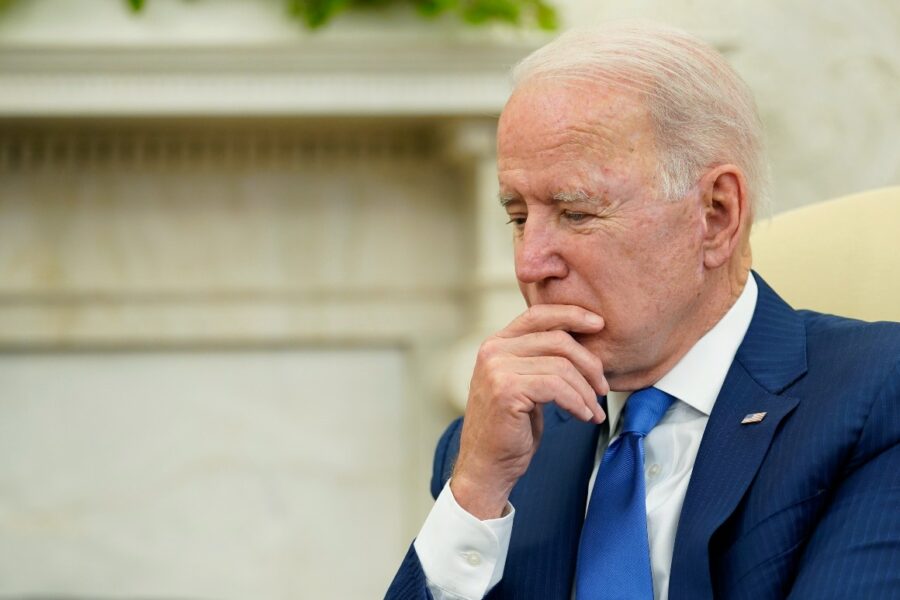 Not 48 hours after President Joe Biden had appeared to seal a landmark deal with Republicans, he was on the phone trying to save it.

Biden himself was making calls to members of Congress in an effort to salvage a nearly $600 billion infrastructure package, two people with knowledge of the calls said.

That was just one of the many steps Biden, top aides and allies were taking to avoid an unraveling of an agreement after the president in a press availability infuriated Republicans by threatening not to sign it if he wasn’t also sent a Democrat-only spending bill.

Biden acknowledged he erred in a lengthy statement he released on Saturday where he issued a complete reversal to his previous comments.

Moving forward, the White House’s strategy centers on highlighting the benefits of the infrastructure projects that would be funded under the agreement, according to a White House official. Part of that includes the president traveling to targeted spots in the country where those projects are to be funded.

On Tuesday, Biden is to head to Wisconsin, a battleground state the president won by less than a percentage point, to deliver remarks on the plan.

And since Thursday, White House officials and other administration staffers have been in touch with state and municipal officials — including local Republicans — to help organize them in an effort to bring consensus toward a bipartisan vote.

In calls, Biden relayed that he wouldn’t veto the infrastructure bill if the other spending package, the so-called Families Plan, didn’t end up passing in Congress.

All the activity comes after Biden enraged Republicans including negotiators on the deal said they were taken aback Thursday when he conditioned the signing of the infrastructure package with a Democrat-only plan that is expected to include a litany of items the GOP has long rejected.

On Saturday, the White House issued a formal statement to make his position clear.

“That statement understandably upset some Republicans, who do not see the two plans as linked; they are hoping to defeat my Families Plan—and do not want their support for the infrastructure plan to be seen as aiding passage of the Families Plan,” Biden said in the statement. “My comments also created the impression that I was issuing a veto threat on the very plan I had just agreed to, which was certainly not my intent.”

The statement went on to say, “So to be clear: our bipartisan agreement does not preclude Republicans from attempting to defeat my Families Plan; likewise, they should have no objections to my devoted efforts to pass that Families Plan and other proposals in tandem. We will let the American people—and the Congress—decide.”

Some Republicans on Friday said they viewed Biden’s comments as a deal breaker, saying Biden had not in negotiations mentioned an explicit tie between it and the Democrat deal.

The reversal comes after other, less overt attempts at allaying the backlash fell flat.

On Friday, top aides made calls to the Hill to enact damage control. White House Press Secretary Jen Psaki attempted to soften the president’s remarks on Friday, noting it was up to Congressional leaders to control the fate of legislation. Psaki later took to Twitter to specifically focus on the benefits of the bipartisan package.

But while progressives applauded Biden’s remarks, moderate Democrats were equally frustrated with the president’s remarks, with several top Democrats privately saying the president had just put at risk months of work. The fears are especially acute, they say, because the actual language of the deal have not yet been written. Beyond his Saturday comments.

Biden himself stepped in to more aggressively engage in damage control after other efforts seemed to come up short.
On Thursday, Steve Ricchetti, one of Biden’s lead negotiators, who a day earlier had been credited by the president for his efforts shepherding the deal, told Republicans that the White House was going to clarify the comments, two sources familiar with his efforts told POLITICO.

A White House official disputed a notion that Ricchetti suggested Biden may have misspoken — an impression that those two sources said was left. But by Saturday, Biden fully abandoned those statements, telling Republicans that they had every right to try defeating a Democrat-only spending package that would include more money for families and climate issues, among other priorities of Biden’s.