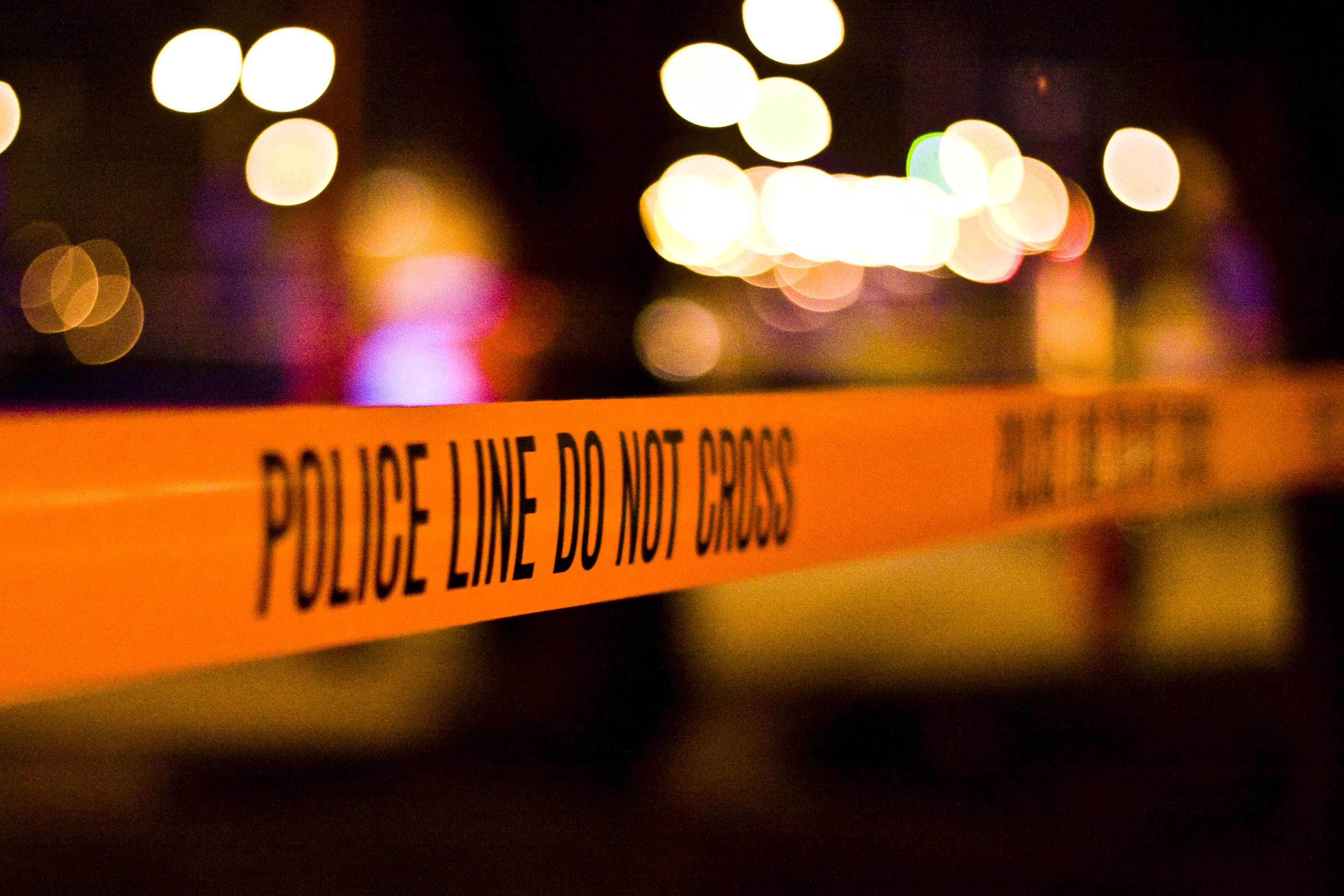 Crime and the American newspaper grew up together. As the press broke free from the political parties in the early 1830s, publishers like Benjamin H. Day of the New York Sun indulged the popular appetite with stories about violence, war, riots, suicide and crime — oodles of crime stories. The reader-pleasing, if-it-bleeds-it-leads formula the Sun and its imitators pioneered survives today, but recently critics both inside and outside the news industry would like to staunch the usual flow with some new practices.

Their argument boils down to this: Too much crime reporting unnecessarily stigmatizes both suspects and the convicted. To complicate matters, Google search has frozen into electronic amber every reported misdemeanor or felony, condemning the suspects to an eternity of shame. Under the “right to be forgotten” rubric, Cleveland.com (and sister institution, the Cleveland Plain Dealer), The Boston Globe, the Bangor Daily News and other newspapers have altered the way crime news should be preserved and retrieved. But before these right-to-be-forgotten fixes become journalism’s new orthodoxy, a fuller assessment of the purpose and meaning of crime reporting must be attempted so we don’t end up burning the house down to smoke out a single rat.

That crime reporting needs a rethink can’t be denied. Too many journalists rely on tired templates when filing from the police beat, blindly parroting what they read in the police blotter and failing to follow the story to its resolution. (The Associated Press just announced that it will stop naming suspects in minor crime stories because, in part, in most cases it fails to track those stories to their final outcome in court.) These lapses leave many suspects convicted in the popular imagination, even if they’re acquitted, and perpetually embarrassed as dated news stories surface and resurface on Google. It’s wrong, critics argue, for people to be turned away by a prospective employer over an arrest a decade ago for a single act of petty theft or vandalism: If you’ve done your time or were exonerated, the right-to-be-forgotten vanguard says, you shouldn’t have to continue to pay for the past.

A right to be forgotten is enshrined in European law. Thanks to the First Amendment, the right to be forgotten is a voluntary thing in America. The rules vary, but all of the right-to-be-forgotten newspapers allow individuals named in archived stories to petition the publication to delete their names from the pieces. At some papers, if the editors find for you, the story will be “hidden” from Google searches, or it might be updated to incorporate exonerating information that happened after initial publication, or your name might be erased from the text completely.

Right-to-be-forgotten initiatives aren’t exactly memory holes. Editors don’t approve all requests. Violent felonies, such as murder and assault, and crimes against children aren’t subject to review, nor are most stories about corruption, celebrities or public officials. At most newspapers, only misdemeanor stories that are five years old or felonies that are 10 years old qualify. Perhaps the best thing about this movement is that it recognizes archived stories as live documents, subject to correction and revision for accuracy’s sake. For too long, crime reporters have stowed their flawed stories in a memory hole of their own. This didn’t matter so much when the only usable newspaper archives were preserved on microfilm and hard to search. But as more and more publications have placed their archives online, the cost of searching the back pages for dirt — or even dust — on people has plummeted toward zero. By making the past so visibly present, Google has exposed the weakness of old copy. The press should welcome the chance to right the wrongs they commit in old stories, and this movement pushes editors in that direction.

But can we justify rewriting newspaper archives because old but accurate stories embarrass people? Exercising a right to be forgotten obviously helps those who wish to shield their past from scrutiny. But it inflicts potential harms on job recruiters, loan officers, prospective business partners, dates and others who want an accurate gauge of someone’s long-term reputation. As a journalism handbook put it a century ago, crime coverage isn’t solely about feeding prurient interest. It warns the public of criminal activities, making the community safer. It informs them of how well the police are doing their job of maintaining the peace. It aids in the punishment and deterrence of crime. Setting those justifications aside, if justice is truly served by blanking the names of misdemeanants from old news stories, why limit excision to the names of right to be forgotten petitioners? Why not proactively delete the name of every misdemeanant listed in five-year-old stories?

Deleting names from old stories isn’t a perfect solution. If I want to find a damaging story about you that Cleveland.com has changed, I can still find the original version trapped in the super-amber of the Internet Archives’ Wayback Machine, which only preserves stories. All the right-to-be-forgotten measures do is add a level of difficulty in finding old, humiliating stories about you. They can’t really erase your past.

The call to revise old stories wouldn’t be happening if newspapers hadn’t made their archives available to the Google search engine, which made mass searches possible. Had newspapers withheld their archives from the Google crawler, people would have to search one newspaper at a time for names. The Bangor Daily News seems to get this. If you petition the Daily News about an embarrassing story and it approves your request, it won’t delete your name from the archives. It will merely blind the Google search from seeing it. If you’re determined to find a story that’s been removed from Google’s crawler, you have to submit the query directly to the newspaper’s search box.

This is a better alternative to deleting names, but it’s not perfect. Removing a story from Google search makes the crime, the victims and the alleged victims named in the story more difficult to track, thereby reducing their competing right to be remembered. A better way to break the hold Google has placed over your reputation would be to create useful content about your identity that would push an old story about your misdemeanor offense to the second page of a Google search. You can do this yourself or pay a service to do it for you. If you think your reputation is yours to protect, this is the most elegant remedy.

There’s something quaint about the right-to-be-forgotten movement. Crime news has traditionally ranked as the most popular topic in the press, just after weather. Back when newspapers were fat and newsrooms were full, the crime blotter filled the pages. Following the great newspaper collapse of the late aughts, newsroom staffs were cut, which meant fewer journalists ended up reporting from the police blotter and fewer column inches were given to the coverage of crime, driving down the crimes reported. Over the past two decades or more, the national arrest rates for nearly every misdemeanor offense category have declined, according to one academic study. Further reducing the chances your name will end up in a crime story is the fact that violent crime has also been falling. It’s slightly ironic that the call to forget old stories comes at a time when economics have conspired to depopulate newspaper of crime stories.

The right-to-be-forgotten proponents have done us a great service by underscoring how good journalists are at publishing news about arrests but how wretched they are recording innocence, exoneration or dropped charges. But the solution to this journalistic shortcoming isn’t to blank the names of suspects from old stories or to hide them from Google. If the arrest of a suspect is newsworthy enough to be reported in a newspaper, the exoneration or the dropping of charges should be equally newsworthy. Newspapers have no excuse for not updating old stories to reflect the changed status of a suspect. To the contrary, newspapers would become more accurate and more useful if they routinely updated these stories in their archives. As a practical matter, editors could attach a “tickler” to arrest stories reminding them monthly to add updates until the cases are resolved.

As for hiding or blurring stories about the confessed or convicted just because time has passed, we can’t afford to be so generous. We can call out the press for having made a botch of crime coverage in the past, most recently with the exploitative “mug shot galleries” so many newspapers tossed up on the web and have now shuttered. Journalists can and should question police accounts of crime, which can bear little semblance to the truth. But if a crime story is true and the reporting is fair, a newspaper has nothing to apologize for, even if the story burdens its subject years after the fact. The newspaper’s responsibility to its readers comes first. We should not be so eager to unring history’s bell.

For competing takes on the right to be forgotten, see The Washington Post’s Erik Wemple and the NiemanLab. Exercise your right to be remembered with email to Shafer.Politico@gmail.com. My email alerts are pro-erasure. My Twitter feed can’t even spell “misdemeanor.” My RSS feed is in jail, awaiting trial for the many crimes it totally committed.