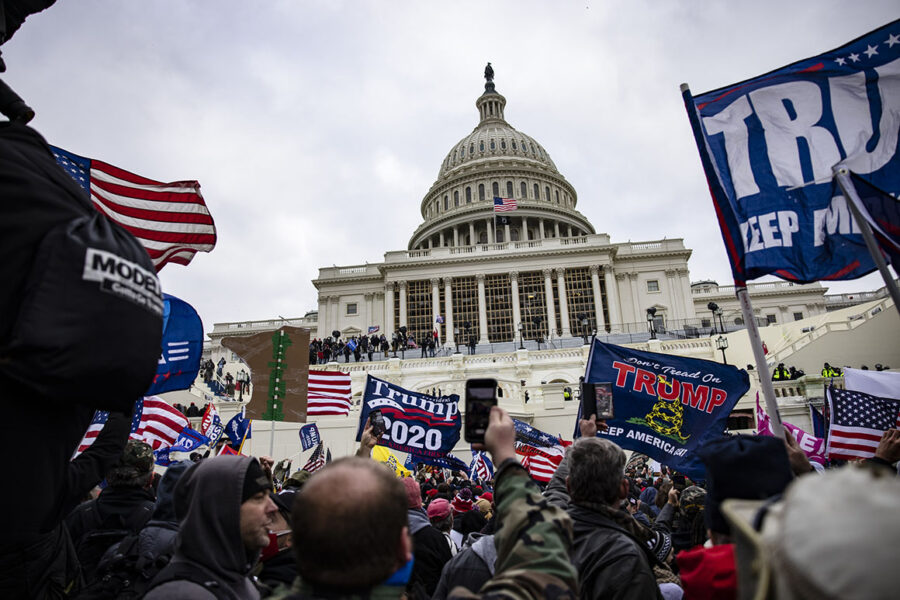 In the days after the deadly Capitol attack on Jan. 6, tension among House Republicans was so high that one of them privately suggested some GOP colleagues be punished for their roles in encouraging the riot.

This GOP lawmaker drafted a list of about half a dozen fellow Republicans who had cheered on the pro-Donald Trump rally that turned violent that day, according to two sources with direct knowledge of the maneuver. The sources said Reps. Mo Brooks (R-Ala.) and Paul Gosar (R-Ariz.) were on the list but declined to identify its author — a sign that the scars from the insurrection remain deeply painful for members of both parties.

But the fact that the list even made the rounds, in hindsight, shows how sharply the political winds have turned for Republicans reckoning with Trump’s legacy and future. Only 10 House Republicans voted to impeach the former president for his role in the Jan. 6 riot, and most have said little since on the matter. There is close to zero appetite within their party now to break with Trump.

And Trump is once again the GOP’s undisputed kingmaker, holding rallies and flexing his grassroots fundraising might as he seeks to influence Republican primary campaigns. House Democrats are likely to take full advantage of that political reality as they move ahead with a select committee to examine the siege on Congress.

Which leaves Republicans with a big challenge: how to discredit and distance themselves from that investigation — which moderates and conservatives alike are criticizing as a partisan setup — and retake the House in 2022, a tantalizingly close possibility that would doom President Joe Biden’s domestic agenda.

“Unfortunately, right now, it seems like we’re incapable of having the serious or the real conversations about these things because everybody’s trying to utilize it for electoral gain one way or the other,” Rep. Kelly Armstrong (R-N.D.) said in an interview.

Trump allies, including House Minority Leader Kevin McCarthy, are already preparing for the Jan. 6 committee to turn into a partisan cage match. McCarthy has yet to indicate whether he plans to name Republicans to the panel, saying Monday night that he wants to hear more details before deciding. 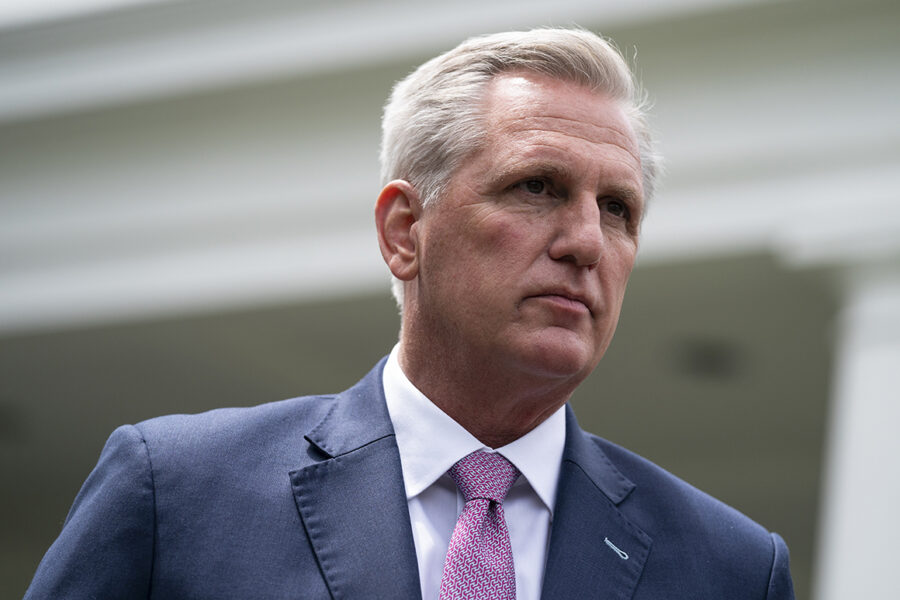 Privately, lawmakers predict that McCarthy — if he opts to appoint members — will gravitate towards controllable Trump acolytes who can work to snarl the select committee’s progress.

Already some of the GOP’s biggest firebrands are asking McCarthy to join the panel, with Rep. Marjorie Taylor Greene of Georgia publicly pushing to be seated on the panel. Rep. Matt Gaetz of Florida is also openly expressing his interest. And Rep. Lauren Boebert of Colorado is also seeking to land a spot, according to GOP conference sources.

On the other end of the House Republican spectrum, two members who voted to certify Trump’s loss said on condition of anonymity that they want nothing to do with the select committee out of fear that its work would capture Trump’s notice.

“I worry that a more partisan committee will make it harder for the findings of the investigation to be viewed as credible by the broad swaths of the electorate, and that’s my main concern,” said Rep. Peter Meijer (R-Mich.), who voted to impeach Trump in February.

Rep. John Katko (R-N.Y.), another pro-impeachment voter who opposes the select committee, told POLITICO: “It’s exactly what I was hoping we wouldn’t have, because it’s going to be politicized.” Katko worked with Democrats to negotiate a 9/11-style commission to examine the insurrection, but GOP leadership ultimately torpedoed his efforts.

Yet two of Trump’s most active critics in the party, Reps. Liz Cheney (R-Wyo.) and Adam Kinzinger (R-Ill.), have declined to pull their names from consideration as House Speaker Nancy Pelosi’s potential GOP appointee to the committee.

The vast majority of House Republicans who are wary of the select committee have their reasons: They claim it will be a partisan effort to attack Trump and warn that McCarthy could be called as a witness as Democrats seek further details from a profanity-laced phone call he had with the former president during the attack.

McCarthy has said he’s willing to testify and repeated that sentiment Friday, responding that “I have no problem talking about Trump.”

Democrats are eager to use the moment to make McCarthy’s conversation an uncomfortable one. Rep. Jamie Raskin (D-Md.), the lead impeachment manager during Trump’s Senate trial in February, said most Republicans have moved on from the attack in record time.

“There were people who went from being brave defenders of the House door to revisionists, asserting that the whole thing was a ‘tourist group.’ And that did happen in record time,” Raskin said in an interview, adding that “we are all partisan to different degrees, but there’s certain things where we shouldn’t be partisan.”

Raskin’s party isn’t alone in looking for McCarthy to take a stronger stand against Republicans who have downplayed the pro-Trump riot. D.C. Police Officer Michael Fanone, who was injured during the response on Jan. 6, pressed McCarthy during a meeting Friday afternoon to chastise those GOP lawmakers. According to Fanone, McCarthy said he would handle it on a “personal level,” a response that disappointed the officer.

But House Republicans have their own scores to settle over the insurrection.

Chief among them is the allegation by Rep. Mikie Sherrill (D-N.J.) that some GOP members participated in reconnaissance of the Capitol ahead of the Jan. 6 attack — a claim she has yet to substantiate.

Sherrill, a former Navy pilot who also previously worked in the U.S. attorney’s office in New Jersey, said she has turned over information about what she saw on the eve of the riot to federal investigators, noting that any action on such material tends to take time.

“We’re seeing information come out about the planning that went into that,” Sherrill said. “I don’t really want to comment on what I’ve seen. Some of it is still under investigation, so it hasn’t been publicly released right now.” 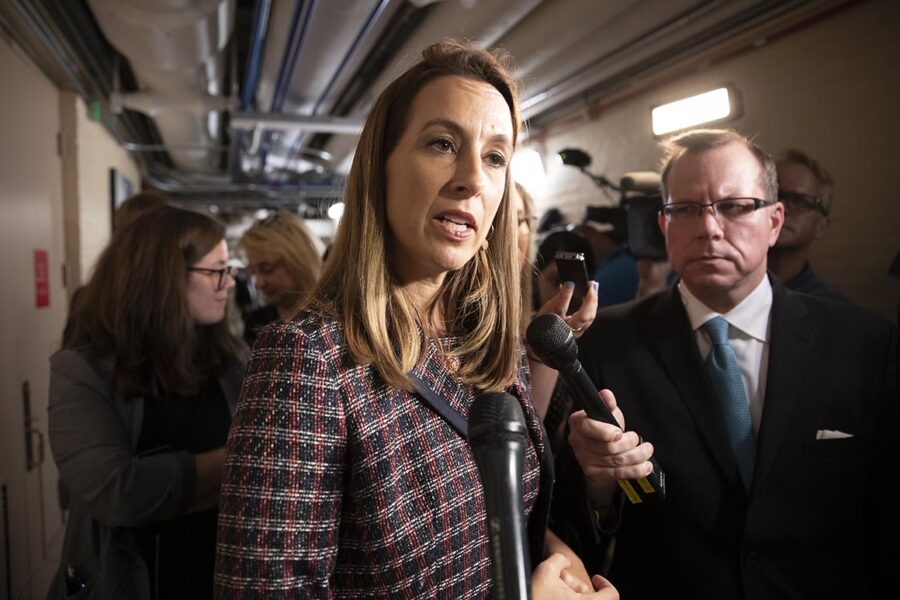 Sherrill said she hopes the Jan. 6 select committee can help shed light on tours she claims she saw members of Congress conduct when such movement through the Capitol was restricted due to the pandemic.

Her GOP colleagues are unmoved and in some cases infuriated by her charges. Republicans argue that Sherrill shifted the burden of proof onto them while failing to offer evidence to support her allegation. GOP staff on the House Administration Committee have reviewed security footage from the two days before the riot, watching hundreds of hours of tape, according to panel Republicans — finding nothing to suggest a reconnaissance tour.

In addition to seeking an apology, a group of House Republicans have filed an ethics complaint against Sherrill.

“They know that they’re making this up and they know they’re liable for it, and they’re just looking for a scapegoat,” said Rep. Barry Loudermilk (R-Ga.), who is leading the ethics complaint against Sherrill.

Despite the spiking intensity over the select committee, there are signs of a post-insurrection thaw in the House after tensions erupted on the floor. Many Democrats had refused to work with Republicans who voted against certifying Biden’s win, but that sentiment is fading somewhat.

And Rep. Mark Green (R-Tenn.) has teamed up with Rep. Haley Stevens (D-Mich.) to host dinners designed to reach across the aisle. They dubbed their gatherings the “Reagan-O’Neill Club,” inspired by former President Ronald Reagan’s ability to put partisanship aside and socialize with former Speaker Tip O’Neill (D-Mass.) in the 1980s.

“That relationship caused them to work together to solve the country’s problems,” said Green, noting that no politics was discussed when Reagan and O’Neill met after hours. “We are not asking people not to fight for their ideas but hoping that as we get to know each other’s stories, we will dial down the rhetoric and get something done.”