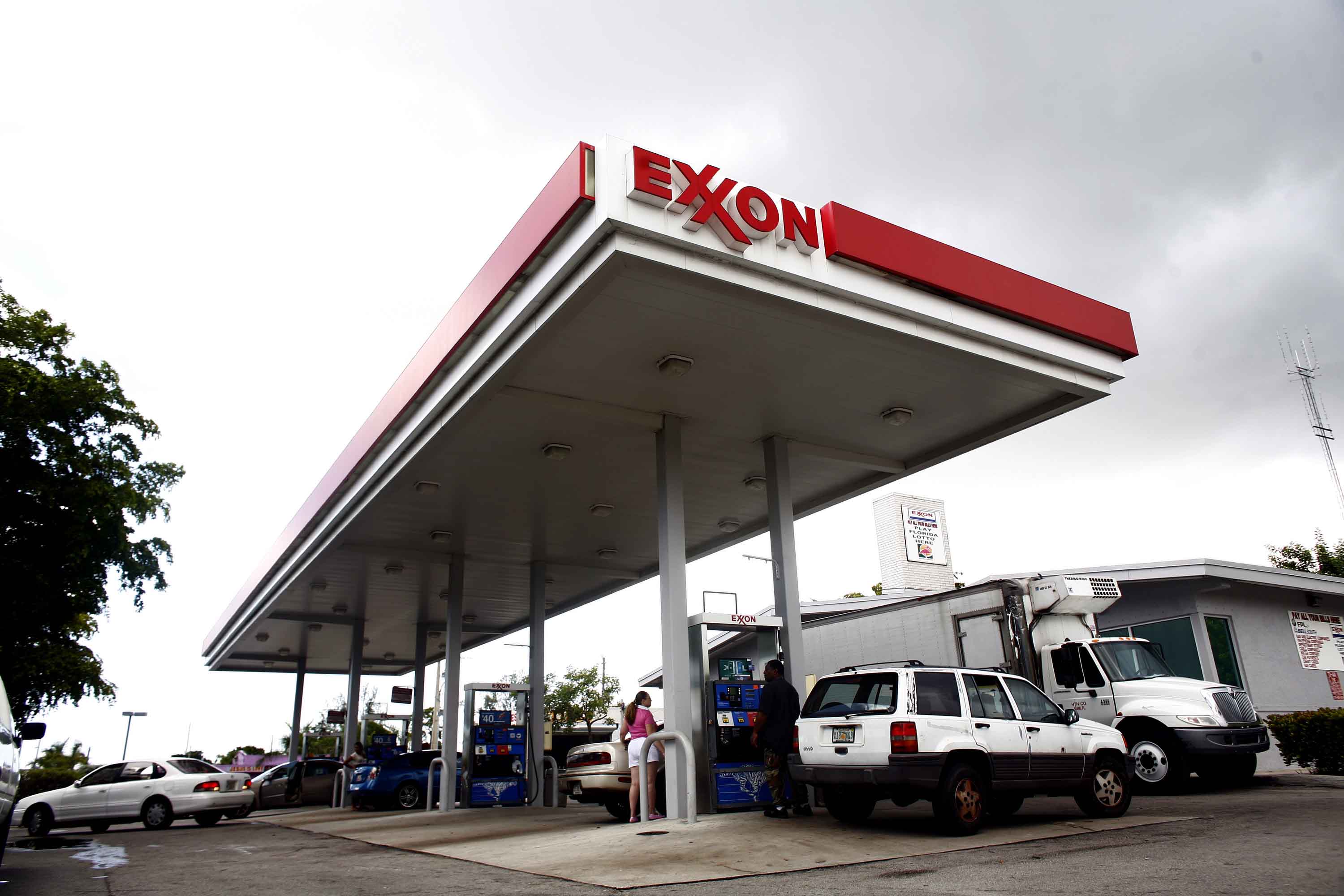 A recently leaked draft report written by some of the world’s top climate scientists blamed disinformation and lobbying campaigns — including by Exxon Mobil — for undermining government efforts to reduce greenhouse gas emissions and increasing the dangers of global warming to society.

The draft report, which has been reviewed by POLITICO and other news organizations in recent days, is part of an upcoming review of climate science by the Intergovernmental Panel on Climate Change, a body that brings together scientists from around the globe to examine the state of climate research. The draft dedicates part of its North America section to public “resistance to climate change science.”

Details from the leaked report began emerging last week, days before a British television broadcaster aired a video showing a top Exxon Mobil lobbyist admitting the company worked with “shadow groups” that engaged in disinformation campaigns around climate science, a tactic that allowed the company to avoid direct scrutiny. The news has prompted some Democratic lawmakers to step up efforts to force oil majors to disclose money flows to groups that seek to undermine climate action.

“Rhetoric on climate change and the undermining of science have contributed to misperceptions of the scientific consensus, uncertainty, unduly discounted risk and urgency, dissent, and, most importantly, polarized public support delaying mitigation and adaptation action, particularly in the US,” the report said.

On Wednesday, Britain’s Channel 4 broadcast a video of Exxon lobbyist Keith McCoy telling Greenpeace UK activists who were posing as headhunters that the oil giant would “aggressively fight against some of the science” including by using third-party “shadow groups.” McCoy also noted his lobbying efforts to strip climate provisions from President Joe Biden’s infrastructure proposal, many of which were dropped in a $1.2 trillion compromise framework.

The IPCC report said disinformation tactics have created “risks to society” because they have prevented governments from responding to the dangers from climate change.

The draft is subject to approval by governments and the language may change before it is released. But the presence of the language on disinformation campaigns in the draft represents an unusual political rebuke from the science community in its most high-profile climate report — which is produced about every seven years.

Rep. Ro Khanna (D-Calif.), who chairs the environment subcommittee of the House Oversight and Reform Committee, said he has “spoken to a number of people in leadership” about issuing subpoenas to compel testimony from Exxon, Chevron, and other oil and gas companies at forthcoming hearings on dark money influence on climate change disinformation and the role social media plays spreading climate falsehoods.

“It is a major problem. One of the reasons that we haven’t had action is that we don’t have a common source of facts,” Khanna told POLITICO. “Until we solve the climate disinformation issue or at least mitigate the issue, it becomes very hard to build a broad-based political consensus that is needed to take the kind of bold steps that are needed to tackle the crisis.”

Exxon did not respond to a request for comment. CEO Darren Woods said in a statement on Wednesday the company “condemn[s] the statements,” which he said did not represent the company’s stances on climate change.

Veterans of the last major climate battle in Congress on either side of the aisle agreed that falsehoods and distortions of climate science upended chances of passing legislation.

Former South Carolina Republican Rep. Bob Inglis told POLITICO that he underestimated how influential dark money groups were at steering climate inaction. Inglis attributed part of the reason he lost a 2010 primary election to his support for a carbon tax as an alternative to cap-and-trade legislation authored by then-Rep. Henry Waxman (D-Calif.) and Ed Markey, now the junior Democratic senator from Massachusetts.

“I was apparently a little bit slow to understand,” Inglis said. “It looked like grassroots, but it’s really astroturf. But you gotta hand it to them: They had quite a supply chain of astroturf that they delivered to certain districts and rolled it out — rolled right over me.

“They did a much better job than the buggy whip manufacturers introducing doubt about Henry Ford’s machine,” he added.

Waxman’s cap-and-trade bill passed the House in 2009 but ultimately died in the Senate. He said climate disinformation, dark money groups and the fossil fuel industry played an integral role in the legislation’s fate. He told POLITICO that the IPCC identifying that behavior as an obstacle to climate policy would be “a wake-up call for a lot of people who might not come to the conclusion that they’ve been lied to by a campaign of misinformation.”

Exxon in particular has been the subject of criticism over revelations that it for decades funded groups that sowed doubt about the certainty that humans drive climate change, largely through burning fossil fuels, despite its own internal research confirming that science.

Trade associations like the U.S. Chamber of Commerce and the American Petroleum Institute, which count fossil fuel companies as members, also have historically lobbied against climate action. Both have recently modified their positioning on climate, though critics contend they do not go far enough in advocating for policies that would reduce greenhouse gas emissions at the scale necessary to keep global temperatures in check.

“As outlined in our Climate Action Framework, the size of the global climate and energy challenges we face require a mix of government policies, industry actions and breakthrough innovation investments, and there’s no place in this debate for disinformation,” Megan Bloomgren, API senior vice president of communications, said in a statement. “Our industry is out front and transparent in the positions we take and advocate for while we drive measurable action to reduce emissions and deliver the energy the world needs.”

The Chamber of Commerce could not be immediately reached for comment.

Robert Brulle, an environmental politics professor at Brown University who submitted comments to the IPCC urging inclusion of the disinformation section, told POLITICO he is curious whether that section will make it to the final version because governments ultimately have to approve it.

Brulle said the dynamic is well-documented in peer-reviewed studies, but that acknowledging the perversion of science and discourse by fossil fuel interests could be anathema to countries overwhelmingly dependent on oil and gas revenues, such as Saudi Arabia and Russia.

“That’s really not a scientific decision, that’s a political decision to ignore that,” he said.