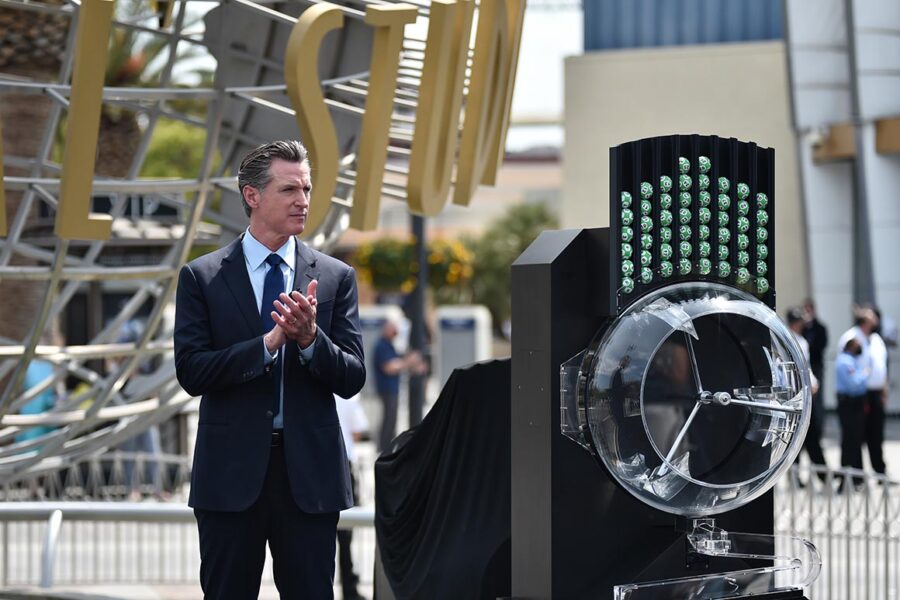 OAKLAND — A surprisingly early California recall election has Gov. Gavin Newsom looking to capitalize on his momentum and Republicans trying to catch up.

State officials have called the election for Sept. 14, and ballots will hit mailboxes weeks before then. The short timeline, enabled by Democratic allies of the governor, buoys Newsom’s prospects as he looks to convert a rebounding economy and stabilizing poll numbers into a vindicating victory. His conservative foes, on the other hand, have just two weeks to declare their candidacies and a tight window to cut into Newsom’s overwhelming fundraising advantage.

While the Democratic governor is riding a wave of political momentum, an extra-contagious coronavirus variant and a potentially devastating wildfire season threaten to derail that progress, adding additional pressure for a speedy vote. California is seemingly in perpetual crisis, so Democrats are looking to seize a quiet window when they can find one.

“When things are going well you want to get the recall over with as quickly as possible,” said Democratic consultant Roger Salazar, who advised former Gov. Gray Davis before Davis was ousted in the state’s only other gubernatorial recall. “Three months is a lifetime in politics, and you never know what could transpire,” so “you want to get the hazard behind you as quickly as you can.”

It has been clear for months that voters would decide Newsom’s fate in 2021 after anger over his Covid-19 restrictions led two million Californians to sign recall petitions. But the lack of an election date had cast lingering uncertainty over the contest even as both Newsom and Republican rivals have treated an eventual vote as inevitable. Until recently, conventional wisdom had been that the recall would occur in late October or November, the autumn window that voters are familiar with.

Republicans have struggled to gain traction and are well behind on fundraising while Newsom collects big checks from unions and business groups — most recently $1.1 million from the California Building Industry Association. Reality TV star Caitlyn Jenner has continued to land national interviews, particularly on Fox News and other Fox-affiliated outlets. But she polled in fourth place among Republicans in May and lacks a voter base in California as a political neophyte, raising most of her money out of state.

GOP challengers have been attacking Newsom on California’s growing levels of homelessness, one of the governor’s biggest liabilities, according to polls. Businessperson and 2018 gubernatorial candidate John Cox has gone around the state with an 8-foot ball of garbage in an appeal to voters over visual blight resulting from people living along freeways and streets — an association that has drawn criticism already. Kevin Faulconer is campaigning on his own record as the former San Diego mayor, asserting that he reduced homelessness in his city and would increase shelters — alongside greater enforcement against public camping.

Meanwhile, the Delta variant’s rapid spread has prompted Los Angeles officials to recommend that vaccinated residents wear masks indoors, raising the specter of the kind of renewed restrictions should things get worse. If state leaders needed a reminder, the California State Capitol itself experienced a surge of seven cases since relaxing its guidelines — including two breakthrough infections of vaccinated individuals — prompting health officials to recommend that all lawmakers and employees get a Covid-19 test this week.

Rising temperatures, combined with a withering drought, have California bracing for a fire season that could again set new records for destruction. And the state’s energy grid operator is already invoking emergency powers to buy extra electricity supplies this summer so California avoids the blackouts that occurred last year.

Newsom and fellow Democrats, meanwhile, have never deviated from their central argument: The recall is a distraction, driven by national Republicans and allies of former President Donald Trump, that threatens to upend California’s progress on immigration, healthcare, gun control and other progressive issues.

“The eyes of the nation are on California,” said U.S. Sen. Alex Padilla (D-Calif.). “People around the country are looking to us to see which vision of the future we choose.”

In a tumultuous election already marked by reversals of fortune for Newsom, even the process of picking a date became contentious and laced with partisan strife. The Democratic-controlled Legislature sped Newsom a bill this week that accelerated the election date by waiving a 30-day legislative review, spurring a backlash from Republicans who accused their counterparts of changing the process to Newsom’s advantage.

Assemblymember Kevin Kiley (R-Rocklin), a vocal recall proponent mulling a run himself, excoriated the “disturbing” decision to change the rules midway through a campaign to allow “an incumbent politician to retain his hold on power.” During floor debate, Kiley read aloud a prior tweet from state Sen. Steve Glazer (D-Orinda), who was the most vocal about how Newsom could benefit from an earlier election.

“I don’t think anyone is pretending this is anything other than using the power of the governor’s current office to try and beat back a threat to that power,” Kiley said in an interview. “The recall is ultimately a response to the corruption of our politics,” he added, “and the response we’re now getting from our politicians is to be even more corrupt. So it just feeds into the rationale for this movement coming together in the first place.”

Democrats were unmoved by Republican complaints.

“They demanded an election, and we are delivering an election — apparently, more efficiently than they would like,” said Glazer, a former political adviser to Gov. Jerry Brown. “Their complaints are crocodile tears.”

Another potential benefit to Newsom from the Sept. 14 election date: It falls weeks before Newsom would have to act on hundreds of bills sent at the end of the legislative session. He can avoid political blowback by holding those bills in abeyance.

Democrats have projected confidence about the date, with Long Beach Mayor Robert Garcia arguing on a Friday call that “whether it happens in September or happens later, it would be defeated.” But the all-mail election means ballots will land in mailboxes by mid-August, increasing a sense of urgency. While Democrats have the overwhelming numerical advantage, polls show conservatives are more motivated to vote.

“This election is just a few weeks away,” said Assemblymember David Chiu (D-San Francisco), urging Newsom supporters Friday to communicate with voters. “The risks of low turnout, the risks of an uninformed electorate,” Chiu added, “could be catastrophic for our state.”

Candidates and party leaders aren’t the only ones scrambling.

An organization representing local elections overseers had exhorted Lt. Gov. Eleni Kounalakis not to set an election before Sept. 14, arguing any earlier would make it logistically impossible to train poll workers, secure voting places and locate enough paper for ballots. While Kounalakis said in a statement that the date “provides the time needed for officials to prepare and inform voters,” county overseers will have a slim margin for error.

Making their task even more daunting, Newsom has signed a law requiring elections officials to mail every eligible, registered voter a ballot. The full list of names that will appear on ballots won’t be available until 59 days before the vote, which is the filing deadline for prospective candidates. And because there are no limits on how many people can run in the recall, those ballots could be quite long.

“We still have the concerns on the supply chains for the ballots and the envelopes, plus being able to secure the locations that we need,” said Sutter County Registrar of Voters Donna Johnston, head of the California Association of Clerks and Election Officials. “It will still be a crunch.”

Meanwhile, Newsom is facing a surprise headache. A filing error by a campaign attorney means that Newsom may not have his party preference listed on the ballot. Newsom’s attorneys are going to court to change that — setting Newsom against Secretary of State Shirley Weber, whom he appointed months earlier to great fanfare. A filing from Newsom’s team this week argued that leaving off his party designation would be “fundamentally unfair” to the governor and “lead to absurd results.”

Newsom’s team is due in court next Friday, a week before the cutoff to make ballot changes.