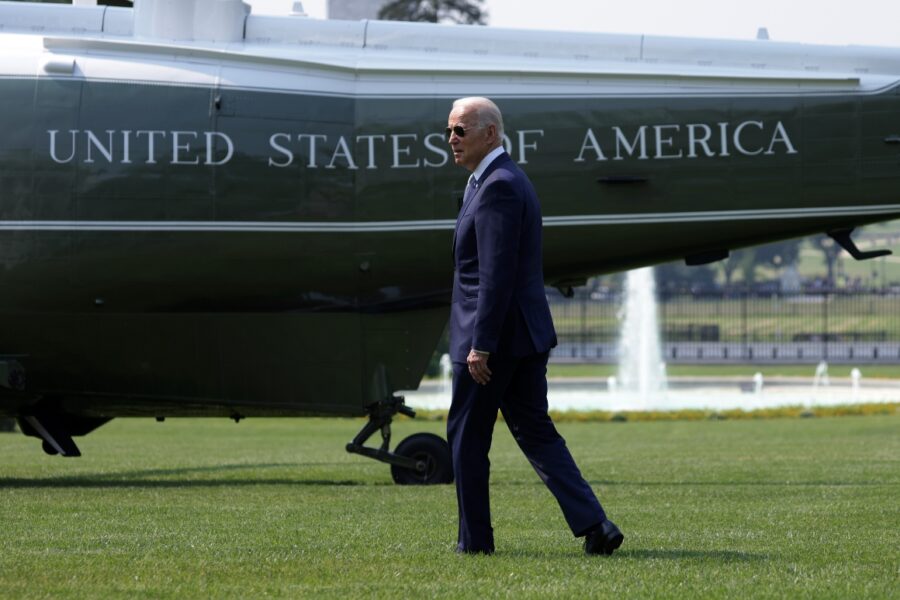 CRYSTAL LAKE, Ill. — President Joe Biden on Wednesday ventured into an Illinois county that Donald Trump won twice, then tried selling a plan that would turn off most MAGA supporters.

This is the next phase of the White House’s ambitious infrastructure package — what it has dubbed the “Families Plan” — and the administration is making clear that even after landing a deal with Republicans on traditional infrastructure, it hasn’t dropped priorities important to his party’s base. In that sense, his visit Wednesday was as much about the audience watching back in Washington as it was for the small crowd, which included a host of local political luminaries, gathered at McHenry Community College to hear his remarks.

While on a tour of McHenry Community College, Biden was asked how he planned to advance his plan after Senate Minority Leader Mitch McConnell vowed he would fight the legislation. Biden painted McConnell as duplicitous, having made a similar vow before Biden advanced a massive Covid-19 rescue package earlier this year, then bragging about the goodies he brought back to his state.

“Mitch McConnell loves our programs. Did you see what Mitch McConnell said? He told me he wasn’t going to get a single vote in order to allow me to get, with the help of everybody here, that $1.9 trillion tax cut — I mean, excuse me, program to — for economic growth,” Biden said. 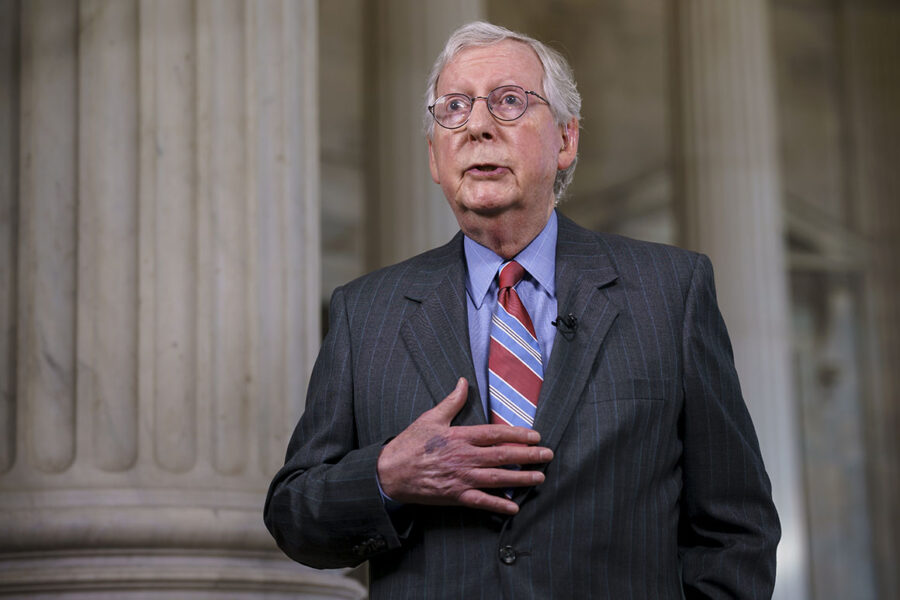 “Look it up, man. He’s bragging about it in Kentucky: ‘It’s a great thing for Kentucky. It’s getting $4 billion to help [the] poor.’ It’s amazing. Check out Mitch McConnell. You can even see it on TV.”

The White House doesn’t expect to get congressional Republicans on board the Families Plan, but it is attempting to drive up public support — and hopefully polling numbers — for its initiatives.

It is a similar strategy to how Biden sold his Covid relief package, which passed with only Democratic support in Congress. While Republicans didn’t vote for it, the White House insisted it was bipartisan because of the strong polling numbers backing the nearly $2 trillion relief package.

Biden’s visit comes less than two weeks after Biden forged a bipartisan agreement with Republicans and moderates in his party to invest $1 trillion in infrastructure projects like bridges, roads and broadband internet. That deal, however, did not include many of the initiatives that progressives had long pushed, including free college, expanded preschool, elder care funding and a boost to climate investments.

Biden backpedaled on a pledge that he would only sign a bipartisan infrastructure bill “in tandem” with the reconciliation package that Democrats expect to pass on their own.

Biden made his latest pitch in this community that’s about 50 miles outside of Chicago. While Crystal Lake is a bustling suburb that’s an area retail hub, McHenry County stretches into more agricultural and rural areas.

At least 100 Trump supporters lined the streets en route to the Biden event, with one holding up a sign that read “MAGA country.” Some supporters carried flags that said “Biden Sucks” or simply “Q”, standing for QAnon. 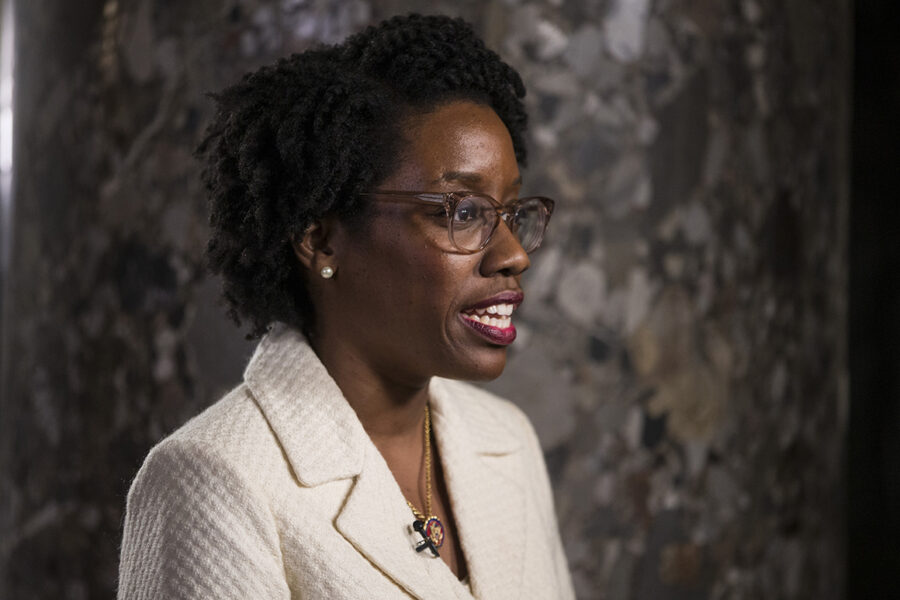 Trump won McHenry County here twice but Democrats flipped two congressional seats that take in parts of the county. They barely hung on to one of them though in 2020, with Rep. Lauren Underwood (D-Ill.) ending up in one of the closest contests in the country, winning by 5,400 votes out of more than 400,000. Biden gave Underwood a couple of shoutouts during his visit, including in his official remarks. During a tour of the college, Biden pointed to Underwood and said, “This woman here, hang on to her.”

Underwood, in an interview after Biden’s remarks, said constituents here, no matter the ideological spectrum, want some of the same things: better health care or help taking care of their kids or elderly parents.

“McHenry County is a competitive community. I won in ‘18, right? We’ve seen the opportunity for more Dems to win and compete in this area but it’s competitive,” Underwood said.

“This was not about an election speech, it was not about a campaign. This is about bringing his ideas for how America is going to move forward post-pandemic, to a community that I think is representative of the country. We are on the intersection of suburban and rural.”

As Biden exited the state, however, Republicans lobbed criticism at his plan, calling the Families Plan the president’s “American Bankruptcy Plan,” saying it was rife with tax increases and free spending. They also lamented high gas prices and warned they could be a sign of inflation on the rise.