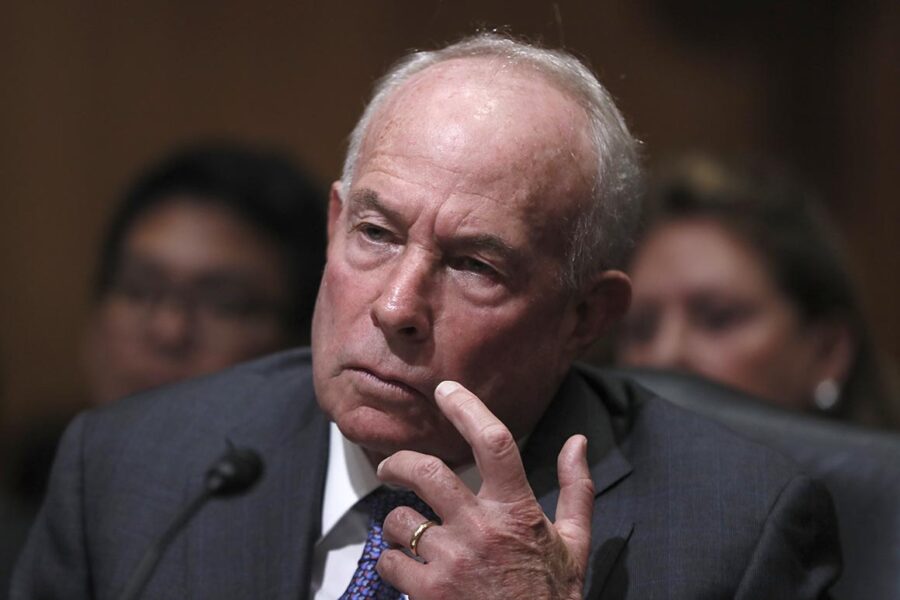 President Joe Biden on Friday fired Social Security Commissioner Andrew Saul, a Trump administration appointee, after he refused to resign from the post.

The move follows a tension-filled two-year tenure as congressional Democrats and elderly and disability advocates pushed for the president to oust Saul, who was known for his staunch anti-union stance that became increasingly controversial as the executive agency dealt with federal employee unions amid the Covid-19 pandemic. Democrats also blamed Saul for delaying stimulus checks sent out earlier this year.

But Saul told the Washington Post, which first reported the news, that he would not leave his post and would challenge the legality of the firing. He called his termination a “Friday Night Massacre,” and said he’s a “term-protected Commissioner of Social Security.” He told the Post he would still sign on to work Monday remotely from his New York home.

The commissioner had frequently clashed with labor unions during his time at SSA, with leaders of two unions calling for Biden to fire him on day one of his administration. The agency was a focal point in the Trump administration’s efforts to sideline the federal employees unions, among one of the quickest acting agencies in implementing executive orders aimed at slashing union bargaining power.

“Since taking office, Commissioner Saul has undermined and politicized Social Security disability benefits, terminated the agency’s telework policy that was utilized by up to 25 percent of the agency’s workforce, not repaired SSA’s relationships with relevant Federal employee unions including in the context of COVID-19 workplace safety planning, reduced due process protections for benefits appeals hearings, and taken other actions that run contrary to the mission of the agency and the President’s policy agenda,” the White House said in its statement.

The termination is abnormal, as the heads of independent agencies such as the SSA don’t turn over with a new administration. Biden similarly removed Mark Calabria as the regulator of U.S. mortgage giants Fannie Mae and Freddie Mac last month, hours after the Supreme Court gave him the power to do so.

The White House on Friday cited the recent SCOTUS ruling, saying it gives the president the authority to remove officials like Saul, whose six-year term was set to end in January 2025.

The Justice Department’s Office of Legal Counsel signed off on Biden’s move, concluding that two recent Supreme Court decisions including on Calabria indicate that Congress’ effort to limit the president’s dismissal power over the Social Security commissioner is unconstitutional. In another case last year, the court ruled that Congress could not limit the president’s power to dismiss the head of the Consumer Financial Protection Bureau.

Biden and other administration officials have been sued by one Trump appointee they fired. Roger Severino, who was appointed to the council of the Administrative Conference of the United States in the final days of Donald Trump’s presidency, said the Biden administration requested his resignation on Feb. 2. If he did not accept, he alleged, he would be removed from his post. He filed the lawsuit on Feb. 3.

The latest court filing from Thursday fleshes out the administration’s argument that the president has broad power to dismiss appointees like Severino or Saul.

“Because the President possessed the statutory authority to terminate Severino’s service, and no constitutional bar precluded his exercise of that authority, the amended complaint fails to state a claim for which relief can be granted,” reads the document, in which administration attorneys have moved to dismiss the case.

“Commissioner Saul and Deputy Commissioner Black were both confirmed by a wide, bipartisan margin in 2019. Saul and his team have admirably focused on service to beneficiaries, and steered the Social Security Administration through the pandemic with success,” Grassley said in a statement. “Their terms didn’t expire until 2025, and there was no reasonable justification for these removals.”

“The leadership of the Social Security Administration under these men has been marked by a stunning streak of disregard, callousness, and destruction of the agency,” Pascrell said in a statement. “Saul and Black acted as foxes in the henhouse. Their agenda was not to protect Social Security but to impose cruelty on America’s seniors and disabled. Their removal is overdue and welcome.”

Saul, 74, a wealthy former women’s apparel executive and prominent Republican donor, was confirmed as SAA commissioner in early 2019. He was formerly a trustee at the Manhattan Institute for Policy Research, a conservative think tank that has called for cuts to Social Security benefits. The agency pays out more than $1 trillion a year to about 64 million Americans.

Anita Kumar and Josh Gerstein contributed to this report.