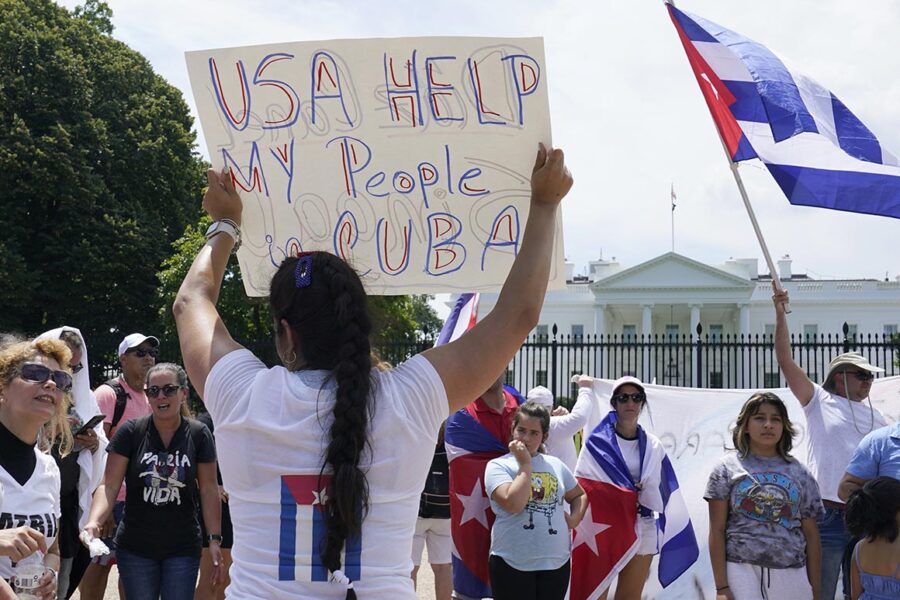 MIAMI — Cuba’s dictatorship quickly shut down the internet across the island and then blocked social media apps after demonstrators shared images of protesters across the island chanting for liberty, calling for an end to the 62-year-old regime and being beaten and arrested by authorities.

In the U.S., President Joe Biden’s administration has been slow to react. But Republicans haven’t stopped talking since the protests began on Sunday.

On Thursday, Florida Gov. Ron DeSantis, two Miami GOP House lawmakers and a federal communications official called on the Biden administration to instantly greenlight a special type of high-altitude communications system and other technology that would enable Cuban citizens to evade the communist government’s censorship. It comes after Sen. Marco Rubio (R-Fla.) met with the White House on Wednesday to make the same ask.

“We need President Biden to step up and make this happen,” DeSantis — who might challenge Biden in the 2024 presidential election — said at a press conference.

“The one thing that communist regimes fear the most is the truth. And if we’re able to help Cubans communicate with one another and also communicate to the outside world, that truth is going to matter … Mr. President, now’s the time to stand up and be counted.”

Biden, for his part, on Thursday afternoon said his administration is looking into whether the U.S. has the “technological ability” to reinstate internet access on the island.

Cubans began to have more access to internet again on Wednesday after a blackout left much of the island following the protests with limited to no ability to share and publicize the government’s response to protesters — thousands of whom have been arrested or are missing, according to local activists.

Still, officials on both sides of the aisle have been calling for the Biden administration to step up and expand access, so the Cuban government can’t cut off Cubans’ connectivity in the future.

But the White House isn’t ready to commit and has been relatively slow to react to the crisis in Cuba. That go-it-slow approach has emboldened Republicans, who criticize Biden as too sclerotic. And Florida Democrats fear the president could blow an opportunity to reorient U.S. Cuba policy and improve the party’s political chances in a former swing state that Republicans have increasingly begun to dominate by making inroads with Hispanic voters.

“DeSantis is showing motion, action. It’s what people want,” lamented Carlos Odio, co-founder of Equis Research, a Democratic Latino research firm. “What people are looking for is solidarity with the Cuban people and working toward solutions for the Cubanople.”

Privately, Biden administration officials have been discussing the logistics of how to get around Cuban censorship, but the administration is still engaged in a monthslong review of Cuba policy, which was brought into sharp focus when unprecedented protests organically sprung up on the island over the weekend. Officials say they’re trying to be deliberate in their Cuba strategy.

The Biden administration is “looking at how the events of Sunday and this week have implications for how we respond to the situation and how we can best support the Cuban people,” a senior administration official said Thursday in a call with reporters.

Any decision to offer connectivity to Cubans is part of an interagency discussion, said Julie Chung, acting assistant secretary for the State Department’s bureau of Western Hemisphere affairs.

Chung said the Biden administration is discussing it with the private sector, as it is “something that we’re very interested in promoting and advocating for.”

At the same time as DeSantis’s press conference, White House press secretary Jen Psaki told reporters during a briefing that she had no further details on the timeline of any Cuba policy announcements, noting the complications of finding ways to allow U.S. family members of Cubans on the island to send money without it being seized by the dictatorship.

“The lack of internet access,” Psaki said, “is a huge issue in Cuba and one that is very challenging for the people of Cuba so they can gain access to accurate information, they can correspond with family members and others, we are certainly looking at that to see what can be done to address [it].”

However, she said, she couldn’t comment further on the specific proposal mentioned Wednesday in Florida because “I don’t have an assessment” of it.

The official noted that the connectivity that Cubans had on Sunday to widely share videos of the protest is a result of Obama-era policy. One of the priorities for the Obama administration’s reestablishing diplomatic ties was focused on increasing telecommunications on the island.

The U.S. should “be looking at how we can expand access to the internet, consider satellite feeds of the internet so people in the island can communicate with each other,” Menendez, chair of the Senate Foreign Relations Committee and a Cuban American, said Tuesday in an interview with MSNBC. He has repeated it in several interviews this week and been in touch with the Biden administration on next steps for Cuba, he said.

Rubio on Wednesday urged Biden to “immediately authorize and allocate funding to provide emergency connectivity to the internet for Cuba through balloon-supplied internet coverage.” He noted that it can be deployed in relatively short notice.

The specific technology mentioned during the DeSantis press conference was a joint project, called Loon, between Google and a South Dakota company named Raven, which developed giant high-altitude air balloons that broadcast a type of wireless system that can be accessed by smartphones on the ground. Loon was scrapped but Raven still has the technology, which was briefly used in Puerto Rico after Hurricane Maria in 2017 and in Kenya, according to Federal Communications Commissioner Brendan Carr, who spoke at the press conference here with DeSantis and Republican Reps. María Elvira Salazar and Carlos Giménez. 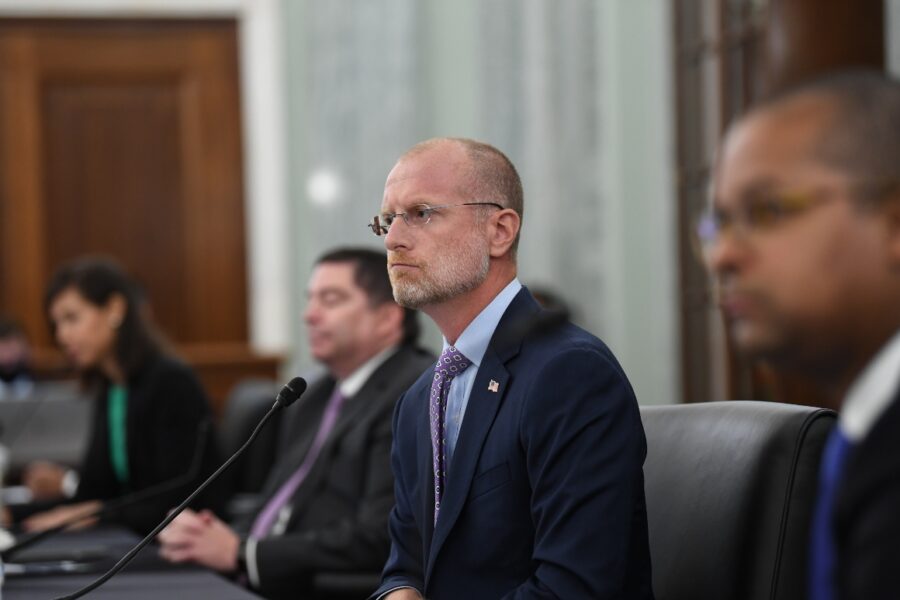 Carr said he discussed Raven the most because it is a proven technology, but other means of extending the internet to the island exist and should be considered. Regardless, he said, the Biden administration would need to approve the deployment of the technology because it would require the involvement of the FCC, Department of Defense and Federal Aviation Administration.

He said the balloons could be deployed about 20 miles off Cuba in international waters — that is, 70 miles south of Key West — but he couldn’t give a time frame or a cost. The FCC did not respond to a request for comment on the exact cost.

After shutting down the internet completely on the island after protests erupted Sunday, the Cuban government restored it but certain platforms like WhatsApp and Twitter remained blocked for those without a VPN to circumvent the block. In addition to providing independent internet access to the island, Carr said, the U.S. has technology to unblock those apps.

“The first move that brutal dictators make around the world is to shut down the internet to block messaging apps, because the thing that communist dictators like least is the bright light of international attention, the world’s eyes, seeing what is going on inside their regime,” Carr said.

The cost of the project is unclear, but Salazar said that’s not a concern because the Cuban-American community in the United States would fund the effort with private money if needed.

Nahal Toosi and Ryan Heath contributed to this report.