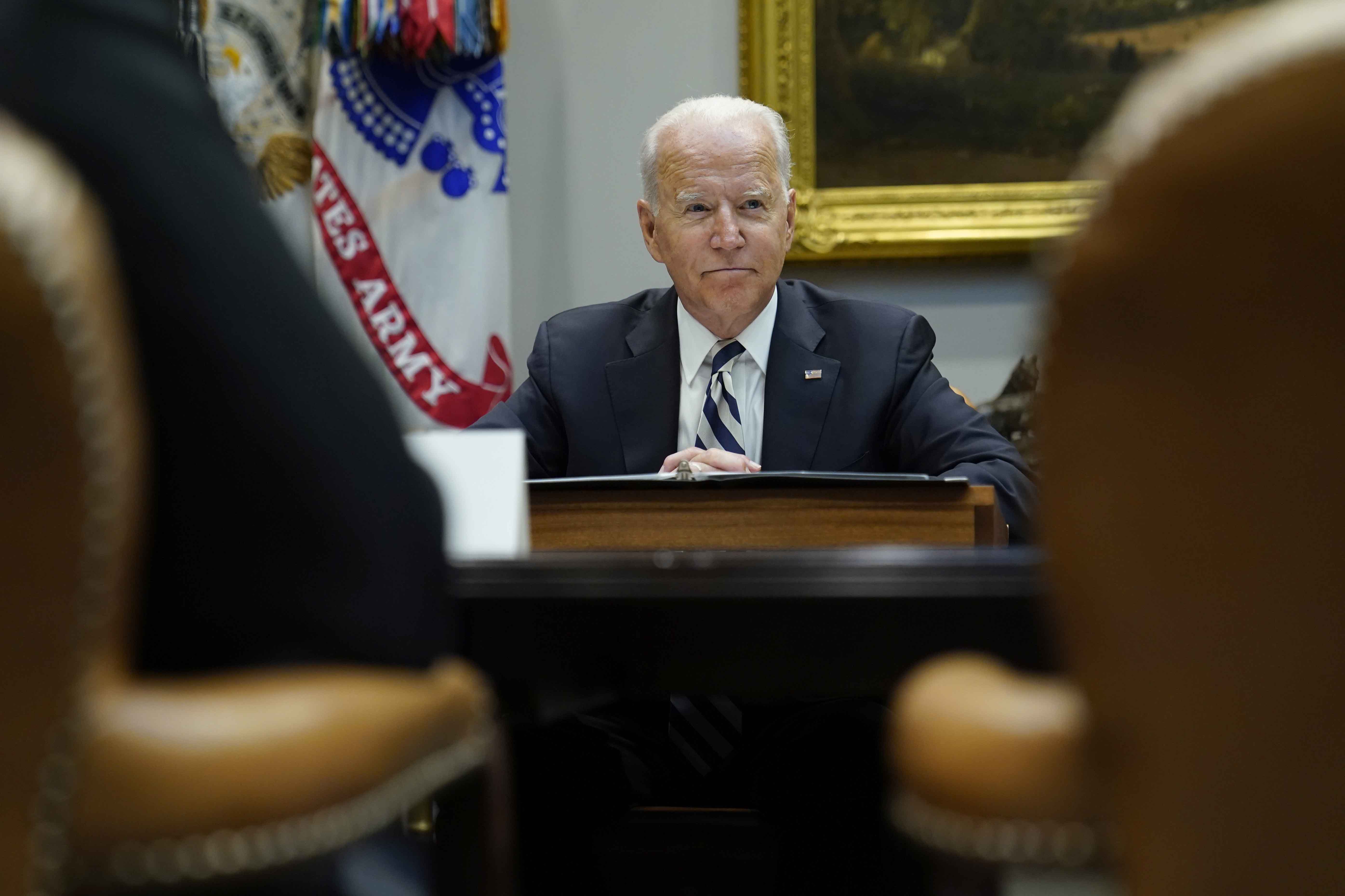 The Pentagon has made clear it has no appetite for a new military entanglement in Latin America, following dual crises in Haiti and Cuba this week. Yet lawmakers, former officials and experts are calling on President Joe Biden to devote more resources to a region they say has been long neglected by the United States.

Top military officials at U.S. Southern Command have warned for years that Russia, China and other bad actors are rushing to fill the power vacuum left by Washington’s deprioritization of Central and South America in favor of faraway places such as the Middle East.

Now, the shocking assassination of the Haitian president and historic unrest in Cuba are a stark reminder of how quickly tumult can erupt in America’s own backyard — and the potential security ramifications for the entire region.

U.S. officials have thus far declined to fulfill Haitian officials’ requests to send American troops to help calm the situation, although they sent a small number of personnel to shore up the U.S. Embassy there immediately after President Jovenel Moïse’s assassination. And though Biden has voiced support for the protesters in Cuba, most of his administration’s policy toward the country, including potentially lifting Trump-era sanctions, remains a mystery.

Washington’s neglect of the Western Hemisphere has allowed Moscow and Beijing to prop up antidemocratic regimes that foment disorder and unrest across the region, experts said.

“The United States has deprioritized and underinvested in the Western Hemisphere for decades,” said Ryan Berg, a senior fellow at the Center for Strategic and International Studies, urging the Biden administration to invest more in the region. “China and Russia support illiberal regimes throughout the hemisphere, such as Venezuela, that compound regional security challenges and hold back political transitions toward democracy.”

Sen. Jim Inhofe (R-Okla.), is one of several lawmakers who have repeatedly called for greater investment in Southern Command to counter China and Russia’s rising economic and military influence. In a statement to POLITICO, Inhofe noted that the threat of drug and weapons traffickers, the immigration crisis at the border, as well as other criminal organizations “pose a real threat to American families.”

“The challenges we face in SOUTHCOM are complex and widespread — and are all the more important given their proximity to our homeland,” Inhofe said. “Dealing with all of these challenges is made exponentially harder when the Department of Defense is underfunded — which is exactly what it will be under President Biden’s proposed budget.” 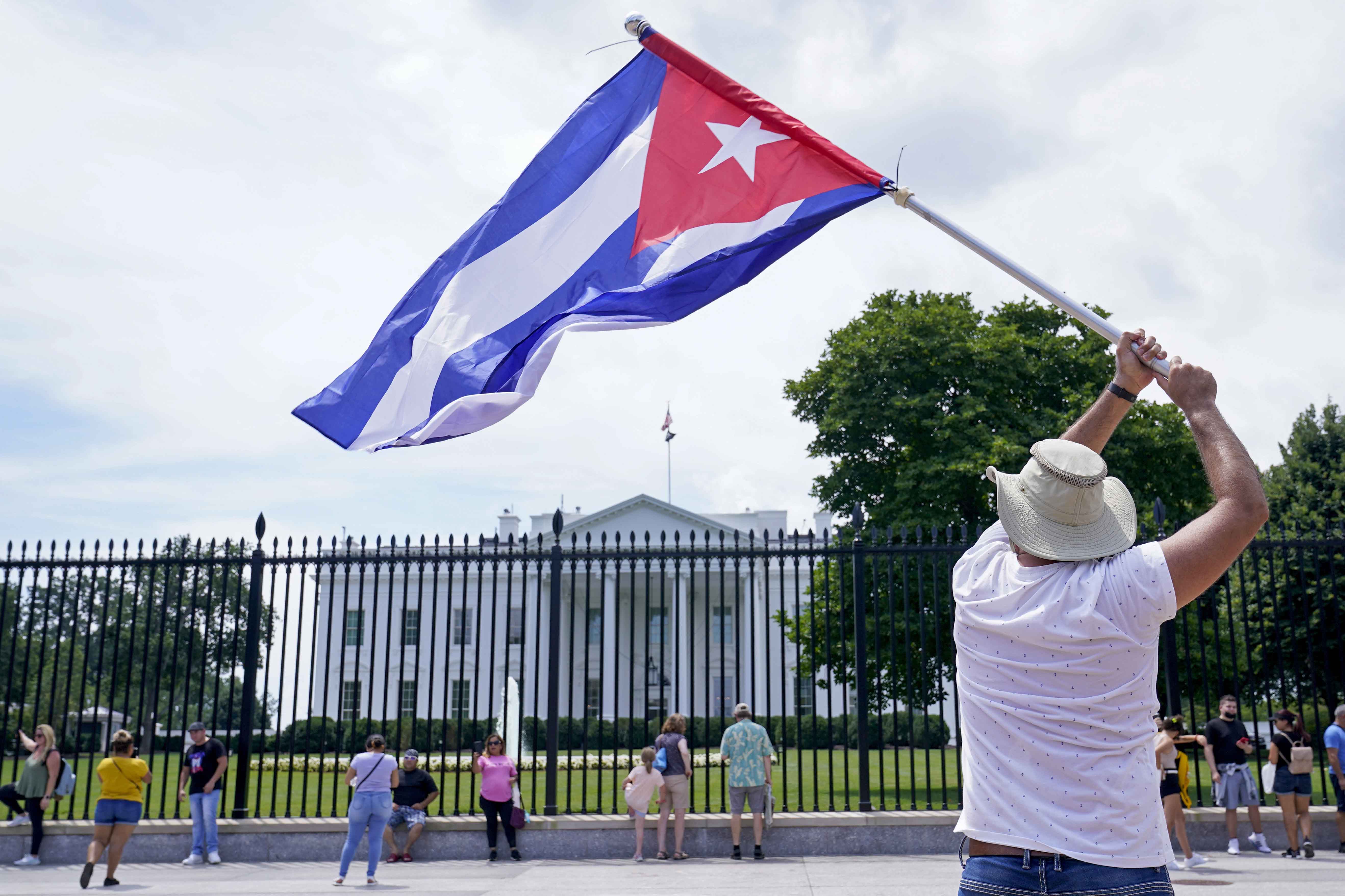 Last year, Senate appropriators provided an additional $28.3 million to fund Southern Command’s unmet requirements for intelligence, surveillance and reconnaissance. This year, DoD has asked for a boost of $163 million overall, according to a list obtained by Inside Defense.

U.S. military intervention in Haiti or Cuba would be “a huge mistake,” said Rebecca Bill Chavez, who served as the Pentagon’s top official for Western Hemisphere affairs in the Obama administration. Instead, she called on the Pentagon to dedicate more resources to humanitarian assistance and disaster relief to the region, and to countering China’s predatory economics and illegal fishing.

“We’ve had a tendency to neglect Latin America,” Chavez said. “It’s a region that’s far too often overlooked and as a result we’re always reacting. I think we need a coherent long-term strategy toward the region that goes beyond the Northern Triangle.”

While the situation compels some involvement, sending U.S. troops to stabilize the situation would be “very risky” and would likely result in a longer-term engagement, said Michael Shifter, president of the Inter-American Dialogue, a group focused on the Western Hemisphere. He urged the administration to help Haitian officials work out a stable governing arrangement, including considering appointing a special U.S. envoy for the country.

A top concern is the possibility that an uncontrolled civil conflict in Haiti could lead to a new refugee crisis, Shifter said.

“The U.S. cannot afford to be on the sidelines in the wake of the president’s assassination and ensuing chaos,” Shifter said. “The Biden administration has a fundamental interest in doing what it can to stabilize the situation in Haiti through non-military means.”

Pentagon spokesperson John Kirby sought to tamp down any expectation of a new U.S. military intervention in Haiti or a major shift in the Pentagon’s priorities on Tuesday.

Southern Command has long requested additional resources for the region, particularly as anti-American actors have grown in influence there. Adm. Craig Faller, the current commander, noted recently that Russia, China and transnational criminal organizations are actively undermining America’s efforts in the Western Hemisphere.

“I feel an incredible sense of urgency. This hemisphere in which we live is under assault,” Faller said at a Senate hearing in March. “We are losing our positional advantage in this Hemisphere and immediate action is needed to reverse this trend.”

Faller noted that China, Russia and Iran consistently seek to take advantage of the vulnerable countries in the region, which have been hard-hit by the Covid-19 pandemic and economic woes. China, for example, is building 40 ports in the region and has significant loans with Latin American countries that Beijing uses as political leverage. Meanwhile, regimes in Cuba, Venezuela and Nicaragua perpetuate corruption and open the door to bad actors, he said.

But repeated calls for additional resources have not yielded significant results over the years. Southern Command has always been “a poor cousin to the other geographic combatant commands,” said retired Adm. James Stavridis, noting that when he led the command, his entire budget for one year equaled what retired Gen. Jim Mattis, then the commander of U.S. Central Command, received for a few days of operations in Iraq and Afghanistan.

There is “a sense in the Pentagon that ‘nothing important happens down there,’” he said.

“As we wrestle with massive refugees from Venezuela, instability in Haiti and Cuba, dominant gangs and drugs in the ‘triangle’ of Central America, nascent Islamic terrorism organizing, and the crisis on the U.S. southern border, it seems clear that we need to pay a lot more attention to the world to the south,” Stavridis added.

One exception to this general rule is Colombia, where Washington has strong diplomatic and military relations. The United States is Colombia’s largest trade and investment partner, with large investments in the mining and manufacturing sectors, according to the State Department. Meanwhile, the U.S. military trains regularly with its Colombian partners and is a major provider of arms to the Colombian military and police.

The Haitian police have implicated at least 20 Colombians in a suspected plot to assassinate the president. But the circumstances of the Colombians’ involvement is increasingly murky.

Stavridis echoed Faller’s comments, noting that Southern Command needs additional resources to enable “soft power” — medical diplomacy in the form of hospital ships and airlifted clinics, response to natural disasters, humanitarian construction of schools and other infrastructure and counter-narcotics. These capabilities are inexpensive and will achieve outsize effects, he noted.

“The irony of soft power is that it is incredibly inexpensive in terms of cost versus long-term benefit, much like preventative medicine,” he said.

But the U.S. military has a complicated history in Latin America, dating back to the Mexican-American War, when the United States invaded Mexico and captured Mexico City in 1847. U.S. Marines repeatedly intervened in Central America and the Caribbean throughout the beginning of the 20th century amid political instability in the region. After World War II, Washington backed successful and unsuccessful coups in Guatemala, Cuba and Brazil. And during the Cold War, Latin America was frequently the victim of the proxy war between the U.S. and Russia, with both sides fomenting conflicts in Nicaragua, Grenada and Panama.

In Haiti, the public still remembers the 1994 U.S. invasion to remove the military regime installed by a 1991 coup that overthrew the elected leader, President Jean-Bertrand Aristide. Some 90 years earlier, President Woodrow Wilson sent in the Marines after the assassination of the Haitian president in July 1915. The U.S. occupied the island until 1934.

“The history of U.S. military intervention in Haiti has not been an altogether happy one. The request for troops is probably not widely shared in Haitian society, which has grown skeptical of the role of external actors in national affairs,” said Shifter, noting that U.S. interventions in Latin America and the Carribean have come to be viewed as “violations of national sovereignty.”

As recently as 2019, the Trump administration backed a failed coup in Venezuela against President Nicolás Maduro, who is still clinging to power as the country plunges into near-economic collapse.

Chavez, the former Pentagon official, called on the Biden administration to pursue a “productive engagement” to rebuild U.S. credibility in the region.

“U.S. interventions in Latin America haven’t turned out well,” Chavez said. “We’re going to have to go into it with humility. We’ve lost some credibility in the region [during the Trump administration] and we need to demonstrate our ability to follow through on our commitments.”