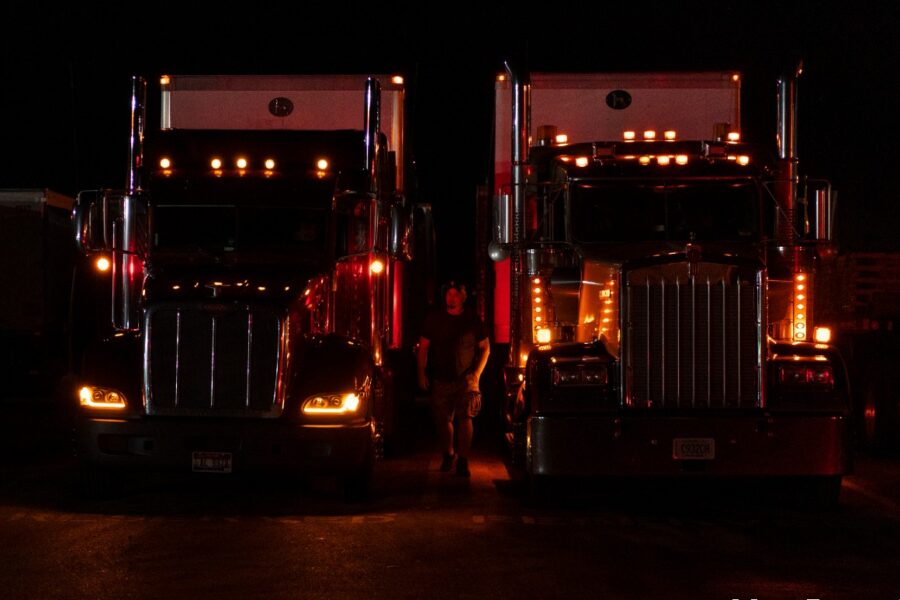 The first big test of California’s plan to reshape the U.S. truck market is underway on the other side of the country, with New Jersey officials pushing tough new mandates to cut emissions by getting big rigs to ditch diesel engines.

The state is trying to replicate new California rules that require automakers to sell more diesel-free buses, delivery vans and semi-trucks. The rule aims to force about a third of new trucks to be electric by 2030, with even tougher goals in subsequent years.

Whether New Jersey ends up approving the regulations — which truck makers claim are ill-advised, if not impossible to comply with — will test both states’ political will and help set the scope of America’s clean energy ambitions in come decades.

For California, the test is whether its history of shaping the motor vehicle industry will continue after setbacks during the Trump administration. For New Jersey, the regulations offer a chance to see if Gov. Phil Murphy was serious when he told California’s then-Gov. Jerry Brown in 2017 that New Jersey could become “the California of the East Coast.”

New Jersey became an outlier among northeastern states during the Chris Christie years when it backed away from a multistate plan to limit greenhouse gas emissions. Since then, Murphy has rejoined other states to work on climate issues and set his own clean energy goals. The truck rules are seen as part of a return to the national environmental stage.

“They are back now and want to reassert themselves as leaders, and it’s particularly significant that it’s a truck rule,” Mary Nichols, who led the California Air Resources Board from 2007 until last year, said of New Jersey. The board, known as CARB, created and approved the new advanced clean truck rule New Jersey wants to copy.

Some new all-electric truck makers, like Tesla, are cheering New Jersey‘s effort. But traditional manufacturers, even companies that are already planning to ditch diesel in coming decades to build only electric vehicles, worry New Jersey may not be ready to follow California.

The California truck rule took several years of wrangling to craft and get through the state’s notoriously aggressive air board. Their mandates have forced manufacturers to add catalytic converters, install check engine lights, use less gas and speed up the rollout of electric cars.

The New Jersey Department of Environmental Protection unveiled its rule this spring and wants to adopt it by the end of the year. It would gradually increase electric truck sales requirements beginning in 2025.

Under the rule, manufacturers must ensure a certain percentage of the trucks they sell each year are zero emission vehicles, meaning they are powered by a rechargeable electric battery or hydrogen fuel cells.

Some fear New Jersey isn’t ready to spend what it’ll take to transform the trucking industry.

“We need carrots also to make this possible,” said Pam Frank, CEO of ChargEVC, a nonprofit coalition in New Jersey that promotes electric vehicles. “It would be unfair to the trucking industry to tell them to do something when they really don’t have the ability to do it.”

The carrots are things like subsidies for truck buyers. Electric trucks cost substantially more upfront than diesel trucks, though long-term fuel and repair costs are expected to be lower.

The other big issue is charging infrastructure. Think of all the trucks that swarm gas stations on the New Jersey Turnpike. To handle electric vehicles, those pumps will soon need to be plugs.

“The Advanced Clean Truck regulation offers no ‘off-ramp’ for the mandated sales requirements if the conditions for operating them, most notably, necessary charging infrastructure, cannot be secured,” Fenton said in a statement.

New Jersey is working on it. The Board of Public Utilities has proposed increasing the number of charging stations in the state, and in February, Murphy announced $100 million would be set aside to speed up the electrification of trucks and buses.

In New Jersey, there’s a $15 million pilot program that offers buyers $100,000 per truck. California’s electric truck voucher program, which has been going on for years, has more than $160 million available this year and subsidizes up to $150,000 per truck. .

“New Jersey has just dipped a toe in the incentive waters. Now it needs to be a full-body dive,” said Benjamin Mandel, Calstart’s northeast regional director.

Car-dependent California’s strict vehicle regulations are borne out of impatience, smoggy cities and special powers under the federal Clean Air Act. While states usually must follow federal air rules to avoid a patchwork of different rules in each state, California can get waivers from the EPA to crack down harder on motor vehicle pollution, allowing it to have different rules than the rest of the country. Other states can adopt California’s rules.

He noted that state lawmakers in the 1990s told New Jersey regulators not to follow California’s lead on car emissions rules unless other states in the northeast also joined. It wasn’t until 2009 that New Jersey joined California on those car rules.

Citing the DEP’s own figures, Cantor said the projected reduction in state greenhouse gas emissions from the truck rule — about 1 percent of total transportation-related emissions — isn’t enough to justify an expensive overhaul of the trucking industry.

“We’re still of the mind that this is not the right approach, either from an environmental or economic perspective, and will continue to try to convince DEP to go in a different direction,” Cantor said.

The rule isn’t just about climate change. Getting diesel trucks off the road reduces other pollution. DEP said it expects the truck rule will reduce premature deaths, hospital visits and lost work days caused by exposure to diesel exhaust fumes.

Some traditional truck makers also are asking New Jersey to hold off on adopting a truck rule until the federal government comes up with national rules.

The national Truck and Engine Manufacturers Association told DEP it should work on “holistic national programs” rather than adopt a “unilateral go-it-alone approach.” In lengthy public comments, the association argued so much of New Jersey’s truck traffic is from out of state that a national standard makes more sense.

National rules would take years to craft and might not take effect until the beginning of the next decade.

Some governors, including Murphy, are not inclined to wait. In a memo signed last summer, New Jersey, California, 13 other states and the District of Columbia committed to speeding up the electrification of trucks and buses.

“New Jersey is committed to a thorough rulemaking process to ensure that all New Jerseyans benefit from the final rule and looks forward to working with the federal government to support our shared climate goals,” Murphy spokesperson Alexandra Altman said.

There is also another route — use local incentives and other hooks to shape what happens in hot spot communities that have the most truck traffic and air quality concerns. The Murphy administration says it’s spending millions to speed up vehicle electrification, much of it aimed at communities like Newark with air quality problems tied to bus and heavy-duty truck traffic.

History shows that route can be tough, too.

The Port Authority of New York and New Jersey has at times tried to curb truck emissions on its own. Several years ago, the agency considered a ban on older diesel trucks that didn’t have modern pollution controls. That move that would have helped spare some overburdened communities close to Port Newark-Elizabeth, the New York City region’s primary marine terminal. The Port Authority backed away, setting looser rules. Today, about a third of the trucks visiting port facilities in New York and New Jersey were made before 2007, the year modern pollution controls were added to diesel trucks.

Amy Goldsmith, who is part of the Coalition for Healthy Ports NY/NJ, said it’s hard to move the Port Authority, a bi-state agency that takes direction from both New Jersey and New York.

Goldsmith is also worried New Jersey isn’t taking all of the actions it could to clean things up in the most overburdened communities, such as removing older diesel trucks from the road and creating clean air zones.

“I’m concerned, to be honest, that DEP is hanging all of its hats on the advanced clean truck rule,” she said.

But last summer, Peg Hanna, DEP’s assistant director in charge of vehicle-related air quality issues, joined the California Air Resources Board’s virtual meeting to praise the board for “paving the way for states, such as New Jersey, to be zero carbon.”

Nichols, the former top air regulator in California, said having other states ready to adopt the clean truck rule will help California make its case to the EPA that the truck industry needs to change quickly.

“If California is alone against the auto companies in front of EPA in a contentious waiver proceeding, it’s helpful to have other states say we want what California’s got,” she said.