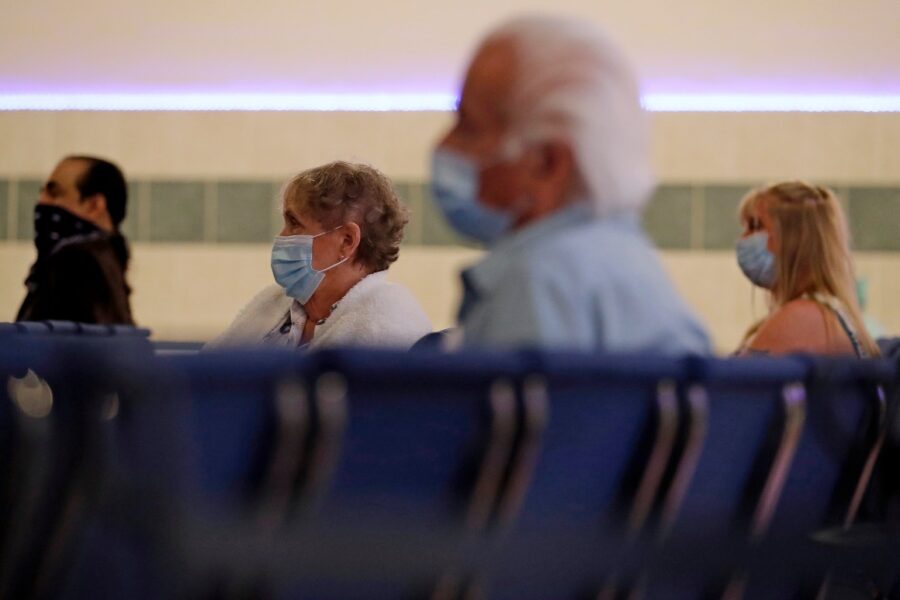 The finding suggests that people who have gotten Covid-19 shots and then become ill with Delta can transmit the virus to others more readily than seen with other versions of the coronavirus.

The hotly anticipated research helped convince the agency to revise its guidance on mask-wearing earlier this week, when it said vaccinated people should wear masks indoors in areas with high levels of Covid-19 transmission. But CDC had not made the data underlying its decision public until now.

The agency worked with the Massachusetts health department to track a cluster of coronavirus cases in Barnstable County, on Cape Cod, that emerged in the days following July Fourth holiday.

Seventy-four percent of the 469 cases that CDC investigated occurred in fully vaccinated individuals. Genomic sequencing of samples from 119 of 133 individuals in the study showed they had contracted the Delta variant. The vast majority of the vaccinated people in the cluster — about 79 percent — developed clear Covid-19 symptoms, CDC said.

Five people in that group were hospitalized, four of whom were vaccinated. But none died, the study found.

“High viral loads suggest an increased risk of transmission and raised concern that, unlike with other variants, vaccinated people infected with Delta can transmit the virus,” CDC Director Rochelle Walensky said. “The finding is concerning and was a pivotal discovery leading to the CDC’s updated mask recommendation.”

The release of the new data comes two days after the CDC announced that it was once again recommending Americans living in areas with high transmission to wear a mask indoors.

That decision marked a painful setback for the Biden administration, which had touted the dropping of mask recommendations for vaccinated people in May as a key step toward ending the pandemic.

When asked if the American people should expect more pandemic guidelines and restrictions late Friday, President Joe Biden said “in all probability.”

“Almost a million people got vaccinated, about half a million of those people for the first time or for their second shot,” Biden told reporters before boarding Marine One en route to Camp David. “So I am hopeful that people are beginning to realize how essential it is to move.”

Yet the Delta variant has driven Covid-19 cases sharply upward over the past four weeks, touching off a scramble within the administration to head off the resurgence and sparking fears a prolonged battle with the new variant could swamp Biden’s broader agenda.

On Wednesday, CDC data showed average daily new infections had risen above 66,000, from roughly 13,000 just one month ago. Health officials have ramped up their vaccination push in response, stressing that even if vaccinated people can still contract Covid-19, they’re far less likely to suffer from severe symptoms.

The CDC guidelines have already prompted vocal backlash within parts of the GOP, a reaction exacerbated by the agency’s delayed release of the data underpinning its decision.

Other critics of the agency have since questioned why officials were so quick to drop their initial masking recommendations back in May, especially given the risk that more dangerous variants could still emerge.

Biden officials have defended the decision-making in recent days as determined solely by the evolving data on the Covid-19’s spread, and growing concern about how quickly the Delta variant has spread throughout the nation.