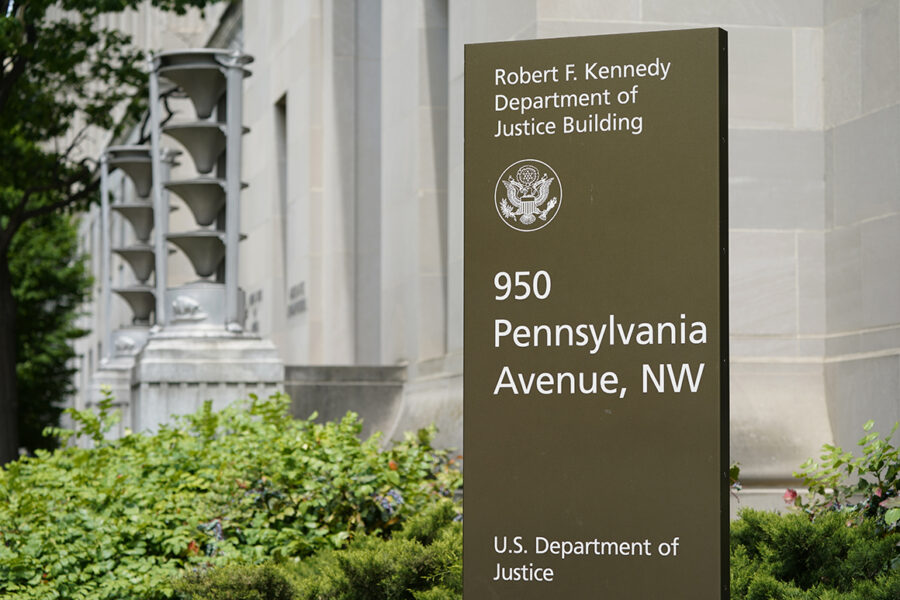 The Justice Department said Friday that former President Donald Trump’s tax returns should be released to congressional Democrats, though the administration said it won’t hand them over without first giving Trump a chance to respond in court.

Reversing a legal opinion by the Trump administration, the department said lawmakers are entitled to the information under an arcane law allowing the heads of Congress’s tax committees to examine anyone’s private tax information.

“The Chairman of the House Ways and Means Committee has invoked sufficient reasons for requesting the former President’s tax information,” the agency’s office of legal counsel said in a 39-page opinion. “Treasury must furnish the information to the Committee.”

Rep. Richard Neal (D-Mass.) has said the committee needs the documents to examine how thoroughly the IRS audits presidential tax returns, which the agency routinely does. Republicans argue that Democrats want to comb the returns for things that would embarrass Trump.

Democrats have been suing for the long-hidden documents for more than two years, after the Trump administration said they did not have a legitimate reason for seeking the information.

In a court filing late Friday, the administration told District Court Judge Trevor McFadden that it would hold off handing over the documents in order to give Trump an opportunity to consider his next move.

“The parties wish to confer on an orderly schedule that would afford the Defendant-Intervenors a reasonable opportunity to raise and to litigate such grounds as they may have against disclosure of the requested tax-return information, but that also respects the Committee’s interest in timely production of the return information it seeks.”

Both sides said they agreed to outline for McFadden by Aug. 4 how they would like to proceed.

McFadden, a Trump appointee, has issued a standing order requiring Treasury to give the former president 72 hours-notice if it intends to release the documents – a mandate Democrats said should be lifted in light of their willingness to postpone producing the documents pending court action.

McFadden has been urging the two sides to work out a compromise.

Manhattan District Attorney Cyrus Vance already has Trump’s tax records as part of a separate investigation into the former president.

In a statement, Neal said: “As I have maintained for years, the committee’s case is very strong and the law is on our side.”

“I am glad that the Department of Justice agrees and that we can move forward.”

The agency went “astray” in a 2019 legal opinion opposing the disclosure of the returns, Biden’s Justice Department said.

Lawmakers have a sweeping right to such information, the department said, and though “some members of Congress might hope that former President Trump’s tax returns are published solely in order to embarrass him” that is not enough to “invalidate” the tax committee’s request.

Though the Justice Department opinion is a blow to Trump, he still has options to try to forestall the release of the returns, said Michael Stern, a former senior counsel in the House of Representatives’ Office of General Counsel.

“There is less of a probability that this is going to drag on for a long time, but it certainly could, and it’s definitely not over yet,” he said.