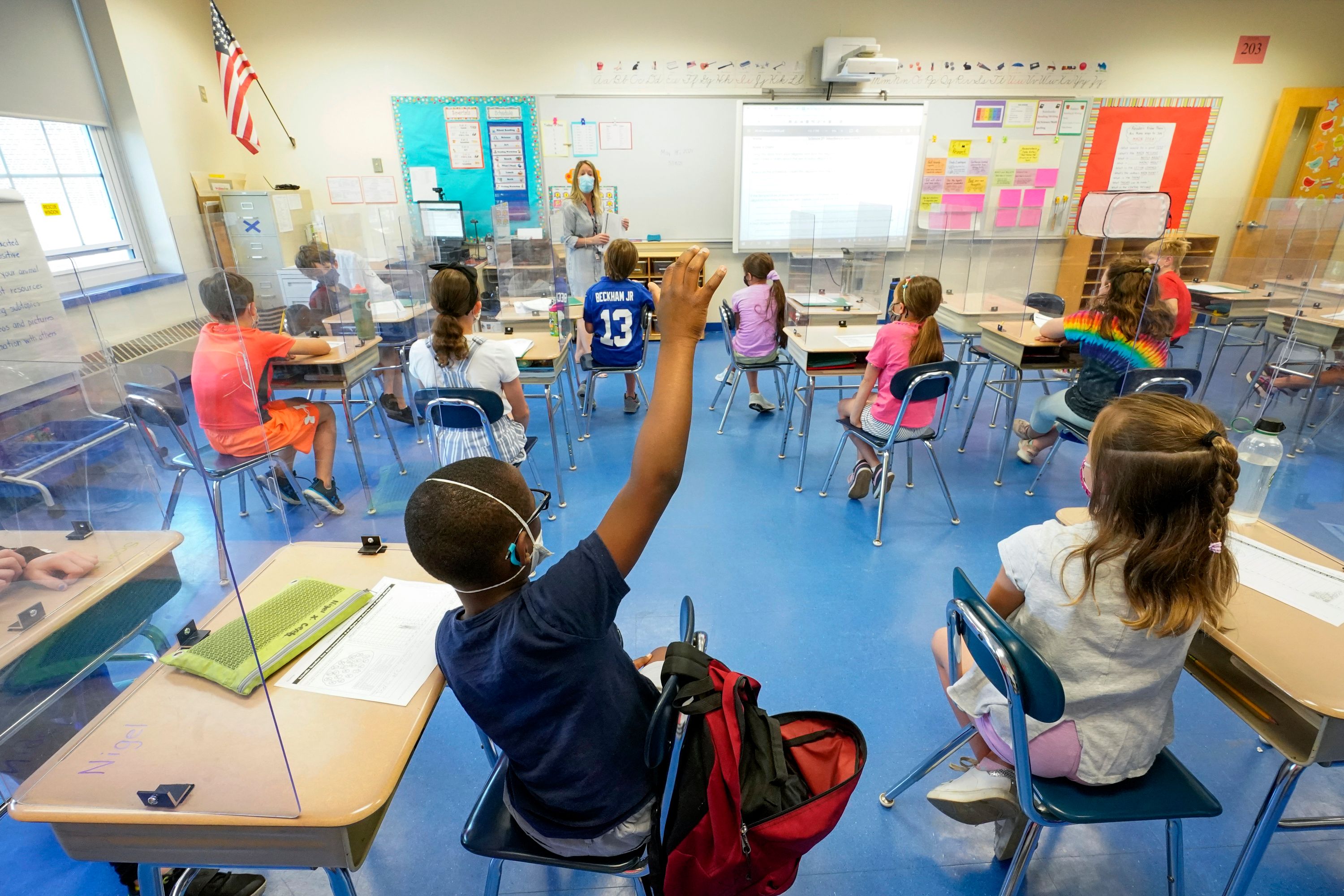 At first, I was simply terrified to visit the class. In my day job, I’m an election law professor, but for an hour last year I was an elementary school teacher. That seemed much harder.

My fourth grade daughter had told her teacher that our family dinner conversations often revolved around the contentious 2020 election. So, the teacher sent me an invitation: Would I come discuss constitutional law and voting rights with a group of 9- and 10-year-olds?

Normally, I teach these topics to law students, who can engage with the material in a sophisticated way. I was worried the students in my daughter’s class either would be completely bored or would stump me with off-the-wall questions.

Neither was true. Instead, the students were engaged and excited to share their thoughts. As much as adults like to debate what students learn in school — and to shield them from controversial social critiques in the classroom — they turned out to have strong, innate ideas about structural unfairness.

Sure, they were also interested in when recess began, but once I encouraged them to offer their own ideas about electoral fairness, the conversation took off.

I started the session with a simple premise, one that I use on the first day of my election law class: Imagine you are creating a new election system from scratch. What rules would you adopt for who can vote?

We began with the voting age. Some wanted it to remain at 18, because that’s what they’ve always known. Others thought 16 was best. One student — whose 10th birthday was just a few days away — said that 10, but not 9, was the appropriate voting age. “Nine-year-olds don’t care that much and will just do what their parents want,” she said, “but 10-year-olds are starting to be more independent and have their own views.”

The conversation moved to why certain rules might be better or worse. Amazingly, I realized, the students had a very noticeable, intuitive understanding of what an academic might call structural inequality.

We didn’t use those words, of course. But it quickly emerged that they understood the basic unfairness of a system in which one side is allowed to craft rules that will help the party in power. They said that it made no sense to let one side essentially shut the other side out of having an equal chance of winning. They didn’t know it, but they had offered the best critique possible of gerrymandering, which over the years has helped incumbent candidates, political parties or white majorities stay in power: It’s simply not fair. Someone shouldn’t win just because they run in a district that is stacked in their favor.

Without my prompting, students brought up difficult issues involving citizenship and immigration. One student shared that his parents are not U.S. citizens, but said they still were legal members of the community. On the one hand, he said, it made him want them to become U.S. citizens so they could vote. On the other hand, he found it unfair that they were not allowed to influence who is elected.

And, interestingly, these youngsters recognized the problems inherent in rules that make it harder for some people to vote for no other reason than their station in life. One student expressed support for a voter ID requirement. But then another objected, noting that some people might have a harder time obtaining an ID. “What if they work two jobs, take the bus to work and have no need for an ID?” that student asked. The first student had a solution: The government should proactively give every eligible voter an ID before imposing the requirement.

Note the lack of partisanship in these discussions. We didn’t talk about Democratic ideals of voting access versus Republican views on election integrity. We didn’t ask which rules would benefit liberal or conservative voters. The key criterion for these kids was simple: fairness. They wanted a level playing field so everyone has the same say in who is elected. They recognized that it is absurd to allow partisan officials to administer our elections. It would be unfair, one student noted, to let someone start a running race a few seconds before everyone else. The same is true for elections, they said.

Without realizing it, as well, the students were implicitly diving into the most contentious educational issue of our moment. They could recognize, even if they didn’t use those terms, that because of historical, structural discrimination, certain rules can make it harder for specific people to participate and make their voices heard. The class brought a basic sense of playground fairness to the conversation. We didn’t discuss race explicitly, but in the real world, when you look at real impacts, that’s exactly where the discussion leads.

Although I do not study critical race theory, and I certainly didn’t plan the fourth-grade lesson around it, the concept — which explains how the history and structure of our society create continuing racial inequalities — infuses every aspect of our electoral system. And, as it turned out, these principles came up organically and in a way that I never expected. Through their comments, the fourth graders demonstrated an inherent understanding of the unfairness that exists within our society.

The recent criticism over teaching versions of critical race theory — or teaching about race in general — misses the reality that students already experience and grasp this stuff, even if they don’t know the academic theories behind it. A discussion with a bunch of fourth graders on societal inequalities is actually a straightforward back-and-forth conversation about what’s fair. Looking at the consistent patterns that have excluded nonwhite Americans over time, the underlying principles are exactly the same.

Yes, we need to present these ideas about race in an age-appropriate manner. But it’s fanciful to think that legislatures can ban any inquiry into these topics. They are part of our lived history. Our children know that these inequalities exist. Some experience them every day. Literally any child can imagine them and perceive what’s wrong.

If we want a truly informed, educated electorate, we need to recognize that reality and let children use their own experiences to enhance classroom debate. After all, even if we willfully ignore the reality of structural racism in the classroom, they will still probably experience it on the playground.