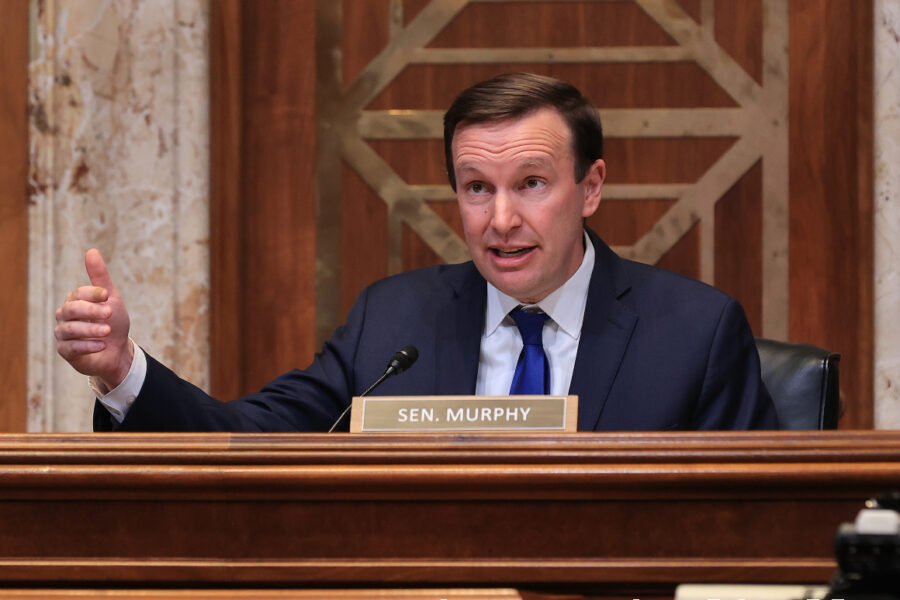 To squeeze as many of their priorities as possible in a budget resolution that’s expected right after the bipartisan infrastructure package, lawmakers are discussing making some of the new health spending temporary, similar to the two-year boost to Obamacare subsidies they wrapped into Democrats’ coronavirus relief package in March.

The move could allow them to claim credit for steps such as extending Medicaid coverage to millions of low-income people in red states and extending the two years of Obamacare subsidies they enacted in March without running afoul of congressional scorekeepers.

But a drug pricing plan that lawmakers are counting on to pay for a big chunk of the health investments is nowhere close to ready. That leaves Democrats uncertain of how much money they’ll have to invest in new programs.

“We’re not going to be able to do everything we want,” said Sen. Chris Murphy (D-Conn). “There’s not a simple answer. We’re going to have limited resources, and we’ll have to make different decisions on whether we do programs at lower levels for longer periods of time or higher levels for short periods of time. It’s important to get it right.”

The debate could test solidarity within the caucus as progressives push for ambitious and costly initiatives such as expanding Medicare to cover dental, vision and hearing care, while moderates raise concerns about the cost. The overlapping priorities also raise the prospect of another grinding debate over health spending this fall. 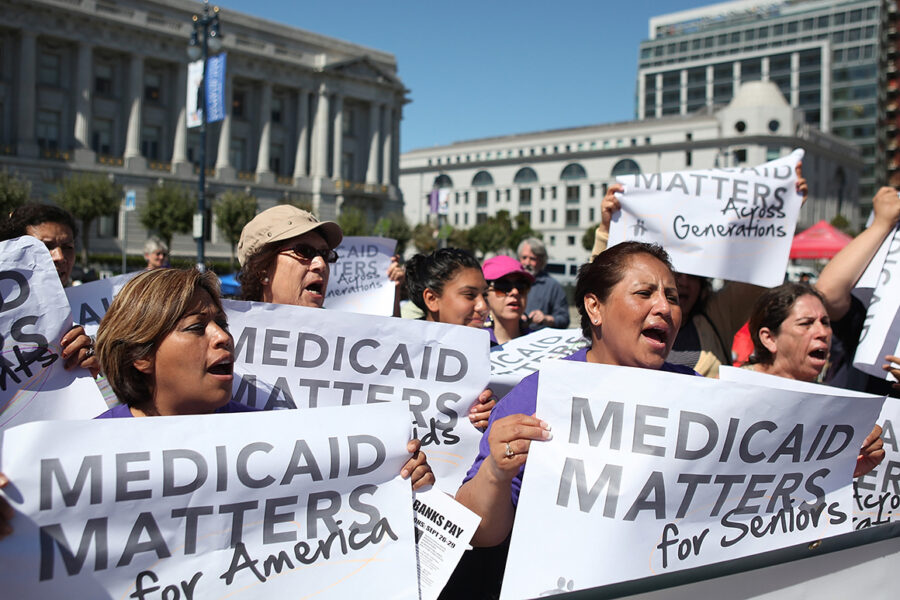 Already, some ambitious promises that played well on the campaign trail are being shelved. A senior Democratic aide told POLITICO that the package will not lower the eligibility age for Medicare — a top progressive demand.

The forthcoming budget resolution text won’t allocate specific funding levels for each health initiative, but instead broadly give different committees pots of money to work with. The $3.5 trillion reconciliation plan is being brought up under an expedited process so that it can pass without any GOP votes, but Democratic aides acknowledge they’ll have to make decisions in order to fit what they can into the budget resolution’s topline number.

Chris Meekins, an analyst for Raymond James, wrote in a note to clients Thursday that while the budget currently plans to spend $600 billion to $750 billion on health investments, he estimates the actual total will be closer to $400 billion to $450 billion. He cautioned that “significant savings will be required either way, with payfors for this bill in flux.”

Progressives say they’re pushing Democratic leadership and the White House to favor two- or three-year authorizations instead of cutting some health items altogether or making the programs skimpier. 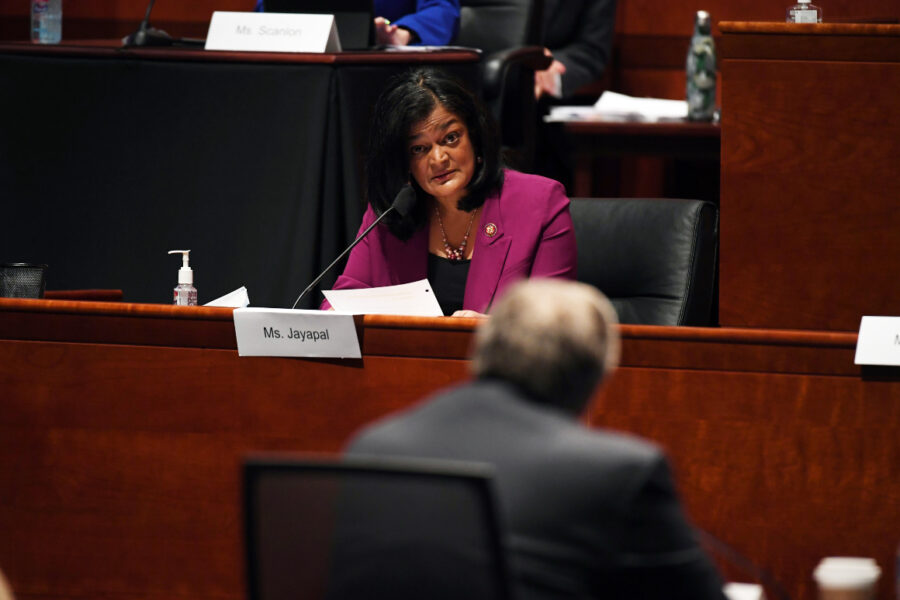 “If the choice is between fewer people covered, less benefits or a shorter time frame, we would obviously choose a shorter time frame,” said Progressive Caucus Chair Rep. Pramila Jayapal (D-Wash.). “What we’re trying to do on all these programs is provide as universal a benefit as possible — include the most people who need that benefit and make it as comprehensive as possible — but look at reducing the number of years.”

But some Democrats say they plan to fight to ensure long-term, if not permanent, funding for President Joe Biden’s $400 billion plan to allow millions more older adults and people with disabilities to get Medicaid-covered in-home services, saying the initiative needs a long runway in order to reach fruition.

“We’re creating something that’s rather new, and therefore it requires a time duration which is sufficient,” said Sen. Bob Casey (D-Pa.), who is leading work on the home care piece of the bill. “This can’t be a two or three-year commitment. I want it to be a 10-year commitment, because that’s the kind of duration that makes the most sense to me.”

Key Senate Democrats are also pushing hard to ensure the package extends health insurance to 2.2 million low-income Americans in states that have refused Obamacare’s Medicaid expansion, worried it could be left out because the population doesn’t have the same political clout as seniors or middle-class Obamacare enrollees.

Georgia Sen. Raphael Warnock said the expansion would fulfill a promise Congress made when it enacted Obamacare and expanded Medicaid to more poor adults. A 2012 Supreme Court decision made that expansion optional for states, and a dozen have refused to take up the program. “We’re in the middle of the process, and I know that this is a priority, and I’ll keep making the case,” he said.

While Democrats also hope to tap multiple sources of funding to pay for the initiatives, they’re leaning most heavily on a plan that would allow Medicare to directly negotiate the cost of prescription drugs, potentially saving the government hundreds of billions of dollars. But there isn’t yet agreement on how best to go about it. The Senate Finance Committee is currently working on an alternative to House Democrats’ prescription drug bill, which pegs what Medicare should pay for medicines to the lower prices paid in other developed nations. 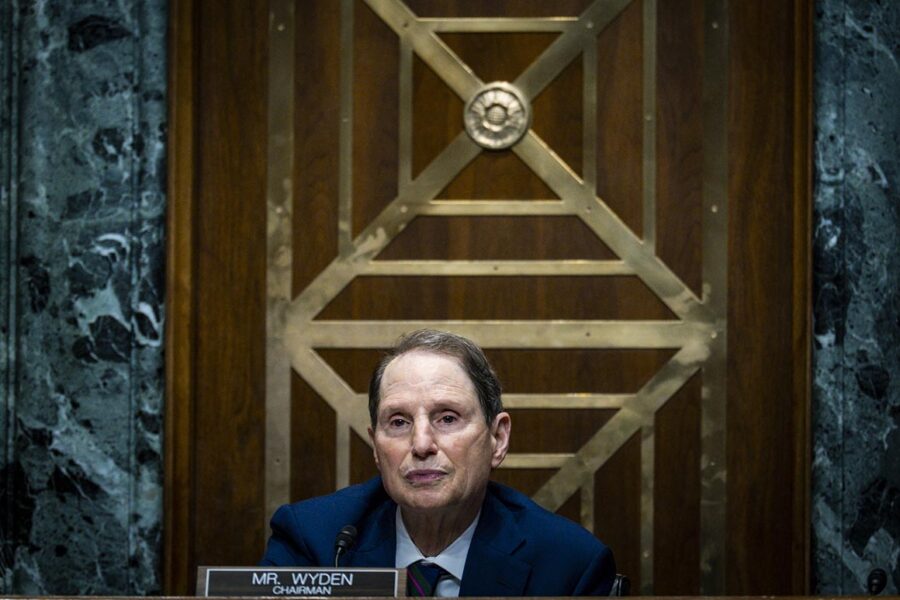 Tying Medicare drug price negotiations to an international reference price has faced push back from moderates. Senate Finance Chair Ron Wyden (D-Ore.) recently acknowledged that “a lot of members have concerns” about the policy and he is still “trying to find common ground.”

Wyden is exploring tying price negotiations to a different benchmark based on domestic prices instead, according to two sources with knowledge, but has not yet shopped the plan around to members of his caucus.

Progressive Democrats see a political advantage to short-term authorizations of generous health programs, in the belief that new subsidies and programs will help them maintain control of Congress and give them the power to renew the spending a few years from now.

“Once people are able to see and experience these benefits, they’ll be harder to roll back,” Jayapal said. “They aren’t just the right thing to do but they’re incredibly popular.”