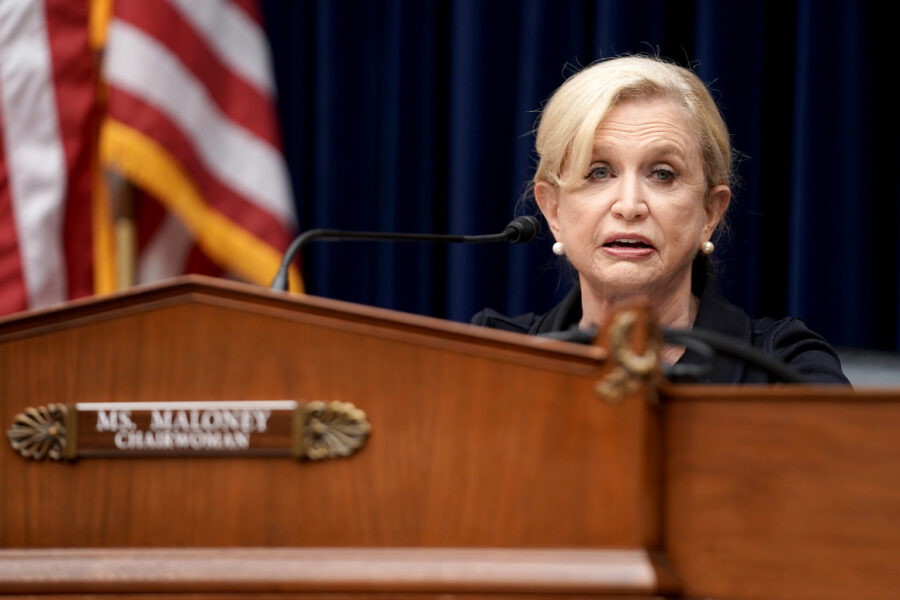 A key House committee has postponed multiple scheduled witness interviews about Donald Trump’s final days in office, handing them off to the select panel investigating the Jan. 6 Capitol attack.

“As the Oversight Committee continues its crucial oversight work, we look forward to the Select Committee fully exposing the former president’s unconstitutional attacks on our democracy and attempts to stay in power after the American people voted him out of office,” House Oversight Committee Chair Rep. Carolyn Maloney (D-N.Y.) said in a statement to POLITICO Thursday.

An aide to the Jan. 6 panel, speaking on condition of anonymity, did not dispute the handoff and added that the select committee would announce “additional actions” later.

The movement of those interviews with former Justice Department aides marks an abrupt change in House Democrats’ investigations of the end of Trump’s presidency. That shift underscores the growing importance of the select committee’s work as it readies its next steps with a political spotlight on Chair Bennie Thompson (D-Miss.) and the panel’s two anti-Trump Republicans, Reps. Liz Cheney of Wyoming and Adam Kinzinger of Illinois. The consolidation of the probes could also allow House Democrats to prevent any overlap in the investigation into Trump’s attempts to overturn the election.

And notably, the shift in the investigation did not appear to affect the upper chamber; a Senate Judiciary Committee spokesperson said Thursday that the panel is beginning to interview witnesses this week in its own inquiry. The chair of that panel, Sen. Dick Durbin (D-Ill.), told POLITICO that his committee planned to interview two Trump-era DOJ Justice Department officials soon.

The House Oversight Committee did not immediately respond to a request for comment. Sources said it has canceled plans to interview former acting Attorney General Jeff Rosen and his former second-in-command, Richard Donoghue. Those interviews had been scheduled for this week and next. Instead, the select committee investigating the Jan. 6 riot will question the two men.

The abrupt change came a few hours after Speaker of the House Nancy Pelosi released a statement with effusive praise of Maloney.

“The Chairwoman’s persistent pursuit of the truth will contribute greatly to the work of the Select Committee to Investigate the January 6th Attack on the United States Capitol,” the statement said.

Pelosi’s statement further iterated Maloney’s responsibilities beyond oversight of the waning days of the Trump presidency, calling her “a champion in the fight to crush the virus and expose waste, fraud and abuse among many other priorities.”

The shift in House-side investigative control came hours after Durbin went on MSNBC to tout the importance of his own inquiry. He also said his committee plans to seek an interview with former Attorney General Bill Barr.

“There was a lot of activity, by Trump personally and by those supporting him, to try to put pressure on the Department of Justice to back up his wacky ‘big lie’ theories,” Durbin said on “Morning Joe.” He added that the committee is “going to be interviewing key witnesses in the next few days” as a first step on a bipartisan basis.

Republicans have a much smaller footprint on the select committee than they have on House Oversight and Senate Judiciary. The panel only has two GOP members, and it is unclear how many Republican aides — if any — will work there, although Democratic leaders have indicated that Cheney and Kinzinger will get some staff allotment.

While Republican staff would have been able to ask questions in the House Oversight interviews, it is unclear if any will be able to do so on the select committee. That could present a tactical disadvantage for the GOP.

No matter how the select panel arranges its interviews with Trump-era witnesses, postponing them ensures any news they make will come out in later in the year, rather than in August when most of official Washington is out of town.