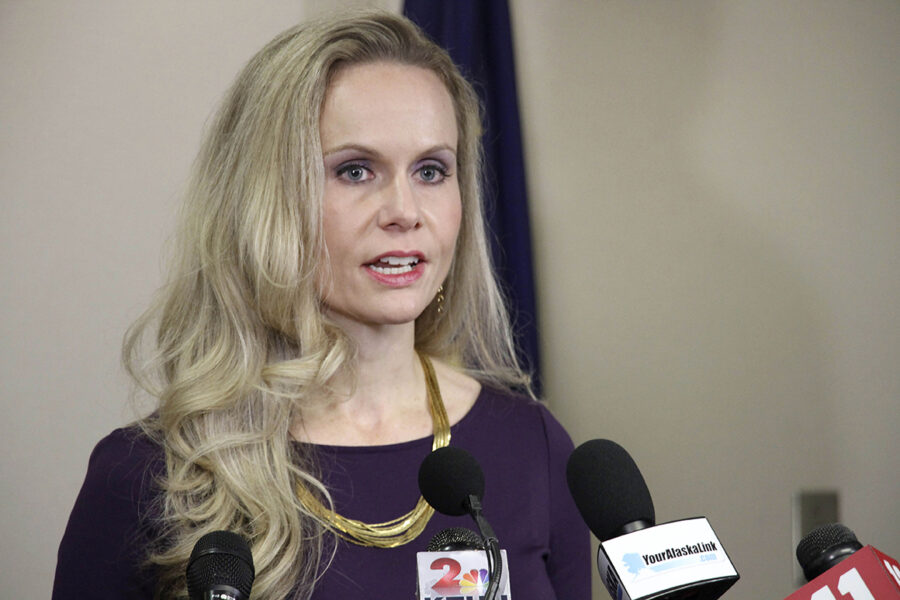 Donald Trump, Jr. is set to release a fundraising appeal Friday evening expressing his support for Tshibaka, the former state commissioner of administration who is challenging Republican Sen. Lisa Murkowski. It comes just days after Palin, who rose to national prominence as the GOP’s 2008 vice presidential nominee, was quoted as saying that “If God wants me to” run for Senate, “I will.”

The former president and his son have endorsed Tshibaka over Murkowski, a Trump critic who voted in January to remove him from office over his role in the Capitol riot. Neither Trump nor his son have spoken out against Palin, and a person close to the younger Trump said that he and his father had warm feelings toward the former Alaska governor and that the appeal was in the works prior to Palin floating her candidacy.

But a Palin bid could potentially complicate Trump’s push to unseat Murkowski by dividing the votes of those running against her.

In his fundraising appeal, Donald Trump, Jr. focuses solely on Tshibaka, praising her as “the real deal” and an “America First Conservative” who is “exactly the type of leadership that Alaska deserves and our country desperately NEEDS!”

“I don’t have to tell you how important this election is. This is our opportunity to ensure Alaska has an actual Conservative representing them in the US Senate and not a swampy DC Insider like Lisa Murkowski,” Donald Trump, Jr. writes in the message.

The elder Trump endorsed Tshibaka in June and has vowed to travel to Alaska to campaign against Murkowski, whom he has deemed “disloyal.”

Tshibaka has also signed on a cluster of the former president’s top campaign aides to drive her bid, and she won the backing of the Alaska Republican Party State Central Committee, a nod that is part of broader national conservative backlash against Republicans who backed Trump’s impeachment. The state Republican Party also censured Murkowski.

Palin served as governor from 2006 until 2009. After an unsuccessful 2008 race, she weighed a 2012 presidential bid but ultimately decided against it. She backed Trump in the 2016 GOP primary, bolstering him in his quest to win the party’s nomination. Given their close alignment in the past, Trump’s support for another candidate could deny Palin a clear lane in the Senate race if she chose to enter.

But regardless of whether Palin enters the race or not, unseating Murkowski will not be an easy endeavor.

Murkowski, who entered the Senate in 2002 and is the daughter of former senator and governor Frank Murkowski, may benefit from a newly implemented voting system: Instead of competing for the Republican primary nomination, she will run in an all-party primary, from which the top four finishers will advance to the general election.

That means Murkowski won’t face the pressure of a closed Republican primary, such as the one she faced in 2010, when she lost the nomination to a conservative, Tea Party-aligned candidate, Joe Miller. Murkowski would go on to win reelection that year as a write-in candidate, defeating both Miller and the Democratic nominee in the general election.