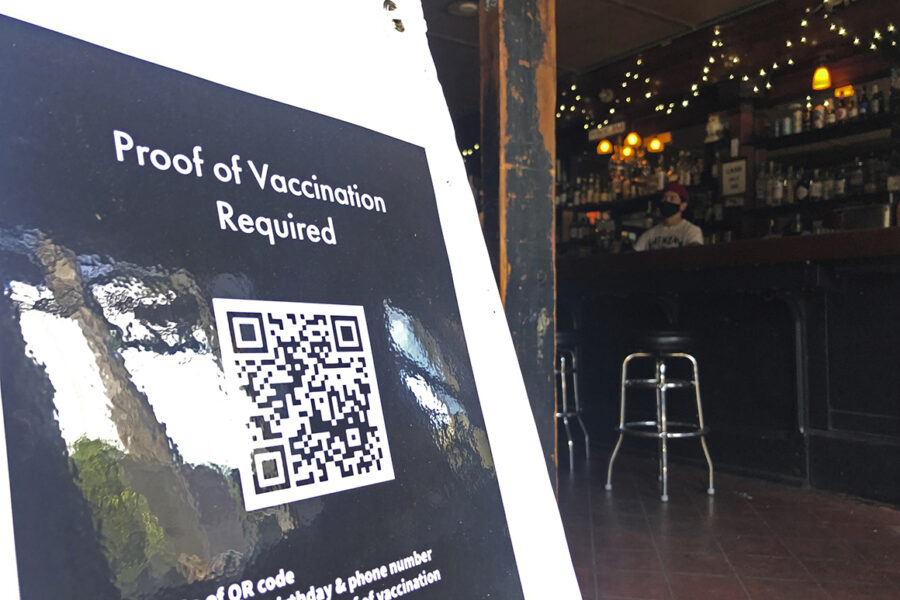 OAKLAND, Calif. — Employers in California — like much of the country — are rushing to mandate Covid-19 vaccines as the Delta variant spreads, but they’re leaving out a key group: the essential service workers who have borne the brunt of risky conditions since the start of the pandemic.

Requiring vaccines is more complicated in sectors like retail and agriculture, where employers risk losing workers in a tight labor market and vaccine enforcement could be expensive. Some labor leaders who represent low-wage service workers also have pushed back against strict mandates.

But the diverging policies could widen the pandemic’s already uneven toll by leaving frontline workers, many from low-income communities of color, vulnerable to the highly contagious Delta variant. And, epidemiologists say, it could prolong the pandemic.

“When any of us can’t be fully protected, we all remain at risk,” said Paul Wesson, an epidemiologist at the University of California, San Francisco. The risk is even higher, he said, when “there’s a divide, especially among socioeconomic lines, for a communicable disease like Covid.”

A growing roster of public and private employers, from tech giants to health care systems to the federal government, have rolled out vaccine requirements in recent days as case counts explode and hospitalizations rise. California and New York announced vaccine-or-test policies last month for millions of health care workers and public employees.

But threatening layoffs — or managing testing programs — is less feasible when a large share of a workforce is unvaccinated. And unlike in office settings, employers can’t give warehouse, farm and grocery store employees the option of working remotely until they are vaccinated against Covid-19.

The divide is even playing out within companies’ own ranks. Walmart, Uber and Lyft have imposed vaccine mandates for their corporate offices, but not for their warehouse workers, store clerks or drivers, whom the companies have classified as contractors.

The issue has split labor unions across the nation. Many labor groups in California have come down in favor of the state’s new vaccine-or-testing requirements, though the largest public sector union, Service Employees International Union Local 1000, says the new state order violates its contract.

Labor leaders say a mandate could create economic hardship for low-wage workers, who make up a disproportionate number of unvaccinated employees, if they aren’t compensated for the time they need to get the vaccine.

“You’re talking about one shift making the difference between paying rent or coming up short,” said Steve Smith, communications director for the California Labor Federation.

The Biden administration has called on employers to provide workers paid leave for Covid-19 vaccinations, but the Department of Labor has yet to issue guidance about whether they must do so if they require employees to receive the vaccines.

The vaccine takeup in California varies sharply by income. Nearly 77 percent of Californians living in the wealthiest communities were fully vaccinated, compared to about 53 percent of those living in the poorest parts of the state, according to state data reported Aug. 4.

New data from the Centers for Disease Control and Prevention show the Delta variant is transmissible among fully vaccinated people, but that those with the vaccine are far less likely to be hospitalized or to die if they contract the disease.

“The unvaccinated are more likely to be lower wage, frontline workers, and low-wage, in-person work has remained a risk factor for infection throughout the pandemic,” said Kirsten Bibbins-Domingo, vice dean for population health and health equity at the University of California, San Francisco. “If these mandates are meant to protect the health and safety of workers, they should extend to all workers.”

Legally, public and private employers that require people to get vaccinated as a condition of employment stand on solid ground, said Michelle Strowhiro, an employment attorney at McDermott Will & Emery in Southern California, who co-leads the firm’s Covid-19 employment task force.

Those with unionized workforces may have to jump through a few more hoops to make sure they comply with their contracts. But Strowhiro expects they will ultimately be able to enforce a vaccination requirement.

“Employers are making a business decision, a workforce decision, that’s very personal for each employer,” she said, “… understanding they may lose a portion of their workforce if those workers refuse to get vaccinated.”

“We’re just trying to fill those jobs, and we can’t fill them,” she said.

Industry leaders have begun discussing the possibility of mandates, Michelin said, though they generally favor softer approaches like education and incentives. “It’s constantly evolving,” she said. “When you think about this whole notion of mandating the vaccine, we’ve only really been having this discussion for maybe a week, a week and a half.”

Meat processor Tyson Foods on Tuesday became one of the first major employers of essential workers to announce it would require its 120,000 U.S, employees to get vaccinated, setting a Sept. 24 deadline for executives and Oct. 1 deadline for office staff. The company is offering a $200 incentive for its frontline workers to be vaccinated by Nov. 1, but noted the requirement was “subject to ongoing discussions with locations represented by unions.”

The move could mark a major shift in the meat packing sector, which was hard hit by the pandemic, experiencing temporary plant closures and worker deaths. It also promises to be a major undertaking: Despite months of workplace vaccination clinics, less than half of Tyson’s workforce has been vaccinated.

Tyson CEO and President Donnie King wrote in a memo to his employees that the company “did not take this decision lightly.”

“It is abundantly clear that getting vaccinated is the single most effective thing we can do to protect ourselves, our families and our communities,” King said.

Such requirements are “just not feasible” in California’s agriculture industry, which has lost about 25 percent of its workforce since the start of the pandemic, said Hernan Hernandez, executive director of the California Farmworker Foundation. He said workers are likely to flee to a nearby employer if such conditions are imposed.

“We’re stuck in a situation in which we have two completely different worlds,” Hernandez said of the vaccination divide, “and I don’t see us having any public policy quick enough to solve some of the ongoing issues we have.”

About half the state’s farmworkers have been vaccinated, with another 15 percent undecided and 35 percent refusing, Hernandez said. He said other approaches besides employer mandates have the potential to boost rates, such as policies that tie travel to Mexico or require children to get vaccinated for attendance at universities and schools. 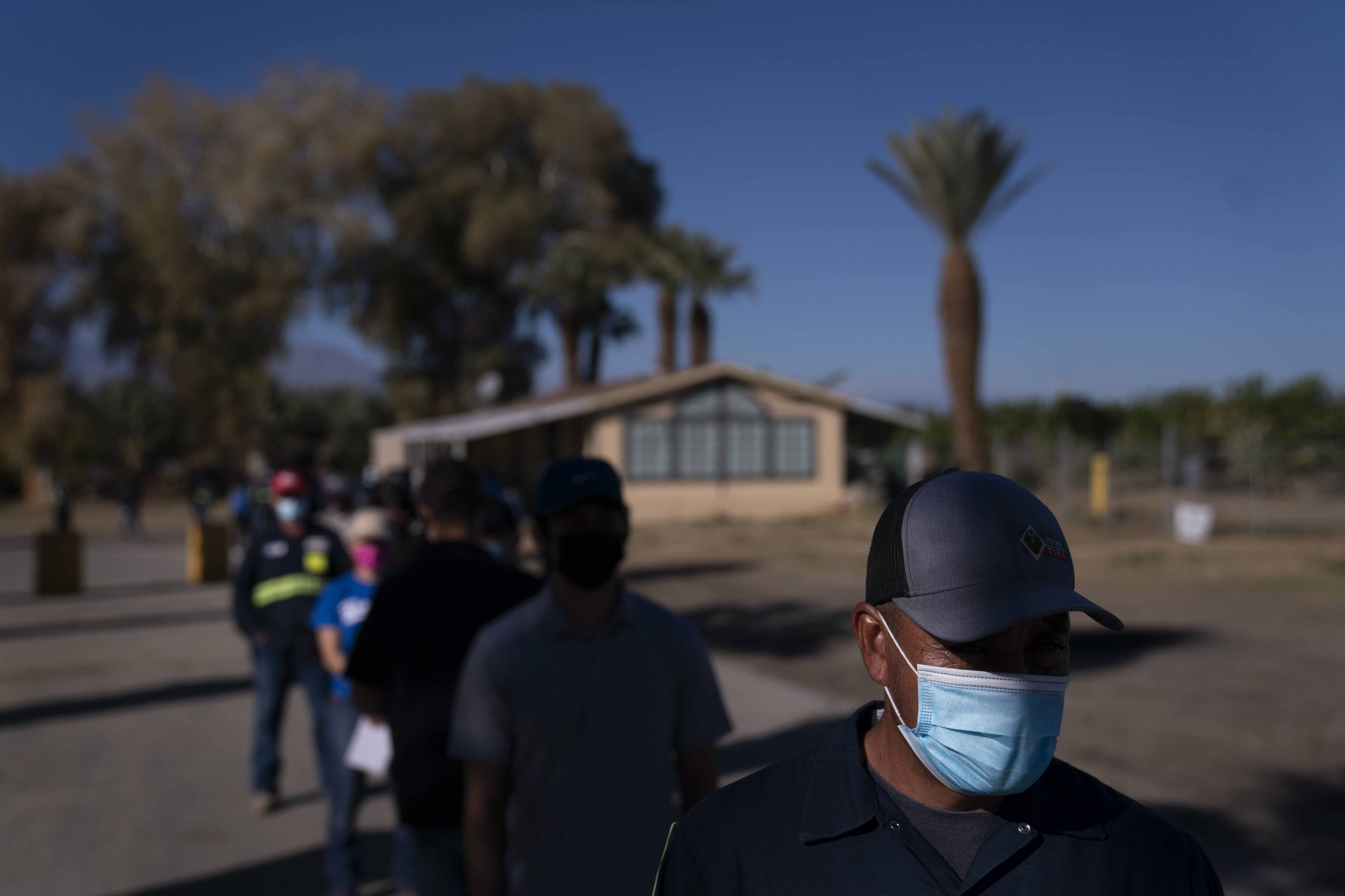 Expect the next few weeks to be messy as companies weigh whether to implement vaccine mandates, said Jim Araby, director of strategic campaigns for the United Food and Commercial Workers Local 5. Araby suggested that businesses first consider incentives for workers to get vaccinated, including paid time off and gift cards, as Walmart did on July 30 for its store and warehouse staffers.

Some industry groups are calling for a similar approach, arguing that employee perks could increase vaccination rates while avoiding the legal and political headaches that can come with requirements. “Rewarding good behavior and offering incentives tends to work in pretty remarkable ways, and don’t have the blowback that mandates do,” said Lucy Dunn, president of the Orange County Business Council in Southern California.

Businesses are likely to face more resistance in places like Alabama or Georgia, where the percentage of fully vaccinated adults is still below 40 percent, than in liberal areas like San Francisco or New York City.

In San Francisco, which has some of the highest vaccination rates in the nation, nearly 58 percent of restaurant owners are already requiring their staff to be vaccinated, according to a survey by the Golden Gate Restaurant Association. Asked if they would support an indoor vaccination mandate, 63 percent said yes.

“This should be a government thing, and then people would have more defensibility putting it in place,” said Thomas, who owns two San Francisco restaurants. “Nobody wants to be doing it alone.”

Rebecca Rainey contributed to this report.