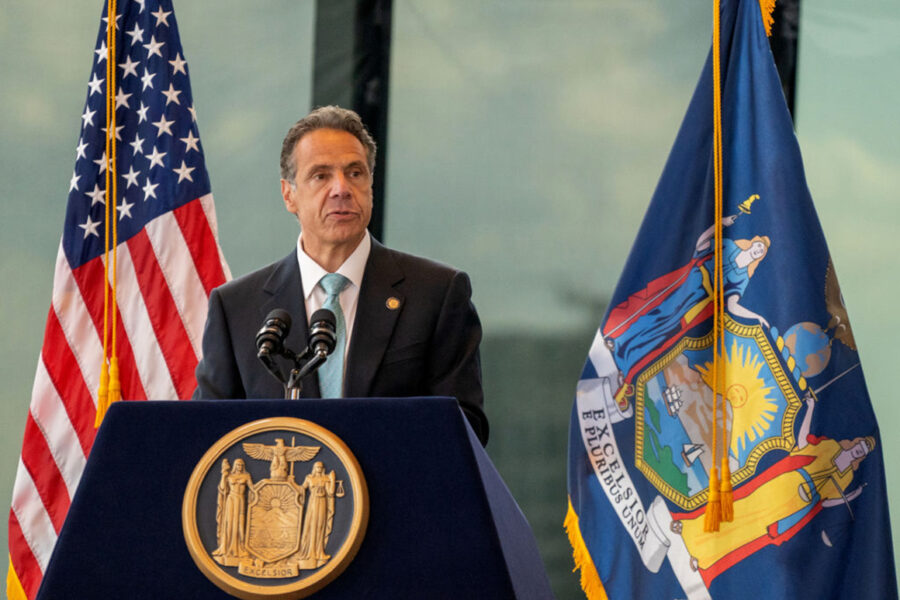 ALBANY, N.Y. — On July 14, Andrew Cuomo’s ethics officer sent an email to two dozen staff who had signaled an interest in working on the New York governor’s 2022 reelection.

“At the outset I want to stress that there is absolutely no obligation for you to volunteer, any volunteering is 100 percent your choice, and there are no consequences – positive or negative – for volunteering or not volunteering,” read the email, obtained by POLITICO from Julia Pinover Kupiec — Cuomo’s special counsel and ethics officer.

The subtext was clear: Cuomo’s campaign could not suffer additional allegations of misusing state resources for personal gain. Kupiec offered two training sessions for how, when the time came, aides could “keep any and all volunteer work strictly away from state business.” One of those happened July 26.

Two weeks later, the dream of an elusive fourth term is all but dead with Cuomo’s resignation announcement Tuesday. It was a rapid decision, announced in a live video, that took nearly everyone — except for a few senior aides who were told Monday — by surprise.

The late July campaign strategizing shows just how ready the governor was to launch an effort to claw out from months of scandal prior to Attorney General Tish James’s damning report last week corroborating 11 accounts of sexual harassment allegedly committed by the governor.

In the hours and days that followed the report, Cuomo and his lawyers came out swinging, on brand, with shouts of lies and political posturing as his former aides wondered in bewilderment why he couldn’t see that he had run out of options.

Even then, as Cuomo dug in for a fight, he remained relatively calm and analytical, focused on his next steps, said one former top Cuomo aide who spoke with him briefly after the report was published. The aide, who wanted to check in on “a personal level” with the governor, spoke on condition of anonymity to disclose the private conversation.

Cuomo stayed out of sight, but his personal lawyer, Rita Glavin, went on primetime TV news to challenge the integrity of the allegations. And when the state Assembly told Cuomo that he would have the opportunity to present additional evidence to bolster his case against impeachment, his office said they would happily comply.

Much of New York’s political sphere was still bracing for a long and bloody battle before Cuomo would relinquish his grasp on his title of more than a decade. It was expected to take weeks before he’d be impeached — and longer, still, before he could be stripped of his office. What, really, did he have to lose in fighting?

But by that point, alongside most of the state and national Democratic party, nearly every other member of Team Cuomo was injured, suspended or had changed loyalties. His tiny circle had dwindled down to huddles in the executive mansion with his family, top aides Rich Azzopardi and Melissa DeRosa and a handful of loyal former senior staffers, such as Larry Schwartz, two people familiar with the situation said.

Melissa DeRosa, who served as the governor’s most senior aide, resigned on Sunday night after a blistering portrayal in the James report detailing her role in fostering a culture that silenced the allegations against Cuomo. The governor was left without his right hand — and no options to replace her.

Finally, on Monday, Assembly Speaker Carl Heastie said he was not interested in any political bargaining during the rapidly advancing impeachment process, removing any chance the governor — long known for his prowess with political chess — could negotiate a more graceful exit.

The only upside to facing impeachment would have been a potential opportunity to correct the record, as Cuomo saw it, regarding some of the more egregious allegations against him. But his lawyers’ efforts in that arena looked to be futile, the former aide said.

“The final death knell was Carl Heastie saying there were no deals,” the person said, based solely on their knowledge of Cuomo’s thought process. “With impeachment, he can’t serve out his term gracefully, so he was faced with that option — or just resigning. Once those were the only two real choices, he pulled the plug.”

Though many had been advising him to step down for days, several who were previously close advisers and have for years shown the ability to predict Cuomo’s thought processes said they had little to no advance warning.

“Nobody I was talking to knew it until this morning,” said one.

“I didn’t [know] and the people I talk to had no idea it was happening until minutes before it happened,” said another.

And others who’d backed both Cuomo and his father, former Gov. Mario Cuomo, during their shared decades of power found out alongside the rest of the country — through the same format that earned Cuomo a shining few months of unparalleled national fame before his rapid political demise.

“When watching TV,“ a former adviser said, “just like everyone else.”