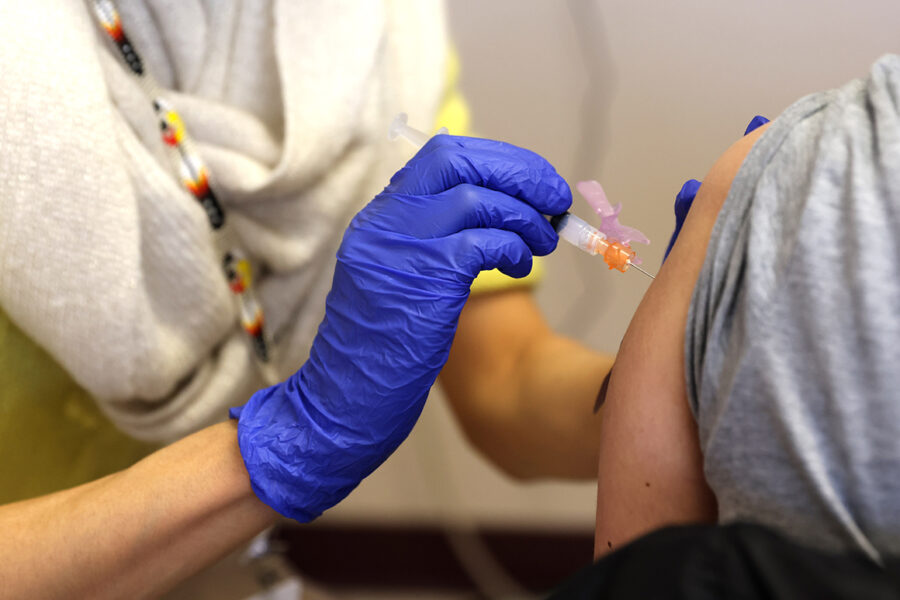 The Food and Drug Administration on Thursday will authorize third doses of Pfizer and Moderna’s Covid-19 vaccines for people with weakened immune systems, in a bid to bolster their protection against infection as the highly contagious Delta variant circulates.

The agency will amend the emergency-use authorizations for the two vaccines to allow a relatively small number of immunocompromised adults to get an additional dose, according to a person familiar with the decision. The policy is designed to help people who may not have gotten adequate protection from the initial two-dose Pfizer or Moderna regimen because of their weakened immune systems, the person said.

An estimated 7 million adults are immunocompromised, according to the Centers for Disease Control and Prevention — a population that includes solid-organ transplant recipients, cancer patients and those with HIV.

The FDA’s decision does not allow for extra doses of vaccine to be given to immunocompromised people who originally received Johnson & Johnson’s one-dose Covid-19 shot — primarily because officials believe that very few immunocompromised people got that vaccine. Federal regulators authorized the J&J vaccine well after the immunocompromised population got access to Covid-19 vaccines, and the CDC has long recommended that those people specifically seek out Pfizer or Moderna’s shots.

Biden administration officials and medical experts have long expected that high-risk groups, including immunocompromised and elderly people, would need additional doses of Covid-19 vaccines to maintain protection from infection. Federal officials have sought to emphasize in recent weeks that additional doses for these groups would be different than giving booster doses to the general public. It is not clear yet that healthy adults and teenagers will need booster shots.

News of FDA’s imminent action comes as the Delta variant drives a resurgence of Covid-19 cases across the nation, prompting a return to mask-wearing indoors and a spate of fresh warnings about the virus’ danger to those who are unvaccinated.

“We’ve been concerned about these [immunocompromised] individuals,” Surgeon General Vivek Murthy said Wednesday afternoon on CNN. “The FDA has been working hard to basically do the evaluation around safety, make sure that we have everything we need to make these additional doses available to people. The CDC is also looking into making sure that guidance is clear and available for immunocompromised individuals.”

The administration has spent months collecting data on the vaccines’ performance over time in an effort to pinpoint how long their protection lasts. Vaccine makers are conducting clinical trials of additional doses of their original vaccines and modified formulas to determine the optimal dosage and timing of booster shots for the broader population, should they become necessary.

The CDC’s vaccine advisory panel will meet Friday to examine the latest data on extra doses for people with weakened immune systems. The committee is expected to vote to formally recommend the practice — an important endorsement of the FDA’s expected decision, but not one that is required before extra doses can be administered.

Leana Wen, an emergency physician and public health professor at George Washington University, said FDA should expand the emergency use authorizations for all three vaccines with broad criteria allowing for additional doses.

“I understand why to some extent the FDA may be hesitant to make a broad recommendation to 13 million people without definitive evidence,” said Wen, referring to the number of Americans who have received the J&J vaccine. “But that’s why they should allow people to get the advice from their individual doctors to get a booster dose. … Why don’t we allow them to do this in a way where they’re not sneaking around?”

Evidence from clinical trials with dozens of immunocompromised participants suggests that three doses of a given Covid-19 vaccine, or a mixture of Covid-19 vaccines, can boost antibody protection in this group. On Wednesday, a study published in the New England Journal of Medicine found that solid-organ transplant patients saw a major boost in protection from a third Covid-19 shot.

The CDC vaccine panel held off on issuing a recommendation on additional doses at its meeting in July because the FDA had yet to authorize the vaccines for that purpose. An FDA official said then that the agency was exploring all regulatory avenues that could provide more access to the vaccines if data show the benefits outweigh the risks.

Despite the lack of federal signoff, some doctors have recommended that certain patients, particularly those who are immunocompromised, seek out an additional vaccine dose. Some doctors have even taken one themselves.

Pfizer executives pitched White House and federal health officials last month on the eventual need for a third vaccine dose, days after announcing plans to petition the FDA for emergency authorization for it in August. The public statement surprised the Biden administration, which had been downplaying the near-term necessity for additional doses as it struggled to convince enough Americans to get their initial shots.

The company cited early data from its ongoing booster trial showing that a third dose elicits a strong antibody response to early virus strains; Pfizer later added that a booster produced a notable response to the Delta variant. It plans to submit its data to regulators by Aug. 16.