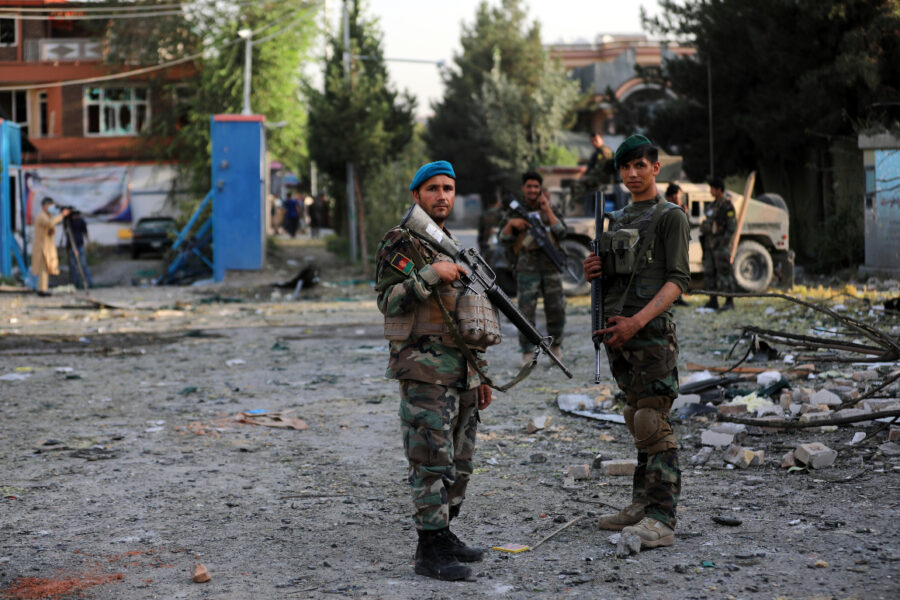 The United States spent more than $88 billion to train and equip Afghanistan’s army and police, nearly two-thirds of all of its foreign aid to the country since 2002. So why are they crumbling in the face of the Taliban onslaught?

The breathtaking failure to mold a cohesive and independent Afghan fighting force can be traced to years of overly optimistic assessments from U.S. officials that obscured — and in some cases, purposely hid — evidence of deep-rooted corruption, low morale, and even “ghost soldiers and police” who existed merely on the payrolls of the Afghan Defense and Interior Ministries, according to current and former officials directly involved in the training effort.

Even the Afghan units who have fought valiantly in the face of a formidable enemy, suffering enormous casualties in the process, were never expected to operate without high-tech air and ground support from foreign allies, they say.

“How do we get the Afghans to fight for themselves? It may never happen,” said Sen. Joni Ernst (R-Iowa), a retired Army lieutenant colonel and member of the Armed Services Committee who opposed the withdrawal of U.S. troops.

Ernst, who reviewed the training on several occasions, said the Americans in charge “were optimistic.”

“The special operations were really doing quite well,” she said in an interview. “But that’s always when they had Americans advising and assisting them.” 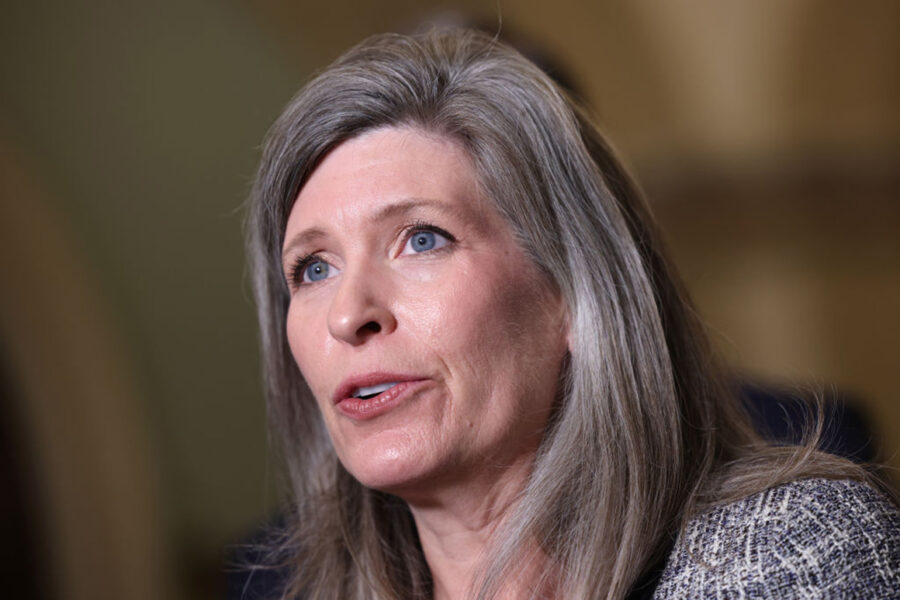 In recent days, the country’s second- and third-largest cities, Ghazni and Herat, have fallen to the Taliban. On Friday, Lashkar Gah, the capital of Helmand province, was also in the militant movement’s control. There are now growing doubts among military officials that Afghan units assigned to defend Kabul will fare much better and Washington and its allies are anticipating the Taliban could soon be at the gates of the capital.

The Pentagon insisted it is not counting them out yet, even as 3,000 American troops are flowing into Kabul to evacuate U.S. diplomats, who were instructed Friday to destroy sensitive government documents before fleeing for their safety.

He added that the Afghan forces’ “advantages,” citing their numerical superiority and the fact the Taliban lacks an air force, “are still there. You have to use it.”

But as Afghans are now tragically learning, numbers can lie.

The Afghan security forces have expanded substantially over the past two decades — from just 6,000 under the Ministry of Defense and no national police at all in 2003, to 182,071 and 118,628, respectively, as of April 2021, according to the latest Pentagon figures.

As the forces have ballooned, however, so have the claims of their prowess.

One U.S. commander boasted a decade ago that Afghanistan’s army “fought with skill and courage.” A successor in 2015 said they had “proven themselves to be increasingly capable.” As recently as last month, the Pentagon’s chief spokesperson insisted the Afghan forces “know how to defend their country.”

But the countervailing evidence that government forces were ill-prepared to take on any sustained conflict was often left out of public testimony or simply classified as secret.

Beginning in 2015, the Pentagon started shielding some data on the Afghan forces from the public, in a move that the Special Inspector General for Afghanistan Reconstruction at the time called “unprecedented.”

The independent watchdog concluded that it was “unable to publicly report on most of the U.S.-taxpayer-funded efforts to build, train, equip, and sustain” the Afghan forces.

The Pentagon loosened some restrictions on data but since 2017, much of the previously available information about the size, strength and casualty rates of Afghan military units has remained hidden.

In a July 30 report to Congress, the special IG said that U.S. forces “continued to classify detailed ANDSF attrition information,” using an acronym for Afghan National Defense and Security Forces, and that some information was simply no longer available, including the “operational performance” of the Afghan forces, maintenance data, and “the impact of COVID-19 on ANDSF recruitment and attrition.”

The Pentagon’s secrecy, while perhaps defensible on security grounds, left a misleading impression of just how swiftly those forces might fold under Taliban pressure.

Efforts to limit public reporting have “contributed to a broad lack of understanding of the inadequacy of Afghan security forces,” said Steven Aftergood, director of the Project on Government Secrecy at the Federation of American Scientists, who has tracked the lack of disclosure. “That by itself should have been a warning sign. If they were highly capable and highly competent, that is not something you’d want to keep secret.”

But the signs have been mounting for years that the rosier assessments did not reflect the reality on the ground.

Infantry units face high turnover in any army, but that has been especially true for the Afghans, who have been plagued from the outset by troops abandoning their posts for reasons ranging from harvest schedules to combat losses to desertion.

The high rate of attrition has led to a lack of cohesion. “If you don’t pump new energy and professionalism into the force constantly, it disintegrates pretty quickly and you won’t recognize it two years later, much less often,” said Mike Jason, a retired Army colonel who commanded training units in Afghanistan.

A formidable Taliban has also exacted a heavy toll in recent years. “That’s caused huge losses for the Afghan army and they’ve had to start from scratch with a lot of recruits,” said Michael O’Hanlon, a military expert at the Brookings Institution who completed several research trips to assess the progress of the NATO training effort. “Almost every year they are having 20 or 20 percent attrition either from casualties or desertion.”

As for the U.S-trained Afghan air force, it is still flying dozens of bombing missions in support of the Afghan army.

But there is only so much a relative handful of propeller-driven planes and aging attack helicopters with few spare parts can accomplish, and the air force has struggled to respond to the multiple battles raging across the country.

The poor performance of the Afghan air force has in turn spurred ground troops to flee, said a former senior U.S. military commander in Afghanistan who wished to remain anonymous.

“They realized after fighting two to three days, being hit in various locations all around the country, that the Afghan air force would not deliver reinforcements, resupplies, air medevac, or close air support,” the former commander said, referring to medical evacuations. “I warned of this months ago, especially when we withdrew our maintenance contractors who kept the sophisticated U.S.-provided systems operational.”

Some also view the original conception of the training program as faulty.

Mark Jacobson, a former Pentagon official and combat veteran who was a senior NATO official in Afghanistan, believes too much focus was given to preparing the Afghan military to repel a foreign army rather than a home-grown insurgency like the Taliban.

“We failed in trying to make the Afghan army in our own image,” he said in an interview. “We tried to create regiments and brigades when we needed to create an army and police force that was basically special forces designed specifically to beat back an insurgency, not to defend the Afghan borders against outside conventional attacks.”

The Afghans’ inability to hold the line is also simply a function of geography, said retired Army Gen. Joseph Votel, the top U.S. commander in the Middle East from 2016 to 2019.

“You have a lot of forces out away from the capital, and many of them are dispersed in smaller locations that are easy to be isolated and cut off,” he said in an interview. “They’re hard to reinforce.”

That also means the most effective Afghan units, which by definition can only be engaged in one battle at a time, are under especially heavy demand.

But the problems have also been much more systematic. The special U.S. government watchdog for Afghan reconstruction, in its July report to Congress, cited the “corrosive effects of corruption” within the ranks, as well as “questionable accuracy of data on the actual strength of the force” and an inability to assess “intangible factors” such as “the will to fight.”

Outlining the continuing impact of corruption on personnel strength, for example, it cited problems “such as fake personnel records that corrupt actors used to pocket salaries” for both “ghost soldiers and police.”

Others who have been involved in the training, however, believe the events of recent days are largely the result of the United States leaving the Afghans in the lurch.

“They have stood and fought with us for many years and have taken casualty rates that are many times those of U.S. forces,” said Kimberly Kagan, president of the Institute for the Study of War who was a member of the Strategic Assessment Group of then-U.S. commander Gen. Stanley McChrystal.

She complained it is “the abandonment of Afghanistan by the United States and its allies that has caused the dramatic change in the ability of the Taliban to accelerate its campaign to take territory” and in the process, “destroyed the confidence” of the Afghan security forces.

O’Hanlon, who served as an informal adviser to U.S. commanders, agreed that “one problem is just that we never expected an abrupt departure.

“We always assumed there would be a 12- to 24-month notification of a drawdown or a departure and that would have allowed for some adjustments,” he said.

The speedy U.S. and NATO withdrawal had a huge effect on rank and file Afghan troops, he believes. “Anybody who was a fence sitter on how hard they were going to fight in defense of the government has decided not to be a fence sitter anymore, but to go ahead and lay down their arms and either do a deal with the Taliban or blend in.”

Still, many others insist it is unlikely the persistent readiness problems could have been solved by more American training and financial aid.

“The Afghan force has been struggling with low degree of control, poor leadership, lack of recruitment, desertion and weak battlefield performances,” said Neha Dwivedi, a research analyst at Janes, a defense and intelligence consultancy. “While the Afghan security force boasts of sophisticated and technologically advanced weapons, it suffers from a lack of cohesiveness, corruption and mismanagement.”

“The Taliban, on the other hand,” she added, “lacks high technology weapons but appears financially stable with a stable cohesive group.”