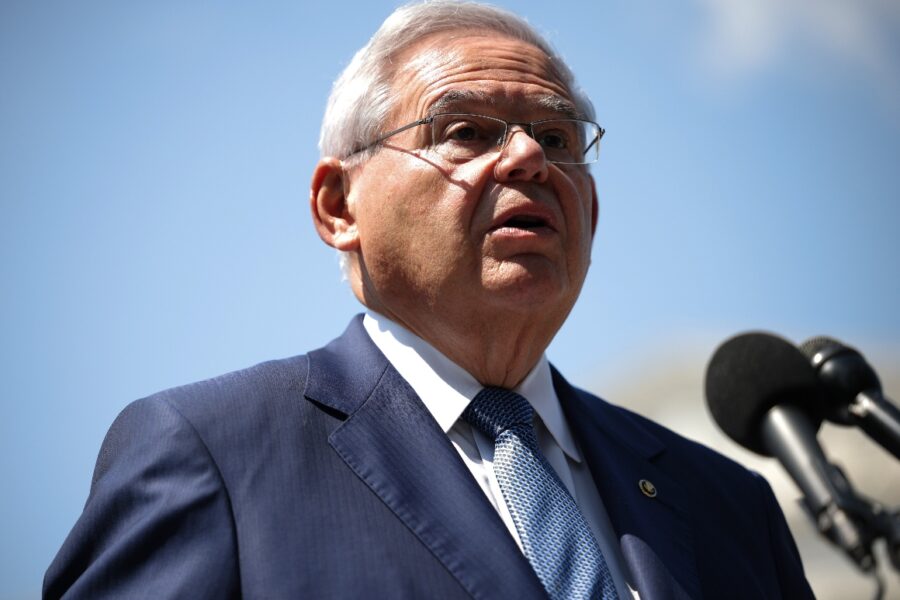 Statements from the leaders of the Senate’s Intelligence, Foreign Relations and Armed Services committees reflect the widespread bipartisan anger over what is widely perceived as a chaotic and poorly planned exit from America’s longest war. It’s concluding with a historic rush to power by a militant group that the U.S. has spent trillions of dollars and sacrificed American blood to stave off for two decades.

“I am disappointed that the Biden administration clearly did not accurately assess the implications of a rapid U.S. withdrawal,” Senate Foreign Relations Chair Bob Menendez (D-N.J.) said in a statement. “We are now witnessing the horrifying results of many years of policy and intelligence failures.”

Even as the intelligence assessments grew increasingly dire, President Joe Biden was publicly downplaying the likelihood of a swift Taliban sweep through the country, which spread to its capital city of Kabul on Sunday. The U.S. is now rushing to evacuate Americans from the country, as well as Afghans who served as interpreters and translators for U.S. troops throughout the conflict. Thousands will inevitably be left behind, lawmakers have warned, largely due to insufficient planning that caused evacuations to be delayed for months.

The impending reviews on Capitol Hill could be the Biden administration’s first significant headache when it comes to congressional oversight. With Democrats in control of both chambers, the White House has seen little public pressure from its allies on the Hill. That posture is about to change.

Menendez, who has long maintained an independent streak on foreign policy, said Washington’s international reputation is “on the line” while as many as 6,000 troops deploy to Kabul, work to secure the main airport and evacuate as many people as possible. The New Jersey Democrat blamed the Biden team for “clear policy execution and intelligence failures associated with our withdrawal and its aftermath,” and pledged a “full accounting.”

Sen. Mark Warner (D-Va.), who chairs the Intelligence Committee, said he would work with other Senate panels to “ask tough but necessary questions about why we weren’t better prepared for a worst-case scenario involving such a swift and total collapse of the Afghan government and security forces.”

And the Senate Armed Services Committee, under Chair Jack Reed (D-R.I.), will also hold hearings on “what went wrong in Afghanistan.” Reed blamed the fiasco in part on the administration’s “failures of intelligence, diplomacy and a lack of imagination as we transitioned military forces from the country.”

The Foreign Relations panel will also look into the Trump administration’s initial agreement with the Taliban that set a May 1 withdrawal date, as well as Biden’s “flawed execution of the U.S. withdrawal,” Menendez said. It will also examine the rapid collapse of the U.S.-trained-and-equipped Afghan army, which was overrun by the Taliban in a stunning fashion.

“To see this army dissolve so quickly after billions of dollars in U.S. support is astounding,” Menendez added. “The American and Afghan people clearly have not been told the truth about the ANDSF’s capacity and deserve answers.”

While Biden acknowledged on Monday that the Afghan government’s fall to the Taliban happened faster than he had anticipated, the president stood by his decision to pull all U.S. troops out of Afghanistan before Sept. 11, the 20-year anniversary of the terror attacks that prompted the U.S. invasion. And he laid blame at the feet of the Afghan security forces and the U.S.-backed government there, insisting that they didn’t have the “will” to fight the Taliban.

“The situation in Afghanistan is rapidly changing and it is imperative that the administration provide the American people and Congress transparency about its Afghanistan strategy,” Meeks said.

Lawmakers will have plenty of questions for senior Biden administration officials in what is shaping up to be not only a retrospective on what went wrong, but also rigorous oversight of how the U.S. plans to evacuate Americans and Afghan allies before the end of the month. Lawmakers also want to learn more about how the Biden administration will work to mitigate new terror threats to the U.S. homeland through the potential reconstitution of extremist groups in a Taliban-run Afghanistan.

Democrats have largely stood behind Biden even as the consequences of the rapid U.S. withdrawal became clear. The president and his allies have defended the wisdom of withdrawing U.S. troops, even as the more immediate crisis was centered on the planning and execution of that withdrawal and how the Biden team can correct its errors in the days and weeks ahead.

Rep. Jim Langevin of Rhode Island, a top House Armed Services Committee member, was among the few Democrats who issued a blistering critique, writing in a Foreign Policy op-ed: “This is a catastrophe. This negligence was par for the course for the last U.S. administration. I am disappointed to see it now.”

Langevin said it was now inevitable that Afghanistan will revert to a “haven” for terrorist groups seeking to attack the U.S. homeland. And he said that if U.S. troops had remained in the country longer, the Biden administration could have “ensured a safe exit for interpreters, journalists, and activists, many of whom may never get out.”

Other Democrats have blamed the Biden administration for not starting the evacuations sooner, and are calling on the State Department and other agencies to do everything they can to expedite paperwork for Afghans seeking refuge in the U.S. Lawmakers have said their offices are inundated with phone calls and messages seeking assistance.

One senator told POLITICO that people who were supposed to be evacuated earlier this week were locked out of Kabul’s Hamid Karzai International Airport while the U.S. was seeking to restore order to the airfield, which thousands of Afghans stormed to try to get on a flight out of the country.

The senator, who requested anonymity, has been talking with those individuals through encrypted messages and informed the State Department about the group’s situation. The department said it was not aware of the matter, the senator added.

The House and Senate are on recess this week, but the House is slated to receive a classified briefing on Afghanistan when it returns to Washington next week to vote on some of Biden’s top domestic agenda items.