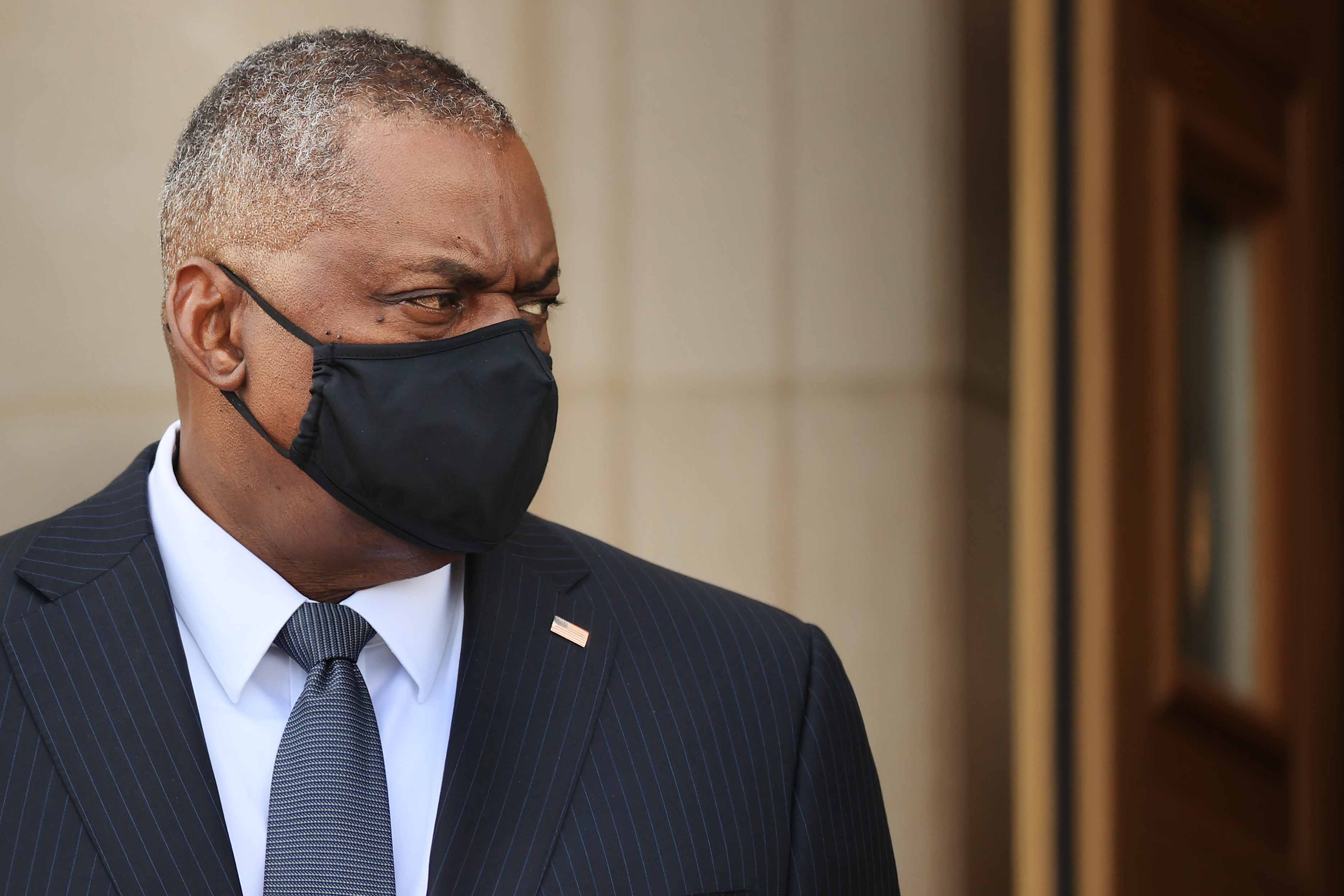 Defense Secretary Lloyd Austin told lawmakers Friday that Americans trying to leave Afghanistan have been beaten by Taliban fighters, according to several people who participated in a briefing call with Austin and other top officials.

Austin’s remarks to House members appeared to directly contradict President Joe Biden’s assessment from minutes earlier, in which Biden said the U.S. was not aware of Americans having trouble getting through Taliban checkpoints and to the airport in Kabul — the only evacuation point in the country that is not controlled by the Taliban.

During the briefing call, Austin called the reports of Taliban beatings “unacceptable,” but did not elaborate on efforts to ensure Americans’ safe passage to Hamid Karzai International Airport in Afghanistan’s capital city. He specifically declined to “rule in or out” the possibility of U.S. troops moving beyond the airport to help Americans and others get to safety.

“We’re also aware that some people, including Americans, have been harassed and even beaten by the Taliban,” Austin said on the call, according to multiple sources. “This is unacceptable and [we] made it clear to the designated Taliban leader.”

Austin added that “with the exception of those cases, we continue to see Americans and appropriately credentialed Afghans continue to move through.”

When asked about Austin’s remarks, Pentagon press secretary John Kirby reiterated that the U.S. has told the Taliban that it wants “free passage through these checkpoints for documented Americans,” adding: “By and large, that’s happening.”

The House briefing — which included remarks from Secretary of State Antony Blinken and Joint Chiefs Chair Gen. Mark Milley — was the first of several in the coming days as lawmakers demand answers about the botched U.S. withdrawal from Afghanistan and the Taliban’s stunningly rapid ascension to power.

Already, at least four Democrat-led congressional committees have vowed to hold hearings and investigate the Biden administration’s execution of the pullout, which has drawn bipartisan condemnation.

Milley told lawmakers that the military would be ramping up C-17 evacuation flights out of Kabul up from 12 per day to more than 30 in the coming days, the sources on the call said.

Earlier Friday, Biden for the first time committed to evacuating all Afghan allies of the U.S. who want to leave the country, extending the same pledge he has previously made to Americans inside Afghanistan. And during the briefing call, Austin confirmed that the U.S. military has “absolutely” agreed to evacuate top Afghan commandos who helped Americans during the war effort.

Republicans have been among the most vocal critics of Biden’s pullout from the war-torn country, which was announced in April. During Friday’s briefing call, House Minority Leader Kevin McCarthy called the withdrawal an “enormous mistake.”

McCarthy pressed Austin on reopening Bagram Air Base, which was long the beating heart of the U.S. war effort there but was shut down and abandoned earlier this year as the U.S. accelerated its pullout. Bagram has two runways to Kabul’s one, which could help accelerate the evacuations of Americans and Afghan allies alike from the country.

“We will work hard to evacuate as many people as we can between now and when we have to stop,” Austin said in an apparent reference to the Aug. 31 withdrawal deadline. “If I’m given more time, I will take more time. … It’s unclear whether or not we’ll be able to do that.”

Biden has suggested that he would keep troops in Afghanistan beyond Aug. 31 if the evacuations weren’t completed by then.

Austin also said the U.S. has not ruled out any options when it comes to the possibility of sending in additional troops. Several thousand American troops have been sent to the Kabul airport over the past week to assist with evacuations and maintain a perimeter around the airfield.

Biden said earlier that the U.S. was “considering every opportunity and every means by which we could get folks to the airport,” amid documented efforts by the Taliban to prevent safe passage there. It’s unclear if that would entail sending U.S. troops outside of the airport perimeter.

While it’s unclear whether troops or other military assets will deployed beyond the airport’s perimeter, Milley told lawmakers that the U.S. was “pushing out and stopping vehicular traffic in and around the interstates” and expanding the perimeter itself.

That’s in addition to nearly a dozen other countries that have already begun transporting Americans and Afghans inside their territory, Blinken said. They include Bahrain, Germany, Italy, Kazakhstan, Kuwait, Qatar, Spain, Tajikistan, the United Arab Emirates and Uzbekistan.

Flights out of Kabul resumed earlier Friday after a pause due to a backlog at Al Udeid Air Base, in Qatar, where passengers were flown to be processed.