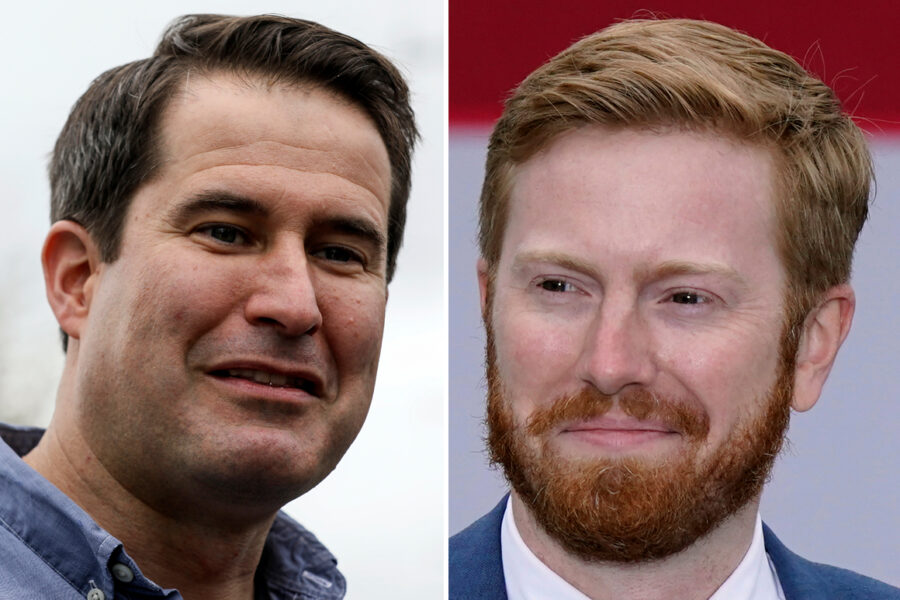 The Pentagon’s top spokesperson on Wednesday publicly reprimanded a pair of congressional lawmakers for traveling to the international airport in Kabul — saying the unauthorized excursion required a “pull-off” of U.S. military resources amid the urgent evacuation mission out of the Afghan capital.

“We were not aware of this visit, and we are obviously not encouraging VIP visits to a very tense, dangerous and dynamic situation at that airport and inside Kabul, generally,” Kirby told reporters. “And the secretary, I think, would have appreciated the opportunity to have had a conversation before the visit took place.”

Although Meijer and Moulton “got a chance to talk to commanders … [and] to talk to troops” while on the airfield, Kirby indicated the lawmakers’ presence was disruptive and unnecessary as the Pentagon seeks to evacuate thousands of Americans and Afghan allies from Kabul in the few days remaining before President Joe Biden’s Aug. 31 withdrawal deadline.

“To say that there wasn’t a need to flex and to alter the day’s flow — including the need to have protection for these members of Congress — that wouldn’t be a genuine thing for me to assert,” Kirby said. “I mean, there was certainly a pull-off of the kinds of missions we were trying to do to be able to accommodate that visit.”

Meijer and Moulton “certainly took time away from what we had been planning to do that day,” Kirby added, although he was unable to say with certainty whether the lawmakers also occupied seats on departing U.S. military aircraft that could have been filled with evacuees.

“I honestly don’t know what the seat capacity was on that aircraft,” Kirby said. “But they are out of the country now.”

Meijer continued to defend the trip on Wednesday evening, saying the lawmakers “had to know what was going on in the ground in Kabul.”

“We have not had information we need from the administration and realized that we were being lied to up and down and we needed to see for ourselves,” he said in an interview on Fox News.

Meijer went on to describe a chaotic scene at the airport as troops work around the clock to handle the “throng” of “desperate” individuals vying for a seat on a plane out of Afghanistan. He praised U.S. troops for how they’re handling a “horrific and impossible” situation.

The congressman also repeated that it was not in their original plans to be dependent on the U.S. military, though he said the two men made themselves known upon arrival for “situational awareness.”

House Minority Leader Kevin McCarthy avoided direct criticism of the lawmakers Wednesday, noting that both Meijer and Moulton are veterans who were irritated by the inadequate level of transparency they were receiving from the administration about the situation on the ground. Still, he advised other members of Congress not to follow their lead.

“I don’t think it was right that they went, but I understand their frustration of why they would want to go, by the lack of answers they were getting,” McCarthy told reporters. “So yes, they made a decision to try to do something on their own.”

Olivia Beavers and Myah Ward contributed to this report.