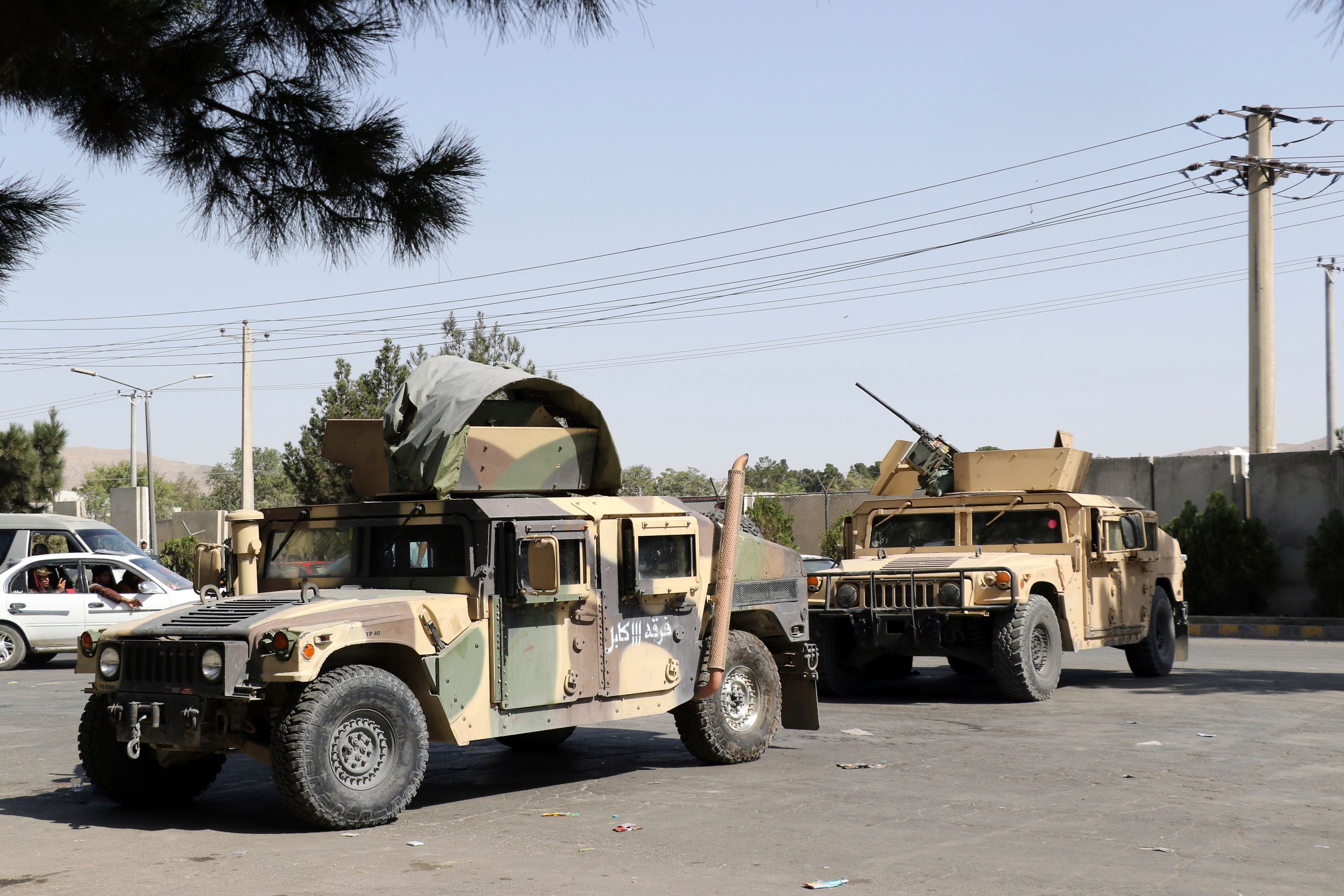 The Taliban hadn’t run Afghanistan for two weeks before the nation saw its first horrific terror attack. Finger-pointing began immediately after Thursday’s suicide bombing near the Kabul Airport. President Joe Biden, in a speech to the nation, said America would hunt down the perpetrators—members of the extremist group ISIS-K, which has taken root in Afghanistan over the past several years. The Taliban blamed the United States, not for the bombing but for failing to keep things safe at the airport, saying the bombing “took place in an area where U.S. forces are responsible for security.”

The Taliban now claims to be the government of Afghanistan, so if the group wants to garner broad respect from Afghans and the international community going forward, it already has a huge challenge: protecting Afghans—and foreigners—from terrorist attacks on its watch. It can no longer just blame the U.S. for the nation’s ills. The bombing offered an instant preview of just how hard that will be.

ISIS-K has been a thorn in the Taliban’s side for years. Formally known as the Islamic State – Khorasan, it has existed since 2015, formed initially by the defection of disaffected members of various other jihadist groups in the region, including some former members of the Taliban. The group initially gathered thousands of followers and seized some small areas in the east and north of the country. In the years since then, the group has declined in size and stature due to relentless pressure from the United States, Afghan and Pakistani security forces, as well as the Taliban.

It has also been notoriously resilient. A U.S. special operator once told me he estimated that the U.S. had killed “five-thirds” of ISIS-K’s manpower over the course of several years. Since 2015, the group has lost four emirs to capture or death in operations conducted by U.S. and Afghan forces. Reports estimate that by 2019, 11,700 ISIS-K militants had been killed, 686 had been captured and 375 had surrendered.

Over the course of 2020, ISIS-K attempted to rebuild its forces from these heavy losses. These efforts met with mixed results, in part due to tacit cooperation between the U.S. military and Taliban forces in efforts to dismantle the group. Today, ISIS-K is generally estimated to have a few thousand fighters at its disposal and is considered degraded but not defeated, though such estimates may need to be revised based on reports of thousands of ISIS-K prisoners having escaped from Afghan penal institutions in the wake of the Taliban’s takeover.

Its resilience stems from the high degree of its members’ motivation, its network of alliances with other jihadi groups that provide ISIS-K assistance and multiply its reach, its attraction to disaffected members of the Taliban and other militants (especially from Pakistan), and its ability to recruit individuals from outside the Afghanistan-Pakistan region, including from India. One of the group’s key assets is its ability to attract a steady stream of experienced leaders and fighters from other local groups who know the region and how to survive in it.

Prior to the beginning of the United States’ withdrawal from Afghanistan, there was general consensus that ISIS-K was a threat outside of Afghanistan’s borders as well, with intentions to launch attacks on the United States and other Western countries. The combined efforts of the U.S. and others over the past five years have left the group without the capability to do so. However, U.S. intelligence estimates earlier this year suggested that if counterterrorism pressure were removed, the group might reconstitute the ability to attack the United States directly within 18 to 36 months.

As yesterday’s news clearly illustrates, despite being less powerful than it once was, ISIS-K still retains the ability to conduct horrific attacks even within the confines of Afghanistan’s capital. It does so for pure terrorism purposes—to slaughter those it deems unworthy of salvation—as well as for pragmatic ones. Such attacks are designed to advance the group’s claims of being the “purest” among Islamic extremist groups, as well as to bolster its efforts to recruit and expand its ranks. ISIS-K maintains its original transnational goals and subscribes to the Islamic State’s ideology of establishing a global Islamic caliphate. The “Khorasan” in its name refers to a province it hopes to establish as a secure platform for its global ambitions.

ISIS-K is also a sworn enemy of the Taliban. The group sees the Taliban as a bunch of sell-outs, who have abandoned the higher calling of a global caliphate in pursuit of their own goal of ruling Afghanistan. Calling them (among other things) “filthy nationalists,” ISIS-K has consistently sought to denigrate the Taliban and seize the mantle of jihad from its amīr al-muʾminīn (“Leader of the Faithful”), Mullah Haibatullah Akhundzada.

For the Taliban, ISIS-K represents one of two immediate internal challenges to its writ as the new government of Afghanistan (the other being the National Resistance Front). For the U.S., the group’s rivalry with the Taliban presents both opportunities and challenges.

According to the head of U.S. Central Command, General Kenneth McKenzie, the U.S. has been providing the Taliban sanitized intelligence on ISIS-K threats in Kabul since Aug. 14. Further, he gave credit to the Taliban for having taken action on that intelligence, saying “we believe that some attacks have been thwarted by them.” So one opportunity is to build on this relationship of counterterrorism cooperation, at least insofar as it applies to the common enemy of ISIS-K.

A significant challenge, however, is how far to take such cooperation given both the political and operational risks. For example, the reported provision by the U.S. to the Taliban of names of Americans and Afghans that the U.S. wanted to be let through Taliban checkpoints created political uproar at home, with critics claiming that such action amounted to putting those Afghans on a Taliban “kill list.” Another major challenge is the Taliban’s cooperative relationship with jihadist groups beyond ISIS-K. The most notable of these from a U.S. perspective is al-Qaeda, which retains a small presence in Afghanistan and close ties to the Taliban that neither group is likely to sever anytime soon.

The Biden administration is thus confronted with a tough choice as to whether or not to continue limited counterterrorism cooperation with the Taliban—with a focus on ISIS-K—going forward. The Taliban have shown willingness and an ability to effectively fight this terrorist group in the past, and according to McKenzie, the Taliban have successfully foiled several previous ISIS-K attack attempts in the capital over the past two weeks. That said, the propagators of yesterday’s attack successfully made it past the entirety of the Taliban’s security apparatus in Kabul, which illustrates the group’s sophistication, and underscores the challenge the Taliban are likely to face in trying to protect the country’s citizens—especially urban ones—going forward. The likely addition of hundreds, and perhaps thousands, of escaped prisoners to ISIS-K’s ranks has the potential to make this far harder. It also has the potential to raise the threat profile of the group even further for the United States.

In his speech to the nation on Thursday, Biden said, “To those who carried out this attack, as well as anyone wishes America harm, know this: We will not forgive. We will not forget.” For several decades, the Taliban have wished America harm. While he will certainly never forgive the Taliban for that, the question confronting Biden now is whether he is willing to put the past in the past and work with the group against ISIS-K, an enemy who wishes harm for America and the Taliban alike.