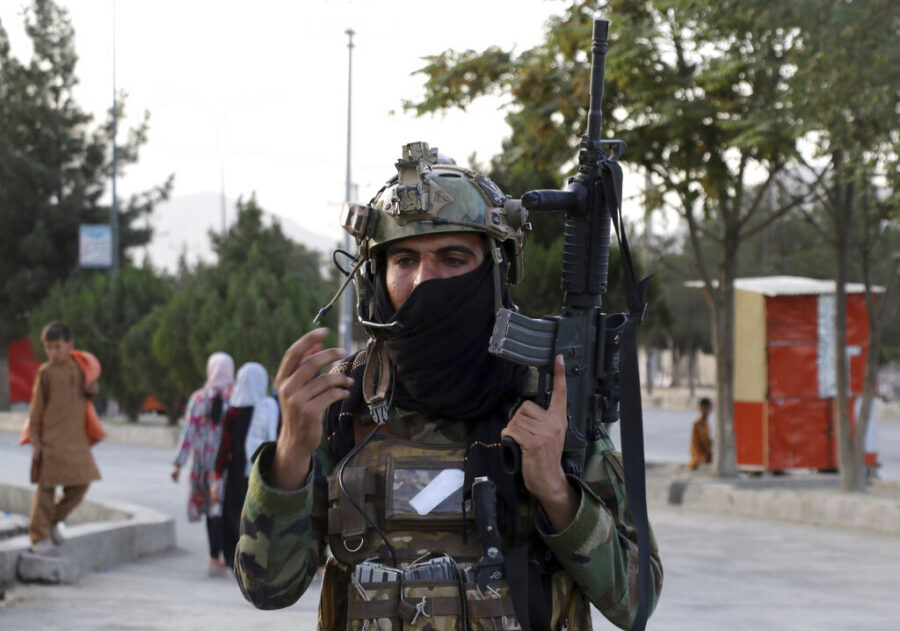 The U.S. military is actively hunting terrorists connected to the deadly attack in Kabul this week and expects to carry out additional airstrikes in the coming days and weeks, according to U.S. officials.

President Joe Biden has given the Pentagon the “green light” to strike any targets affiliated with the Islamic State’s affiliate in Afghanistan, ISIS-K, the group responsible for the attack, without seeking White House approval, according to three U.S. officials with knowledge of the operation.

Senior Pentagon leaders already had this authority, but Biden reaffirmed it in instructions to the military on Friday, one of the officials said.

The president’s “guidance is to just do it,” the person said. “If we find more, we will strike them.”

The news comes hours after the military carried out a drone strike on two ISIS-K targets in Nangarhar province in Afghanistan believed to be involved in planning attacks in Kabul. The strike was in response to Thursday’s deadly suicide bombing just outside Hamid Karzai International Airport, which killed 13 American service members and many more Afghans as troops continued to carry out the massive evacuation.

In a statement released Saturday, Biden said, “This strike was not the last. We will continue to hunt down any person involved in that heinous attack and make them pay.”

“The situation on the ground continues to be extremely dangerous, and the threat of terrorist attacks on the airport remains high,” Biden added, noting that a further attack on U.S positions is “highly likely in the next 24-36 hours.”

Later Saturday, the State Department issued a warning to American citizens to leave the vicinity of Kabul Airport, citing a “specific, credible threat.”

Two “high-profile” ISIS targets were killed and one was wounded in the U.S. drone strike, Army Maj. Gen. William Taylor confirmed in a Pentagon press briefing on Saturday. There were no civilian casualties, he said.

One of the targets was involved in running weapons and bombs into Kabul, while the other was an ISIS-K associate, two of the officials said earlier.

The military is confident that they will be able to find additional collaborators, the first official said. “We are looking,” the official said. “When you get one, they get sloppy, and that lets you find others.”

“Without specifying any future plans, I will say that we will continue to have the ability to defend ourselves and to leverage over the horizon capability to conduct counterterrorism operations as needed,” Taylor said in the briefing.

Pentagon Press Secretary John Kirby said in the Saturday briefing that retrograde withdrawal on U.S. troops from the airport has begun, but said he could not discuss the number of personnel involved. Equipment is also being moved as originally planned, Taylor said.

As of Saturday, more than 117,000 people have been evacuated, with a majority being Afghans, according to Taylor. Approximately 5,400 evacuees are American citizens.

“Despite the treacherous situation in Kabul, we are continuing to evacuate civilians, Biden said Saturday. “Yesterday, we brought out another 6,800 people, including hundreds of Americans. And today, we discussed the ongoing preparations to help people continue to leave Afghanistan after our military departs.”

The Pentagon on Saturday released the names of the 13 U.S. servicemembers killed in the airport suicide bombing, whose remains were being flown to the United States.

Biden paid tribute to the fallen servicemembers in his Saturday statement.

“The 13 service members that we lost were heroes who made the ultimate sacrifice in service of our highest American ideals and while saving the lives of others. Their bravery and selflessness has enabled more than 117,000 people at risk to reach safety thus far. May God protect our troops and all those standing watch in these dangerous days,” he said.

Raymond Rapada contributed to this report.