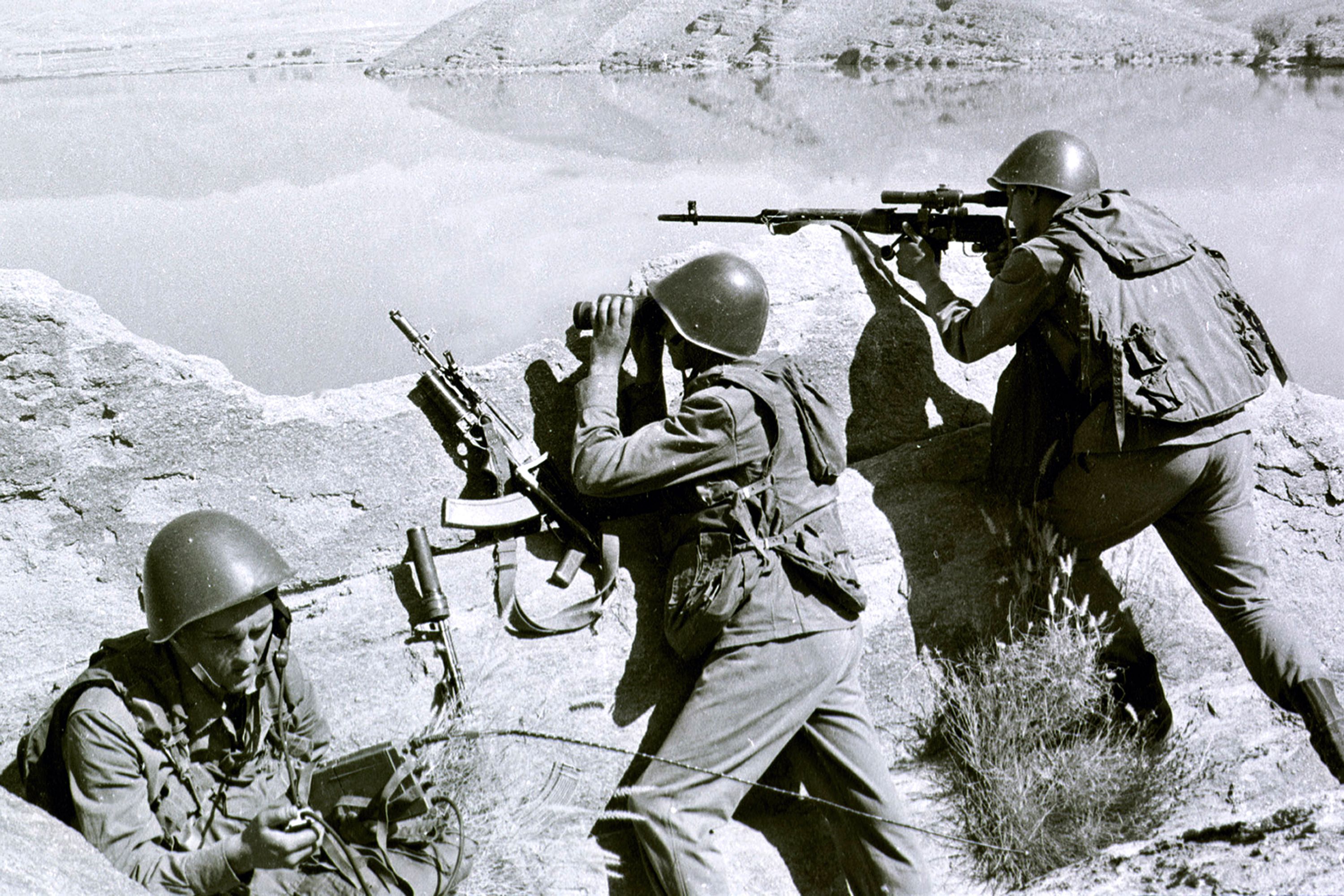 It was inevitable. With the hurried end of the U.S. involvement in Afghanistan, the old epitaph has been revived already in dozens of newspaper headlines, editorial cartoons and think pieces. It seems to spring from the lips of every other television commentator.

“Afghanistan,” we are told, as if this explains everything, “is the graveyard of empires.”

From Alexander the Great to 21st-century America, Afghanistan is supposed to have grievously weakened, if not ruined, all who dared to cross its borders. It’s a catchy phrase, one that evokes images of European statesmen playing “the Great Game” for Asia, Rudyard Kipling writing, “A fool lies here who tried to hustle the East,” and maybe even Indiana Jones swinging through the Temple of Doom.

The only trouble is that it doesn’t have much to do with actual history. Afghanistan, in its long existence, has sadly been more like the roadkill of empires — a victim to their ambitions. Understanding this historical reality is critical to grasping why the United States is unlikely to suffer serious long-term effects from its long and wasteful occupation of Afghanistan — or from the bloody, bumbling withdrawal. It is also vital in acknowledging how much more likely smaller powers like Afghanistan are to suffer lasting trauma than any of their larger, more powerful invaders.

Certainly, the peoples living in what is Afghanistan today have resisted mightily one haughty conqueror after another who swaggered down the Hindu Kush. Alexander the Great faced fierce opposition from locals when he invaded around 330 B.C., and received a nasty leg wound from an arrow. But he ultimately smashed that resistance, founded what became the modern city of Kandahar and pushed on to India — leaving behind the Seleucid Empire, which lasted for 250 years. Genghis Khan conquered Afghanistan. So did Timur, better known as Tamerlane, and his descendant Babur. So did the Turks and the Huns, the Hindus and Islamic Arabs, the Persians and the Parthians. So did numerous empires, peoples and tyrants you’ve probably never heard of: the Greco-Bactrians, the Indo-Scythians, the Kushans, the Sassanian Empire, the Maurys Empire, the Gahznavids, the Uzbeks, the Safavids and the Hotak dynasty. Most of them stayed for decades, even centuries.

The idea that Afghanistan was some kind of geopolitical quicksand for empires seems to have started with the First Anglo-Afghan War, which ended in 1842. An army of 4,700 British and Indian soldiers retreating from Kabul was slaughtered nearly to a man near the village of Gandamak, along with at least 12,000 civilians traveling with the army. The debacle was a major scandal back in London. It also came at a moment when England’s penny dreadfuls and its narrators of the travails and glories of empire were hitting their stride. Much like the tabloids and instant TV news of today, their reports and images served to horrify and enrage audiences at home. (They also played into the racist, Western fascination, one that lasted throughout the 19th century and beyond, with the idea of a gallant band of doomed, white warriors fighting to the last while helplessly outnumbered by “savages”: the Afghans in Gandamak or the Sioux and Cheyenne at the Little Bighorn, the Turks at Balaclava, the Zulus at Isandlwana.)

Less frequently mentioned in recollections of Gandamak is that Britain sent an “army of retribution” into Afghanistan a few months later, one that crushed every Afghan army sent against it, looted and razed numerous towns and villages in its path, and finally sacked Kabul — burning the dazzling Char-Chatta Bazaar there in a final spasm of vengeance. Britain would return to stomp Afghanistan in the Second Anglo-Afghan War, which ended in 1880. Far from being interred, the British Empire would reach its zenith in 1920, extending its reign more than 13.7 million square miles, or more than one-quarter of the Earth’s land mass.

The Soviet Union’s misadventure in Afghanistan was more damaging. The USSR suffered 14,453 fatalities during its brutal, 1979-1988 occupation of the country, and squandered a fortune in materiel and money. But with all due respect to the dead, this was about a typical half-hour at Stalingrad. Although many people have argued that the Soviet Union collapsed because of its failures in Afghanistan, it is impossible to deny the vastly greater price the USSR paid for keeping its many other subject peoples in thrall, or for the manifest failings of communism.

As with many other places that lie between more powerful countries — Poland, for instance — Afghanistan’s strategic value for geopolitics often has been exaggerated by map room geniuses the world over. In fact, that importance has been very limited since the Spice Road trade routes began to disintegrate in the 15th century. As the world moved on to sailing ships, air travel and other economic priorities, and the means of getting them, controlling Afghanistan became less vital. But that didn’t stop all the armchair Napoleons who noted sagely that it was right between the Russian and British empires, or the key to India, or on the road to China.

Eventually, all the empires that made their way to Afghanistan found good reason to move on, or to limit their costs and expectations — as President Joe Biden finally has done, a gutsy decision, however chaotic its execution has been. Unlike nearly all the great powers that have trampled Afghanistan for millennia, the U.S. actually had a good reason to be there. We just didn’t have a good reason to stay.

A terrorist attack on America’s capital and its greatest city, one that killed thousands and was launched from Afghan soil with the approval and assistance of the Taliban — of course this necessitated a powerful response. But for all that President George W. Bush believed that America took on an obligation to “nation-build” in Afghanistan after going in to destroy al Qaeda, we did not. That was an impossible expansion of the U.S. mission in Afghanistan, one that can be measured in the tragic loss of American lives, treasure and goodwill the United States has suffered there since 2001 — losses that have continued right to the bitter end of the U.S. withdrawal.

Of course, the U.S. skedaddle is also a disaster for Afghans, especially women and girls, and all who put their faith in the belief that a true democracy might soon emerge. America has joined that endless parade of powers who made Afghanistan what it really has been all along: a footnote to empire, subjected to the delusions of outsiders for their own purposes, then abandoned at their whim. This is the real tragedy for Afghans and so many peoples like them — how thoughtlessly and terribly they have been misused, for so long, with the best of intentions and the worst, by others who saw them not so much as people but as one more piece in a Great Game that was never so great, or necessary, at all.