His Agriculture Department is far behind its goal for enrolling new land in one program that has that goal, with participation being the lowest it’s been in more than three decades.

Even though the USDA this summer more than doubled key incentive payments for the program that encourages farmers and ranchers to leave land idle, high commodity prices are keeping it more worthwhile for growers to raise crops.

On top of that, the plan, known as the Conservation Reserve Program, takes land out of production for only 10 to 15 years — so those acres could release carbon into the atmosphere if the land is planted again and thus cancel out its environmental benefit.

The slow pace of enrollment and the temporary nature of the program raise questions about whether it will ever contribute significantly to efforts to reduce carbon emissions. It also shows how difficult it is for government programs to voluntarily draw in the farm industry to combat pollution.

“I guess my bottom line is, it’s not a great climate solution,” said agriculture and environment consultant Ferd Hoefner, who was the founding policy director for the nonprofit National Sustainable Agriculture Coalition. 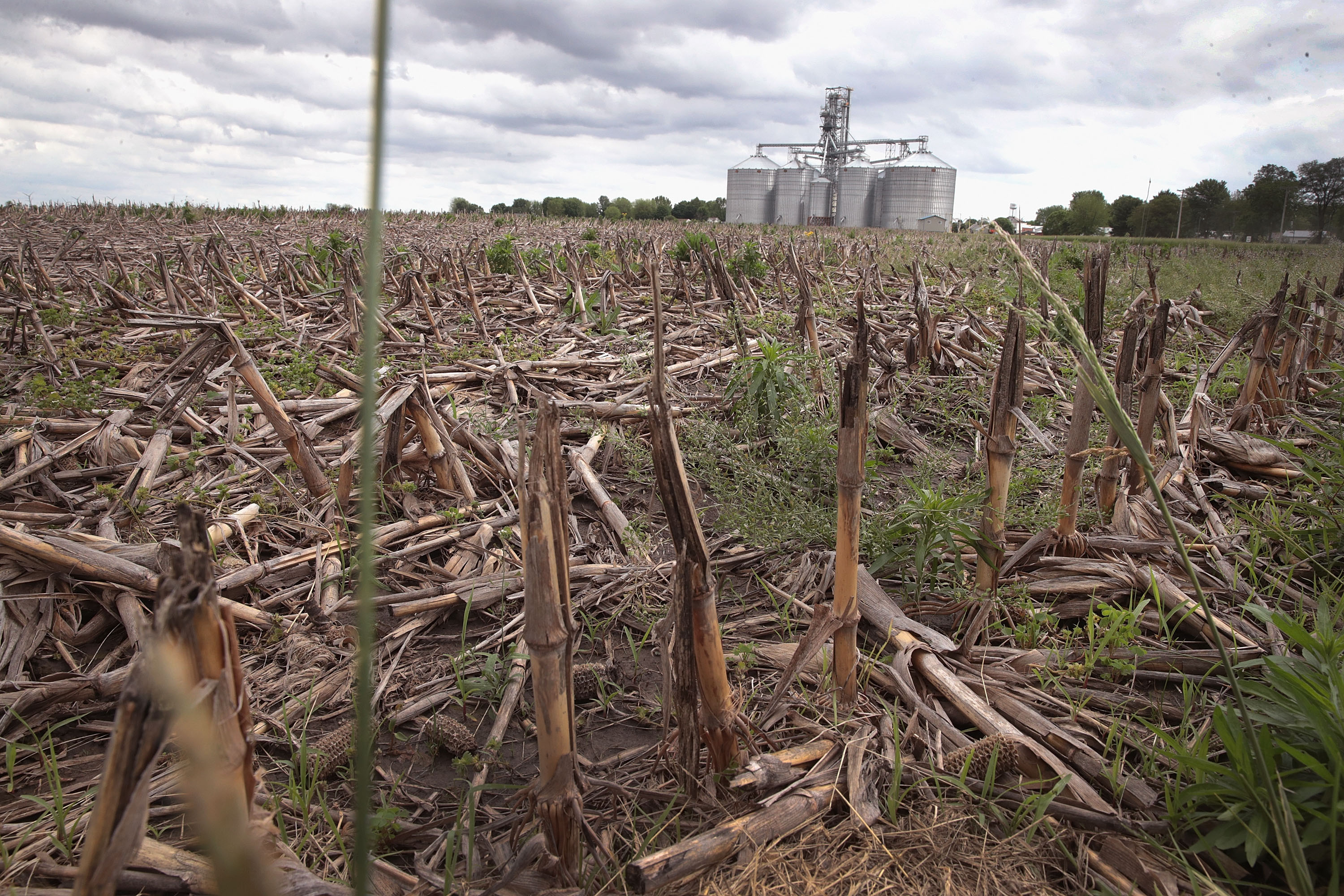 Zach Ducheneaux, administrator of USDA’s Farm Service Agency, which oversees the conservation program, acknowledges that participation this year has been lower than hoped for, but he is still optimistic that the additional money the administration is providing will spur more landowners to join.

“Our position at the Farm Service Agency is that we have to start to talk about working lands and conservation in the same breath,” Ducheneaux said in an interview.

The added incentives the USDA has introduced “definitely made the program more attractive than it was last year,” said Cristel Zoebisch, policy specialist at the National Sustainable Agriculture Coalition.

But she noted that high commodity prices this year could be more lucrative than any additional money the Biden administration is offering. “It’s a trend that we’ve seen time and time again that whenever commodity prices are good, CRP enrollments go down,” Zoebisch said.

The Biden administration aims to enroll 4 million new acres in 2021 but only 2.8 million have been added so far.

Even last week, when the USDA announced the low enrollment, it touted the added benefits to the environment from the program. By participating in the decades-old initiative, USDA noted that farmers agree to undertake conservation measures such as planting trees or grass that prevent soil erosion, improve water quality or provide habitat for wildlife. In exchange, FSA pays farmers rent for the 10 to 15 years the land is enrolled and shares in the costs of making the conservation changes.

But it’s not clear how USDA measures whether the program is a good conservation effort. Ducheneaux said that the department relies on independent analysis from universities and environmental nonprofits to help quantify the program’s success.

USDA asserts the program has prevented more than 12 million tons of carbon dioxide from entering the atmosphere. Still, that’s a pittance compared with how much of the greenhouse gas the USDA said the ag industry releases each year (698 million metric tons in 2018).

Environmentalists praise certain aspects of the program, which doles out about $2 billion each year to farmers and ranchers. For instance, they have commended other conservation benefits that come from sign-ups, such as improved water quality. 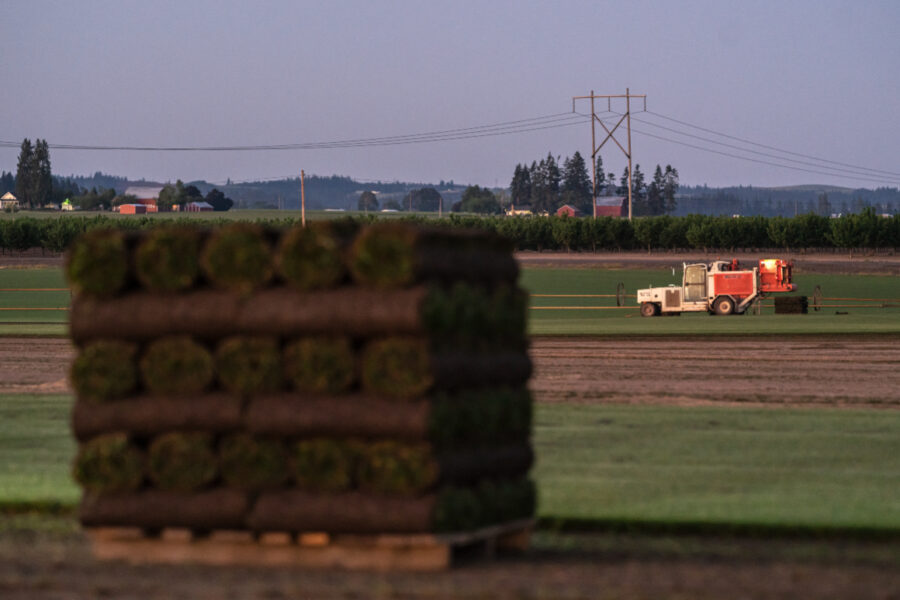 Currently, there are nearly 21 million acres of farmland enrolled in CRP, but the program can enroll up to 25 million acres this year. Ducheneaux attributed the lower enrollment to the fact the program had been cut and ignored for years, even in times when commodity prices were suffering and farmers could have benefited from the added revenue.

“As it was being implemented in the past, folks weren’t being drawn to it,” Ducheneaux said. “The incentives clearly weren’t enough to get folks to even step out of the volatile commodity markets and engage in these conservation practices.”

The program also has supporters including many members of Congress and powerful ag interests that prefer voluntary incentives over mandatory regulations to slash emissions.

Rep. Cheri Bustos (D-Ill.), a House Agriculture Committee member, is among them and noted that CRP isn’t the only tool the Biden administration will use to fight climate change.

“This is a complex problem, and we have got to basically be able to look at what we’re going to be able to do together,” Bustos said. “Bring farmers to the table and figure out how we’re gonna have the most comprehensive approach possible.”

Bustos, who has 10,000 family farms in her Northwest Illinois district, also said she hoped the added financial incentives the administration has introduced will draw in more farmers.

Regions battling wildfires, extreme temperatures and drought such as the Pacific Northwest and the broader Western U.S. might have higher rates of enrollment this year, said Shelby Myers, an economist at the Farm Bureau.

Environmental groups, like the Theodore Roosevelt Conservation Partnership, are also backing the administration’s efforts to attract more farmers to the program.

But some conservationists are worried that FSA will take land that scores low on the environmental benefits index to meet the goal of enrolling more acres, simply to prove that the program fares better under Biden than it did under former President Donald Trump.

The quality of land enrolled in the program is a constant worry, Zoebisch said. She added that taking in land that scores low would be a waste of taxpayer dollars.

“There’s definitely a benefit to having certain parts of agricultural fields taken out of production and protected with permanent grasses and cover,” Zoebisch said. “But we also don’t want to be just allowing any land into the CRP general sign-up. We want it to be of high environmental benefit.”