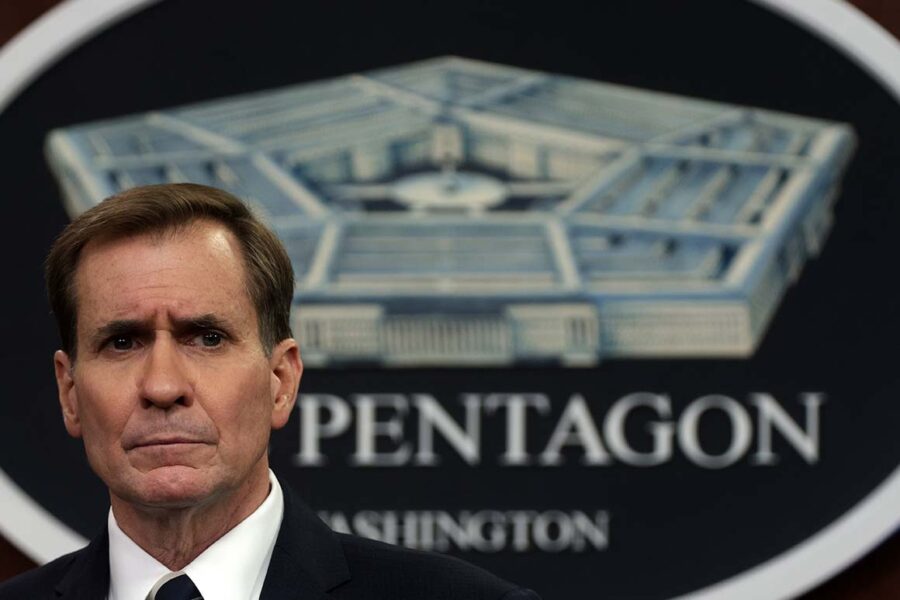 The Pentagon’s top spokesperson said Tuesday the Biden administration was “obviously concerned” for the American citizens and Afghan allies still on the ground in Afghanistan following the completion of the U.S. military withdrawal from the country, acknowledging they were under a high level of threat from the Taliban and the regional Islamic State affiliate known as ISIS-K.

Roughly 79,000 people were evacuated from Afghanistan since Aug. 14, according to U.S. officials, including roughly 6,000 Americans and 73,500 third-country nationals and Afghan civilians. In total, more than 123,000 people were transported out of the country by the United States.

Still, Secretary of State Antony Blinken confirmed Monday that roughly 100 American citizens remained in Afghanistan — despite President Joe Biden’s pledge earlier this month that the United States would maintain a troop presence in the country until all Americans who wanted to leave were evacuated. Biden later extended that commitment to America’s Afghan allies, as well.

On Tuesday, Kirby told CNN in an interview there was “a mixture of relief” at the Pentagon “that we were able to get everybody out safely in those last few hours” ahead of Biden’s self-imposed Aug. 31 withdrawal deadline.

“But there’s also concern, obviously, over the ones that we couldn’t get out — that time and space and the security threat simply wouldn’t allow us to reach,” Kirby added. “Although we don’t think the numbers are large, we’re still obviously concerned about our allies and friends and fellow American citizens that are still there.”

Pressed on the threat to the Americans left behind, Kirby said: “There is no question that the threat environment in Afghanistan remains high. And certainly, we obviously are concerned about the potential for Taliban retribution going forward. And we certainly — and we saw it ourselves — are mindful of the threat that ISIS-K continues to pose inside Afghanistan.”

Thirteen American troops were killed and 18 were injured last Thursday when ISIS militants set off two bombs outside the international airport in Kabul, resulting in the deadliest U.S. casualty event in Afghanistan since 2011. At least 169 Afghans also were killed in the attack.

The United States retaliated with a drone strike Saturday that killed two ISIS-K members in Nangarhar Province in eastern Afghanistan. Another U.S. drone strike Sunday destroyed a vehicle near the Kabul airport believed to be stocked with ISIS-K explosives, but the drone also reportedly killed 10 Afghan civilians. Later Sunday, the Pentagon thwarted an attack from five rockets fired toward the airport.

While Kirby said Tuesday he did not “foresee a military role” in evacuating the remaining Americans in Afghanistan, he stressed that U.S. officials “have other tools available to us as a government to help the safe passage of Americans get out of that country or any other country. It’s not totally unlike the ways we try to move American citizens who are stranded or in danger or in peril out of other countries around the world.”

National Security Adviser Jake Sullivan also told ABC News in an interview Tuesday the U.S. effort to evacuate the remaining Americans had “shifted from a military mission to a diplomatic mission,” and he insisted the United States held “considerable leverage over the Taliban to ensure that any remaining American citizen will be able to get out.”

Sullivan went on to tout the administration’s successful evacuation of “97 or 98 percent” of the total number of Americans in Afghanistan since Aug. 14. Of those who were not evacuated, “we contacted [them] repeatedly over the course of two weeks to come to the airport, to come to a rally point,” he added.

“The small number who remain, we are committed to getting out,” Sullivan said. “And we will work through every available diplomatic means — with the enormous leverage that we have and that the international community has — to make that happen.”