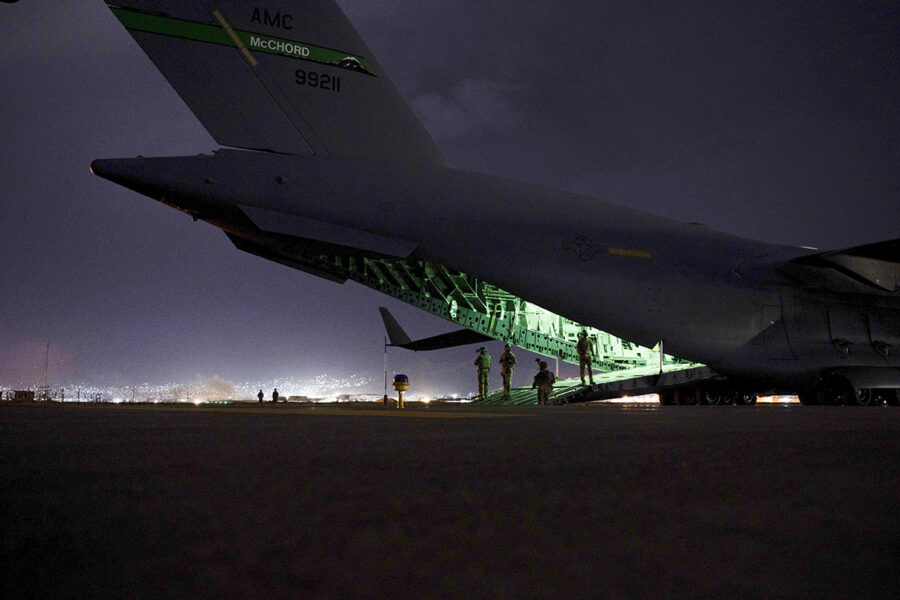 White House chief of staff Ron Klain said Sunday that there are around 100 American citizens left in Afghanistan, days after the administration’s Aug. 31 deadline for getting them all out.

“We’re in touch with all of them who we’ve identified on a regular basis,” Klain said on CNN’s “State of the Union.”

The administration is “hopeful that in the coming days the Qataris will be able to resume air service out of Kabul. If they do, we’re obviously going to look to see if Americans can be part of those flights,” he said, referring to the nation of Qatar.

Klain also said that the administration, which ended the U.S. military presence in Afghanistan, is “in close communication with our sources and our contacts in Afghanistan to try to get [Afghan] SIVs out safely,” following reports that the majority of applicants for Special Immigrant Visas have been left behind and that some have been targeted by the Taliban.

“I know some are coming out by land,” he added. “We are continuing to work on efforts to get them out by air as well. We’re going to continue to move those SIVs out of the country.”

The administration is working to resettle those who have already been evacuated from the country too, he noted.

“We launched a historic airlift that brought 124,000 people out of Afghanistan, American citizens, legal permanent residents of this country, residents of other countries, and a lot of Afghan nationals,” he said.

“We’re ultimately going to resettle them in Europe and the United States, and that’s a big part of rescuing that SIV population.”