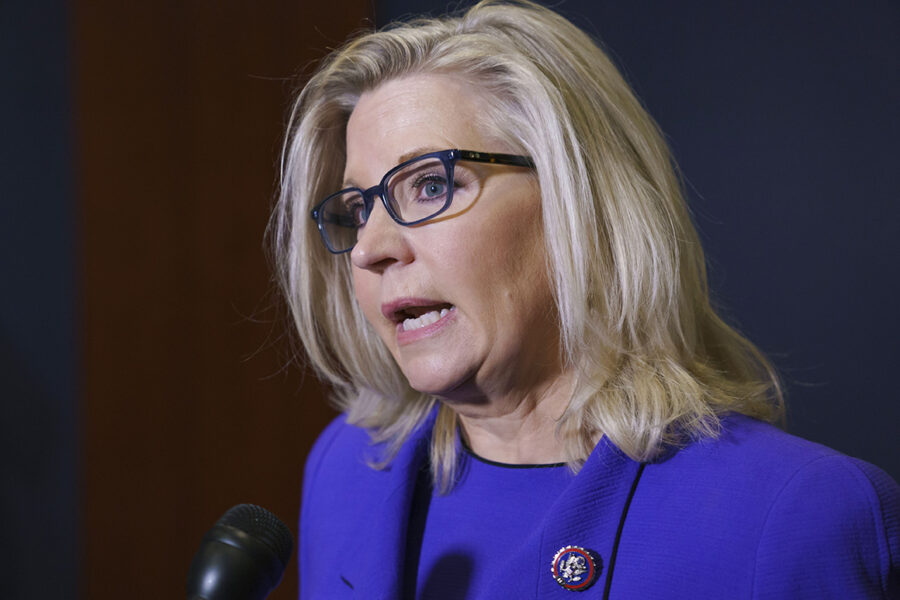 The moment Donald Trump picked his favorite to take on his nemesis, Rep. Liz Cheney, other pieces started falling into place in Wyoming.

One of Cheney’s other potential primary challengers promptly signaled he wouldn’t run, and another candidate dropped out and endorsed Harriet Hageman soon after Trump endorsed her in the Republican primary against Cheney — moving the race toward the one-on-one battle Trump craves in his quest for revenge against Cheney after her aisle-crossing vote to impeach him.

“I said hell would freeze over before I’d be the reason Liz Cheney gets re-elected to represent the great state of Wyoming in the U.S. House,” businessman Darin Smith said in a press statement that announced he would suspend his campaign. “Unity is our strength, and it’s imperative that we unite to take this great Country back.”

State Sen. Bo Biteman, who had also interviewed with Trump to become his endorsed candidate in Wyoming, expressed little interest in running a campaign after the former president made a different pick. Biteman told POLITICO that the Hageman endorsement “doesn’t change anything for me as I never officially entered the race.

Two other announced candidates remained in the primary as of Thursday night but didn’t return calls for comment. One other Republican considering a bid privately told POLITICO that it wasn’t worth it now.

The winnowing of the field of challengers and potential challengers came as little surprise in Wyoming, which was both Trump’s best state in the 2020 election as well as the home of the highest-profile Republican supporter of his impeachment following the Jan. 6 Capitol riot.

Before Trump made his endorsement of Hageman, he and his team spent months vetting and interviewing candidates, including extracting promises that they would drop out of the race if they weren’t picked. Trump made the extraordinary request because polling showed that Cheney would be easier to beat in a one-on-one primary matchup.

“Harriet is respected around the around the state. She had a great campaign for governor. She’ll be a very good candidate,” said former Wyoming GOP Chair Matt Micheli. “There is no doubt that Trump’s endorsement will make her even stronger.”

Before the first challenger called it quits, Micheli predicted that Trump’s endorsement would thin the herd.

“I suspect most of the other candidates probably will drop out,” he said. “If they have a realistic view and do the analysis, they’ll come to that conclusion. I think there’ll be one or two that probably stays in because they’re doing it more for a political point than to actually win.”

Micheli wouldn’t name names, but one candidate who has shown the most interest in staying in is state Sen. Anthony Bouchard, who took to Twitter to criticize the Hageman pick and posted pictures of her with Cheney, whom Hageman once supported.

Bouchard couldn’t be reached, nor could state Rep. Chuck Gray, another congressional candidate.

“Here’s a sound bite for you: Bring it,” Cheney wrote on Twitter, posting the former president’s endorsement of Hageman, who was an ally and financial contributor to Cheney’s past campaigns.

Privately, Cheney backers acknowledged that it will be harder for her to win in a contest with fewer candidates, and some of her supporters wondered whether she would want to persist with a 2022 campaign because she might want to run for the White House in 2024, even against Trump.

“You can’t run for president after losing your home state,” one backer said, speaking on condition of anonymity in order to speak freely about Cheney’s grim chances. “On the other hand, Liz is a fighter. That’s why we like her.”

Sen. Cynthia Lummis (R-Wyo.), who Trump consulted about the Hageman pick, also weighed in, stopping just short of an endorsement but nevertheless indicating her support for Trump’s anointed Cheney challenger.

“Senator Lummis has known Harriet Hageman for decades, and has always considered her a dedicated supporter of our Wyoming way of life, a defender of our state’s values, and a friend,” Lummis’s spokesperson, Darin Miller, said in a written statement. “While Senator Lummis is not making an endorsement at this time, she believes President Trump has made an inspired choice in backing Harriet Hageman.”