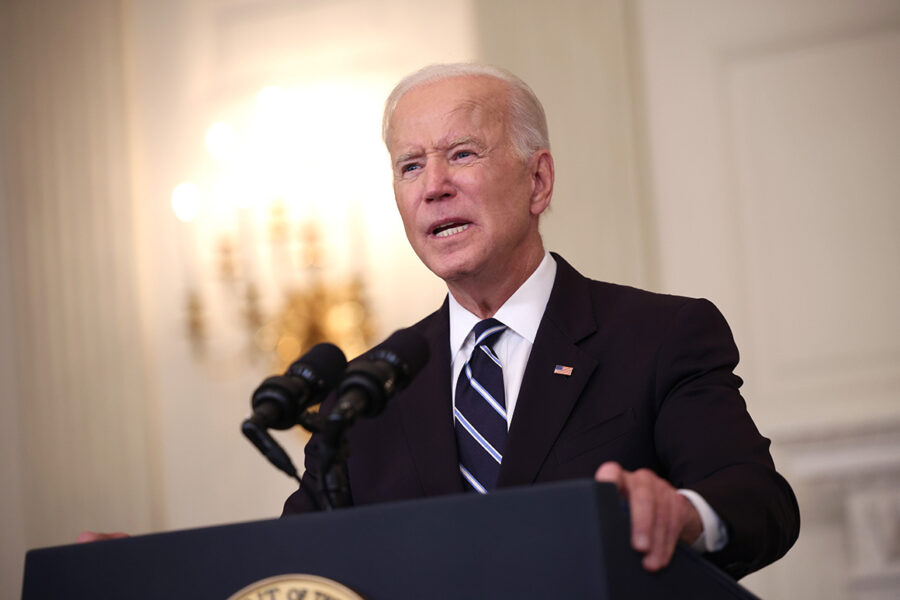 President Joe Biden’s surprise order for the Labor Department to issue mandatory vaccine rules for large companies is already facing headwinds from businesses, conservative governors and even his union allies.

Management-side attorneys say they are fielding frenzied calls from companies with questions over what the rules requiring them to verify that their workers are vaccinated or tested weekly for Covid-19 will actually entail and whether the business or unvaccinated employees will have to pay for the testing.

Unions have been treading a fine line over the new policy, arguing that workers and labor should have a say in any vaccine mandate policy — required by the federal government or not — while also strongly urging their members to get the shot.

And Republican governors Brian Kemp of Georgia and Kristi Noem of South Dakota said they plan to challenge the mandate. Florida Gov. Ron DeSantis said he opposes “mandates of any kind.”

All of that underscores how difficult it will be for the administration to quickly implement a sweeping policy that will affect some 80 million private sector workers.

“What we have right now is chaos,” Lotito added, “because of the unintended consequences of making such an announcement where there is no clarity with respect to a gargantuan number of questions that have been left open.”

The new emergency rules were announced Thursday as part of a new six-part effort from Biden to increase the vaccination rate in the U.S. as he seeks to tamp down criticism over the administration’s handling of a surge in coronavirus cases related to the Delta variant. Only about 53 percent of the population is currently fully vaccinated, according to the Centers for Disease Control and Prevention.

The rules, which will be fleshed out by administration officials, will be the first federal Covid-19-specific safety mandates to impact everyday workplaces. Until now, most employers outside the health care industry have been subject to optional safety guidelines.

The emergency temporary standard will require companies with more than 100 workers to verify that their workforce is vaccinated or get tested weekly for Covid-19. Employers who break the rules could face fines of $14,000 per violation, according to the White House.

But there are many questions about what the scope of the rule will be. For instance, does the 100-employee threshold apply to one worksite, or an entire company? Does the company have to pay for testing or does the employee?

Implementing a rapid testing program like the one envisioned under Biden’s plan is logistically difficult and costly, said Ian Schaefer, chair of Loeb and Loeb’s employment and labor practice in New York.

“It’s millions of dollars a year to any size company. I’ve seen companies do it before Biden issued his order and it’s incredibly burdensome and time consuming and may not even guarantee health and safety in the way that mandating vaccines would,” Schaefer said.

“The administration is incredibly difficult, and it’s imperfect, with respect to making sure that the testing is timely, that people who are testing actually don’t have COVID,” he added.

However, the Department of Labor has been working on the standard for at least a week, according to two people familiar with the matter.

The rules will be enforced by the federal Occupational Safety and Health Administration, and are expected to be issued in the coming weeks, an administration official said Thursday. But the agency took several months to issue a Covid-19 health care emergency temporary standard earlier this year and spent weeks meeting with stakeholders on the rule.

Business groups are expected to object to some aspects of the vaccine emergency rule.

Unions have also warned that mandatory vaccination policies in the workplace need to be negotiated between workers and their employers, raising the possibility of friction and delays in individual workplaces.

“Everyone should be vaccinated — as one step in stopping the pandemic,” AFL-CIO President Liz Shuler said in response to Biden’s Covid-19 plan. “Workers and unions should have a voice in shaping these policies.”

The mandate also faces a fight in the court of public opinion. A recent Washington Post-ABC News poll found that less than half of Americans support workplace vaccine mandates.

Despite the uncertainties, a legal fight does not seem likely to come from big business players like the Chamber of Commerce or the National Retail Federation.

“We appreciate the administration’s commitment to ensuring workplaces are safe despite the ongoing challenges of the pandemic,” said Edwin Egee, vice president of government relations and workforce development at the NRF in response to the announcement. “We look forward to working with the Labor Department as it promulgates this rule.”

The Chamber of Commerce said in a statement that it will “carefully review the details of the executive orders and associated regulations” and will work to ensure that employers have “resources, guidance, and flexibility” to comply with the requirements.

The Equal Employment Opportunity Commission has already clarified that employers can require their staffs to get vaccinated, so long as they provide accommodations for workers who say they can’t get the shot because of their religious beliefs or a disability. Businesses can tell workers to stay home if they can’t be vaccinated for one of those reasons, and workers could be fired if their employer is unable to accommodate remote work, attorneys say.

But proving that it would be an “undue hardship” to provide an accommodation can be difficult, and attorneys say they are skeptical that arguing the cost of providing testing is too expensive would meet that threshold.