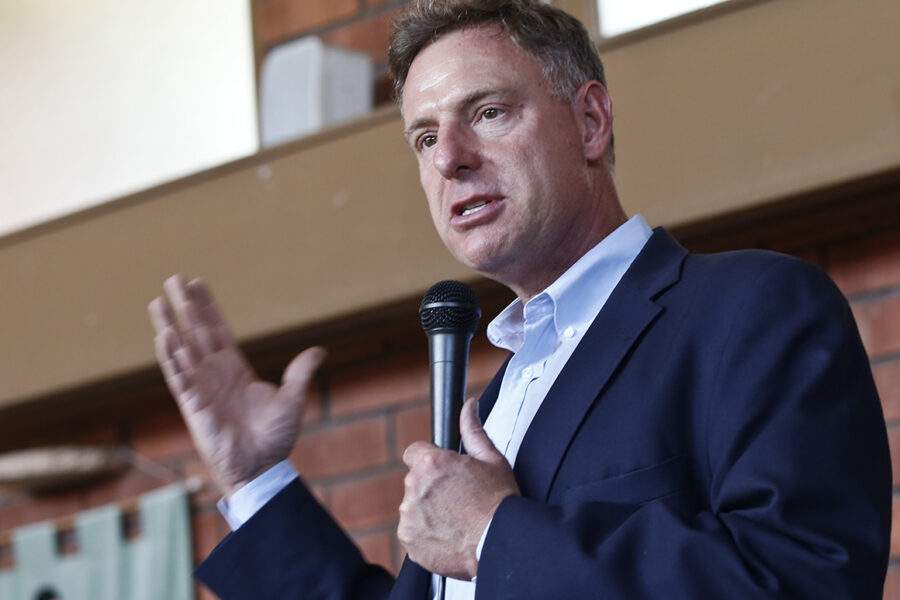 An intraparty fight over drug price controls is threatening to derail Democrats’ dreams of sweeping changes to Medicare, Medicaid and the Affordable Care Act as part of their mammoth social spending package.

House Energy and Commerce Chair Frank Pallone (D-N.J.) and his senior aides are racing to shore up support for leadership-backed language that would allow direct government negotiations over the prices of hundreds of drugs, penalize manufacturers that raise prices faster than inflation and apply both policies to private insurance plans as well as Medicare.

Efforts to wrap the language into the House Democrats’ party-line social spending bill ran into opposition Tuesday from a cadre of moderates led by Rep. Scott Peters (D-Calif.), who put forward a narrower set of pricing policies and threatened to withhold their support unless they’re adopted. The centrist group, which also includes Reps. Kathleen Rice (D-N.Y.) and Kurt Schrader (D-Ore.), would only allow negotiation for a small subset of drugs in Medicare Part B that have no competition.

“I support many of the proposals being considered this week, but I do not support advancing policies that are not fiscally responsible and jeopardize the bill’s final passage,” Rice said.

The standoff came as the Energy and Commerce panel marked up its portion of the giant package set for passage using the filibuster-proof budget reconciliation process. And the clash’s result could determine if Democrats can spend as much as $700 billion in projected savings over a decade on other health policy priorities, like adding dental, vision and hearing benefits to Medicare, making enhanced Affordable Care Act subsidies permanent and offering Medicaid coverage to 2 million people in red states that have refused to expand the program.

But the Peters-led plan is a non-starter for progressives, who argue that it lets the drug industry off easy and would generate far less savings to apply to other health priorities.

As Speaker Nancy Pelosi’s members tussle, the uncertainty over drug pricing complicates her team’s timeline for moving the social spending package through the House this month. Individual committees are supposed to report their portions to the House Budget Committee by Wednesday so the panel can begin assembling the legislation for floor action later this month.

Should Peters, Rice and Schrader join all the panel’s Republicans in voting against the drug pricing section of the bill, preventing it from advancing out of committee, it would mark an embarrassment for leadership, after Democrats from President Joe Biden to Senate Budget Chair Bernie Sanders (I-Vt.) spent months vowing to lower out-of-pocket health spending for tens of millions, if not hundreds of millions, of people. Democrats noted, however, that if all else fails they could add the provisions back later in the process, when the committee’s whole package goes before the Budget Committee.

An Energy and Commerce Committee spokesperson said that efforts on the bill are “ongoing” and Pallone “continues to work to favorably report out all of the Committee’s reconciliation legislative recommendations.”

Still, many Democrats are worried.

Schrader has already signaled that he’s likely to vote against the committee’s bill. Democrats are still trying to win over Peters and Rice, who have privately threatened to oppose just the drug pricing portion of the legislation.

“It’s not looking good,” an aide to one Democrat on the committee told POLITICO, predicting that the whole drug pricing section of the bill won’t be able to advance. “As it stands with votes, it looks like the window on this is closing.”

The centrists’ revolt also sparked a panic with progressive advocacy groups like the Center for Popular Democracy, who on Tuesday blasted out alerts urging their members to call members of Congress and press them to vote for the more aggressive drug pricing bill.

The dispute over how aggressive the government should be in bargaining down drug prices will likely decide other ongoing Democratic fights over how to divvy up funding between Medicare, Medicaid and Obamacare. That’s because the drug price savings effectively lay out just how much spare spending lawmakers will have to work with.

“There’s an independent reason to succeed on drug price negotiations, and that is that we’re often paying three times what everyone else in the world is paying for drugs,” said Rep. Peter Welch (D-Vt.), who sits on the committee and is among those leading the push for Medicare negotiation. “But only if we succeed can we have a debate about how to use those savings.”

With pressure on Democrats to raise enough revenue to fund major expansions of other health programs, the bill will save an estimated $700 billion over ten years, compared to the $492 billion saved by the previous version, according to the Joint Committee on Taxation.

The moderate dissenters argue that the leadership-backed drug pricing language is going nowhere in the Senate — and that Democrats shouldn’t be subjected to what could be a tough political vote for no reason.

Meanwhile, Senate moderates are trying to slash the size of the overall bill. The full Democratic caucus took a “temperature check” on the issue at its weekly lunch on Tuesday but did not reach a final consensus, an aide said in an interview, addressing the question on condition of anonymity. Sen. Ron Wyden (D-Ore.), who is leading the drug pricing effort in the upper chamber, told reporters he is still looking at “various approaches” that include direct government negotiation “while being sensitive to innovation.”

One sticking point is that the House leadership drug pricing plan would peg drug prices negotiated in the U.S. to what’s paid in countries that use a metric called Quality-Adjusted Life Years to determine a drug’s value. This measure of health outcomes and quality of life has been criticized for discriminating against people with disabilities.

Many House Democrats have said they don’t want to take tough votes on anything that won’t be able to pass the Senate. Yet getting rid of the international benchmarking alone would threaten the overall effort, a source close to the Energy and Commerce Committee explained, because hundreds of billions in savings come from just that one provision.

Besides their own internal divisions, Democrats will have to overcome stiff opposition from powerful health industry lobbies in order to get a bill across the finish line. Key groups have spent years arguing over how many drugs should be subject to government bargaining rules, what benchmark the prices will be pegged to, and whether the lower prices will apply to employer plans and other private insurance, and are currently pouring resources into ads and lobbying aimed at blocking the bill’s passage.

Welch and others pushing for a sweeping negotiation bill attribute the moderates’ revolt to the industry’s lobbying blitz and powerful influence in Washington, while outside advocacy groups accused Peters, Schrader and others opposed to the legislation of “doing the backroom bidding of Big Pharma” after receiving big donations from drug companies.

“There is angst,” Welch said of Democrats’ current drug pricing fight. “But the angst is from the pharmaceutical industry that we’re actually going to lower the cost of prescription drugs, and that gets translated into arguments that are propped up to stop us from proceeding.”

Until the party can find common ground on a drug bill that satisfies both moderates’ and progressives’ concerns, all of the party’s other health policy fights remain up in the air.

“The general dynamic is that things are still fluid,” a senior Democratic aide said in an interview. “It depends how much money can be raised.”