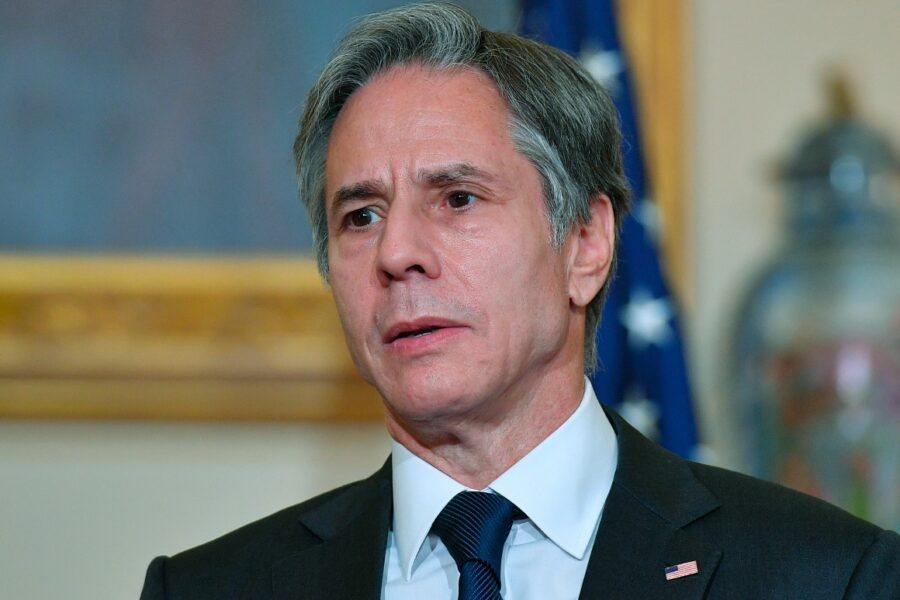 President Joe Biden has repeatedly promised to prioritize human rights, saying the cause “must be the center of our foreign policy, not the periphery.”

His top aides have echoed such pledges, with Secretary of State Antony Blinken saying that the Biden administration “will stand against human rights abuses wherever they occur, regardless of whether the perpetrators are adversaries or partners.”

But when it comes to some of the thorniest human rights cases, Biden and his aides have taken middle-of-the-road positions that have upset even some of their staunchest backers.

From Myanmar to Saudi Arabia, Biden and his aides have repeatedly pulled their punches against some of the world’s worst abusers, doling out some penalties but holding off on more powerful punishments for reasons that include protecting U.S. national security interests.

The latest example is Egypt, where, under dictator Abdel Fattah El-Sisi, enforced disappearances, extrajudicial killings, torture and the imprisonment of political activists are common.

Instead of withholding $300 million in military aid to Cairo that was legally conditioned on human rights, the administration is splitting the difference: holding back $130 million until Egypt meets certain rights benchmarks, but handing over $170 million, with restrictions on its use.

U.S. officials argue that these are among the toughest moves any American administration has made toward Cairo. They note that, for the first time, the secretary of State will not issue a waiver for Egypt that would have overruled human rights concerns linked to the funds, an important signal. The overall decision, they say, puts pressure on Sisi without rupturing a relationship important to many U.S. interests in the Middle East.

“It is about more than shared interests,” a senior State official said. “It is about maintaining a relationship so that we are able to continue to guide Cairo to a better place when it comes to the values that we care about.”

Nineteen NGOs, though, did not see it that way, calling the decision a “betrayal” of Biden’s human rights commitments. Their frustrations were echoed by Sen. Chris Murphy (D-Conn.), a lawmaker who often defends Biden.

“This was a chance to send a strong message about America’s commitment to human rights and democracy, with little cost to our security, and we fell short,” Murphy said in a blistering written statement.

Biden is merely the latest president to make promises on human rights that he does not fully keep once in office, foreign affairs veterans note. Once in power, presidents often decide that U.S. interests leave them little choice but to deal and partner with abusive governments.

“This administration is not the first to find it far easier to write human rights into the party platform at the convention than to develop — once in power — the foreign policies that prioritize it in practice,” said John Gans, a former Pentagon official and author of “White House Warriors.” “The administration likely believes that a long game approach to human rights will result in wins over several years.”

What frustrates rights activists is that Biden’s presidency follows that of Donald Trump, who made little pretense of caring about human rights and went out of his way to curry favor with autocrats like the ones in Cairo and Riyadh. Biden repeatedly trashed Trump’s rights record during the 2020 presidential campaign.

But instead of setting a higher, purer standard, Biden essentially has reverted to the pre-Trump status quo, activists say. Once again, they say, the United States comes across as a hypocrite for talking big about human rights while seeming to assuage some of its worst abusers.

“Biden has created expectations that so far he has utterly failed to meet,” said Amy Hawthorne, an Egypt expert with the Project on Middle East Democracy.

While it’s true that Biden, a former senator and vice president, has often spoken in lofty tones on human rights, he’s also said the United States can do only so much.

On some topics, he’s taken an especially realist view.

Biden recently achieved a long-standing goal of withdrawing U.S. troops from Afghanistan, which has now fallen under the control of the Taliban militant group. When pressed during the 2020 campaign on whether he would bear responsibility for what happens to women and girls under the Taliban’s misogynistic rule, Biden said he bore “zero responsibility.”

“The idea of us going to be able to use our armed forces to solve every single internal problem that exists throughout the world is not within our capacity,” he told CBS News. “The question is, is America’s vital self-interest at stake or the vital self-interest of one of our allies at stake?”

Biden aides also insist that they’ve been more out front on human rights around the world than activists credit them for, and that even if they’ve appeared to be compromising, it’s often because there’s a bigger picture that they are taking into account.

The Biden administration has since imposed many sanctions on the junta, but it has held off on penalizing the country’s important gas sector.

Proponents of energy sanctions, which include some members of Congress, say they are a key way to sap revenue from the junta, whose rule has sparked tremendous unrest. But within the State Department, one concern is that imposing such sanctions will further damage Myanmar’s already broken economy and hurt ordinary people.

The Biden administration also has upset many U.S. lawmakers and rights activists by refusing to call the 2017 mass killings of Rohingya Muslims in Myanmar a “genocide,” sticking with the term “ethnic cleansing” instead.

Advocates of using the term “genocide” say it will boost the Rohingya’s legal claims as they seek justice in international courts, as well as recognize a reality. But within the Biden team, there’s concern that using that word will make it even harder to deal with the junta and stir up ethnic resentments.

The chair of the House Foreign Affairs Committee, Rep. Gregory Meeks (D-N.Y.), and his counterpart on the Senate Foreign Relations Committee, Sen. Bob Menendez (D-N.J.), recently told the Biden administration that a “genocide determination can no longer wait.”

“Our failure to recognize these attacks for what they are and to demand accountability fueled the military’s sense of impunity and emboldened its decision to pursue a coup earlier this year, and has enabled others in the international community to likewise turn a blind eye to the military’s abuses,” they said in a joint statement.

Biden aides also have insisted they took a hard line toward Saudi Arabia early on by declassifying information and imposing travel bans on dozens of Saudis over the killing of journalist Jamal Khashoggi. The moves were unusually aggressive given the close Saudi-U.S. relationship, they said.

But Biden wouldn’t go so far as to sanction the man the U.S. intelligence community believes was behind the killing: the powerful Saudi crown prince, Mohammed bin Salman. The failure to target the crown prince, the country’s de facto leader, infuriated activists and many lawmakers who said he was the one who really mattered.

The gap between Biden’s rhetoric and his actions can be jarring.

During the campaign, Biden called Saudi Arabia a “pariah” and said its government had “very little social redeeming value.” But once in office he calculated that targeting the crown prince would have so badly damaged the relationship with Riyadh that it could have hurt other U.S. objectives. That included U.S. efforts to help people suffering in places like Yemen, where the Saudis have been fighting Iran-backed rebels.

“We are acting in ways that we feel help us to achieve our goals as effectively as possible,” the senior State Department official told POLITICO. “There may be steps that would be heralded, that may receive great acclaim, but that in our estimation wouldn’t help us achieve our objective.”

Administration officials point to an array of actions they have taken, from imposing a slew of visa bans on human rights abusers to proposing measures to help strengthen democracy, in arguing they are trying to set a new standard in the post-Trump era.

They also bristle when it’s suggested that Biden isn’t willing to take risks on the human rights front. They point out, for instance, that he was the first president to unequivocally declare that Armenians were the victims of a genocide in the early 20th century, a recognition that angered U.S. ally Turkey.

About that ‘blank check’ …

During the 2020 race, Biden pledged that there would be “no more blank checks” for Egypt’s Sisi, whom Trump had called his “favorite dictator.” Activists hoped Biden would hold back all $300 million of the annual $1.3 billion U.S. military aid package to Egypt that Congress has conditioned on human rights.

But Biden aides felt they could not make too dramatic a move because the relationship with Egypt was too important. Cairo cooperates on counter-terrorism and has kept peace with Israel, even brokering a recent ceasefire between Israel and Palestinian militants in the Gaza Strip. Egypt also plays a role in providing humanitarian aid to Gaza.

U.S. officials stress that, in releasing some of the money but putting conditions on all of it, they are being harder on Egypt than many other past administrations while also being realistic.

A senior administration official noted that Egypt has released some imprisoned high-profile activists over the past year. “Human rights issues are being brought up with the Egyptians on a regular and high-level basis and our expectation is that continued progress needs to be made,” the official said.

Human rights activists are not convinced.

They argue that the administration’s approach undermines Congress’ intent in conditioning that $300 million. Some even say that it’s not that strong a move when compared to a hold placed on Egypt military funds by Trump’s first secretary of State, Rex Tillerson.

“By paving the way to provide the full $300 million, the administration gives license to the Egyptian government to continue perpetrating egregious human rights violations without fear of repercussions,” the 19 NGOs wrote in the Tuesday statement.

At least one upcoming decision expected later this year will further test the Biden administration’s commitment to human rights versus its desire to keep good ties with certain countries.

The U.S. Commission on International Religious Freedom has recommended that the administration — specifically Blinken — declare that India is a “country of particular concern” when it comes to religious freedom. That’s in part due to the Indian government’s moves to limit the rights of Muslims.

But the Biden administration sees India as a critical partner in the U.S. rivalry with a rising China. In fact, Indian Prime Minister Narendra Modi is due to visit with the White House next week in a summit of the Quad, a group of countries (India, Japan, Australia and the United States) geopolitical observers say is shaping up to be an anti-Beijing bloc. 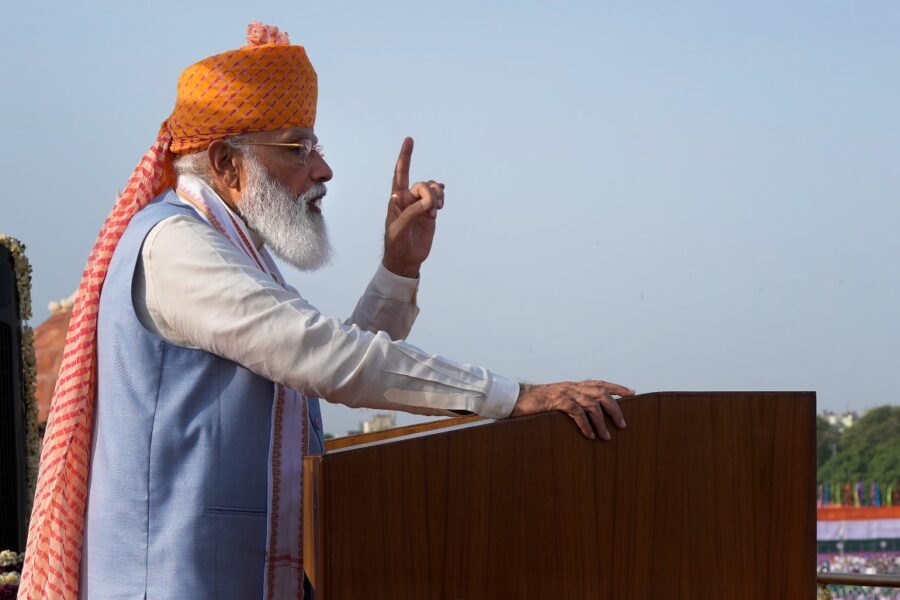 U.S. officials declined to say what Blinken plans to do when it comes to the India and the religious freedom issue. They stressed, however, that private pressure on foreign leaders is sometimes more effective than public shaming when it comes to promoting human rights.

“Public admonishment is the appropriate tack under certain circumstances, but in other circumstances the private approach is what’s really going to do the most good,” the senior administration official said.