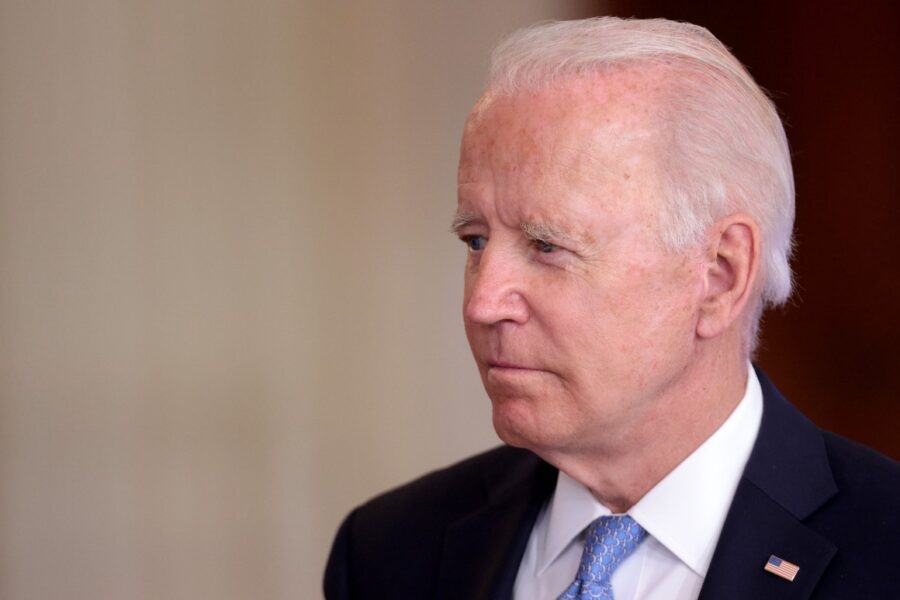 The next few months will push President Joe Biden to wield every drop of his influence over Congress.

Democrats are plunging into messy internal debates over social programs from child care to drug pricing as they try to beat back GOP resistance on voting rights while steering the United States away from economic catastrophe. And in order to avert a government shutdown, avoid a debt default and fight ballot access restrictions passed in some GOP states, Democratic lawmakers are urging Biden to get more directly involved.

Senate Majority Whip Dick Durbin said that Biden, “more than anyone,” maintains sway over his caucus’s 50 members: “There is no comparable political force to a president, and specifically Joe Biden at this moment.”

Biden appears to be answering the call. The president is getting increasingly involved in Congress’ chaotic fall session as he battles sagging approval ratings, heightened concerns around the pandemic and some internal criticism over his withdrawal from Afghanistan. On Thursday, he’ll speak to Senate Majority Leader Chuck Schumer and Speaker Nancy Pelosi ahead of a critical week for funding the government and lifting the debt ceiling.

Rebounding as the midterms draw nearer will depend on whether his big social spending ambitions are realized and if his party can dodge a government shutdown and credit default. But even if he has success on those fronts, he still needs to maintain momentum on Democrats’ elections legislation, which Republicans look certain to torpedo.

“I have full faith and confidence in Joe Biden in all of this,” said House Majority Whip Jim Clyburn, who’s pressed Biden to endorse a filibuster carve out for voting rights legislation. “He is working this … and that’s how it should be.”

Biden met with two key Democratic holdouts on his domestic spending agenda on Wednesday, part of a sustained push to keep Sens. Joe Manchin (D-W.Va.) and Kyrsten Sinema (D-Ariz.) on board with his legislative program. Biden’s met with Sinema four times this year, in addition to telephone calls made between the two, and has spoken to Manchin a similar number of times.

“Now is the time” for Biden to jump full-force into the reconciliation conversation, said Sen. Tim Kaine (D-Va.). And the White House made clear that Biden is diving into the series of tricky issues.

Andrew Bates, a spokesperson for Biden, said that Biden and his administration “are in frequent touch with Congress about each key priority: protecting the sacred right to vote, ensuring our economy delivers for the middle class and not just those at the top, and preventing needless damage to the recovery from the second-worst economic downturn in American history.”

To help corral all 50 Senate Democrats for the social spending bill, the president and his party need to create an “echo chamber” around its substance, said Celinda Lake, a pollster on Biden’s campaign. But that won’t be easy. Manchin has told colleagues he’s worried about whether the bill’s safety net, climate action and tax reforms will be popular in his state, according to one Senate Democrat. He’s also said he won’t support a measure at the current spending level: $3.5 trillion.

If Biden can hammer home the popular aspects of the spending plan, it may help assuage Manchin and improve his whip count in Congress. Underscoring the degree to which he’s become the face of the multi-trillion dollar reconciliation bill, a Democratic aide said the party is increasingly seeking to frame it as Biden’s agenda, not that of Sen. Bernie Sanders (I-Vt.) or any single Democrat.

“People think they like the reconciliation package, but they really don’t know what’s in it,” said Lake, who added that her polling shows popularity for the measure, particularly among women and seniors.

The coming months will also challenge Biden’s relationship with Republicans, who are threatening to block a debt limit hike after many of them supported a suspension or increase three times under former President Donald Trump. Biden campaigned as a Democrat who could work with Republicans, and he succeeded this summer by rounding up 19 Senate GOP votes for a $550 billion infrastructure bill.

Yet he’s running into a brick wall in convincing Senate Minority Leader Mitch McConnell to provide at least 10 GOP votes to lift the nation’s borrowing limit. Republicans say Biden’s dip in the polls isn’t driving their strategy on the debt ceiling. But it’s not helping either.

“I don’t think anything in the last month has increased the likelihood that he can now create an atmosphere of: Let’s work together,” said Sen. Roy Blunt (R-Mo.), who voted for the infrastructure bill and debt ceiling increases under Trump.

The White House is, so far, sticking by its plan to try and call McConnell’s bluff. Aides in the West Wing consider attaching a debt ceiling suspension or increase to a government funding measure the best way to pressure Republicans on the routine step required by law. Should that approach fail, they may be forced to separate the two fiscal measures to avert a shutdown.

On the debt limit, congressional Democrats are in lockstep with the administration’s strategy. But they’re looking for Biden to exhibit more of his arm-twisting and back-slapping skills on their social spending plan and their bid to shore up voting rights protections.

Biden “knows better than anyone the power of the United States [presidency] in persuading and sometimes cajoling the key members of Congress, when push comes to shove,” said Sen. Richard Blumenthal (D-Conn.).

Though Biden has publicly warned of the existential threats to democracy posed by Republican-led state legislatures passing restrictive voting laws, Democrats are increasingly alarmed about the party’s inability to pass their election reform bills. Republicans are expected to block the party’s latest compromise with Manchin, who has shown zero interest in changing the Senate rules so that it would only require 50 votes to pass a bill to expand early voting and crack down on gerrymandering. 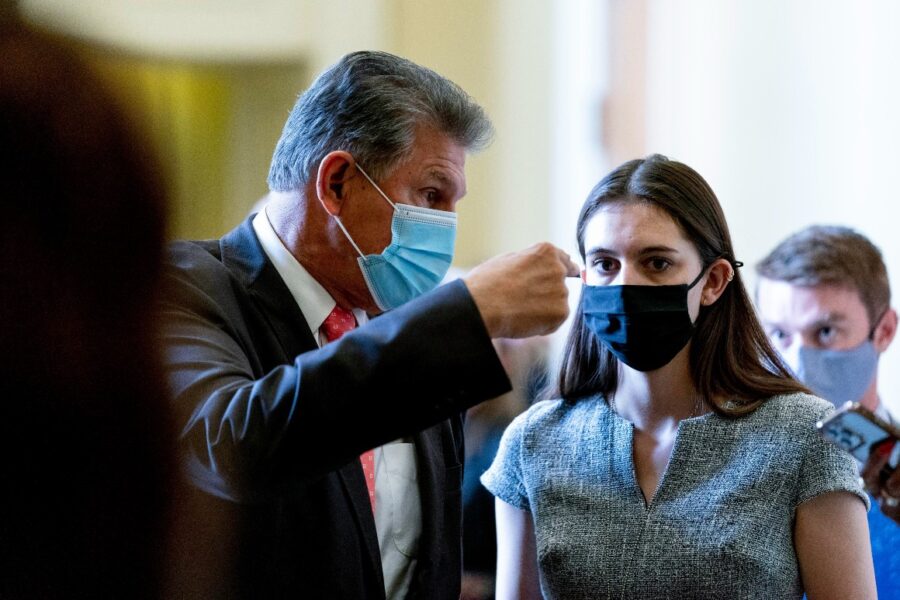 “I don’t believe any Democrats want to go down in history as being an obstructionist to maybe the most critical legislation for the voting rights of minorities, since 1965,” said Rep. Emanuel Cleaver (D-Mo.), who said the only pathway he sees is through a filibuster carve out. “There is no piece of legislation that is superior to this legislation.”

The stakes aren’t just legislative, but political. States are already charting out House redistricting maps for next year’s elections, increasing the urgency for Democrats to pass elections legislation.

And some Democrats argue that if Biden doesn’t lead the party in showing their base that they’re taking every step to protect ballot access, 2022 will be catastrophic for them.

“How energized would you be to support someone who isn’t protecting something that you think is quintessential to your power and your citizenship?” said Cornell Belcher, a veteran Democratic pollster who worked for former President Barack Obama.

Still, several Senate Democrats warned that reconciliation and the impending fiscal deadlines are currently more urgent than the party’s long-running debate over the chamber’s rules. The time to hash out a last-ditch effort to make a change to the filibuster rules is several weeks from now, they argue.

“I have no doubt there will be a time for his involvement in the future,” said Senate Rules Chair Amy Klobuchar (D-Minn.). “But right now, it’s on us to talk to Republicans.”