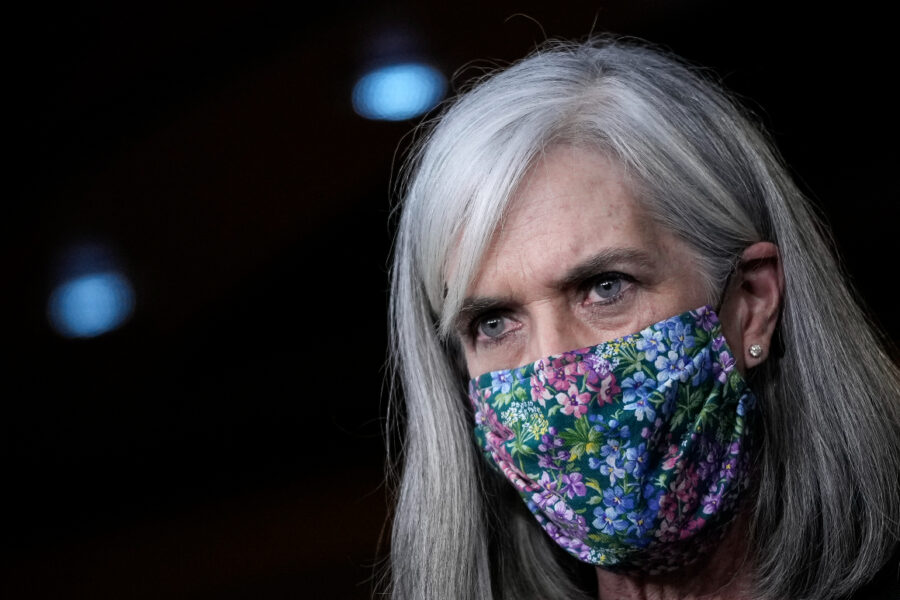 Working women, whose child care duties vastly expanded during the pandemic, are bracing for a new hit to their incomes and careers as the resurgent coronavirus jeopardizes plans to keep kids in school full time.

After 18 months of shutdowns, online learning and canceled summer camps, the return to classrooms was supposed to be a turning point for women, whose participation in the labor force plunged to its lowest level in more than three decades during the pandemic. But as Covid-19 cases rose in the summer, more than 40,000 women dropped out of the labor force between July and August, even as Americans flocked back to work, government data shows. Men returned to the job over that period at more than three times that rate.

That’s lent new ammunition to the Biden administration and Democratic lawmakers in their push to spend hundreds of billions of dollars to overhaul the nation’s child care industry to make it more accessible and affordable, arguing that doing so is the only way to get families back on track. They worry about a repeat of last September, when more than five times as many women as men fell out of the workforce.

“I don’t see a way that we can truly have people returning to work, especially women, in the numbers that we need if we are not providing for child care,” Rep. Katherine Clark (D-Mass.), a member of the House Democratic leadership, said in an interview. The latest jobs numbers, she said, “are a red flashing light that now is the time to invest in women in our workforce.”

Republicans say the price tag — $450 billion — is way too steep and accuse the Democrats of trying to destroy a viable, privately run business in favor of a government-controlled system. Even some Democrats complain that the legislation, which is part of the $3.5 trillion package that Democrats are trying to steer through Congress, would give benefits to higher-income families who don’t need it.

In the short term, the main area of concern is the coronavirus itself and how to tackle it so parents feel comfortable sending their older kids to school and leaving younger ones at day care. That fear of kids catching the virus, paired with the persistent uncertainty over whether schools might have to shut their doors if students or faculty need to quarantine, is enough to keep some parents out of the workforce regardless of whether the schools ever close down, economists say.

“Schools are our Achilles’ heel,” said Diane Swonk, chief economist at Grant Thornton. As for women’s workforce participation, she added: “We really can’t resolve it until we know kids can safely be back in school consistently.”

Coronavirus cases have been spreading in schools across the U.S. since July, when the first students returned in person. As of Sept. 13, nearly 1,700 schools across 386 districts in 38 states had shut down in-person instruction, according to the data service Burbio, which is tracking 1,200 school districts nationwide, including the largest 200. The company found that schools move to virtual instruction more than half the time, while nearly four in 10 closures led to no instruction at all.

The biggest worry is for women with young children, who have had the hardest time staying attached to the workforce throughout the pandemic, research shows. Women with kids under age 6 made up 10 percent of the workforce in February 2020 but accounted for nearly one-fourth of the unanticipated employment loss, according to new research from Melinda Pitts, a research center director with the Federal Reserve Bank of Atlanta.

The longer-term focus for Democratic lawmakers and the Biden administration is on how to shore up the child care industry more broadly and help it recover from the pandemic. Overall employment in the field nationwide has shrunk by more than 12 percent since February 2020, leaving nearly 127,000 workers out of a job, Labor Department data shows. The sector — where 95 percent of all workers are women — has shed more jobs each of the past two months, including 5,900 in August.

Investments in the industry would have cascading benefits, supporters say, by helping parents get back to work and increasing economic activity now while setting children up to stay in school longer and earn more in their jobs as adults.

The focus of President Joe Biden’s proposed $450 billion in investments is two-fold: funds for child care providers to help them cover costs and improve workers’ pay, as well as money for families, in part to ensure that no one pays more than 7 percent of their income on care for kids under age 5. 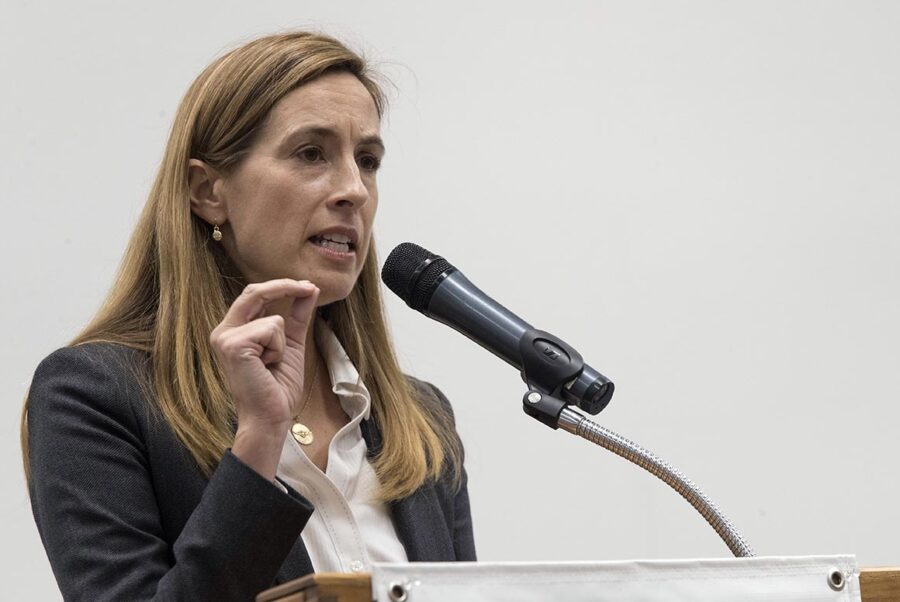 “It’s so critically important we get schools reopened, but it’s also critically important that we handle this child care issue,” Rep. Mikie Sherrill (D-N.J.) said. Sherrill led a successful push to amend the House version of the budget package during committee markup so the 7 percent cap on costs is applied for all families, not just those making less than 150 percent of their state’s median income, as Biden had initially proposed.

“Congress needs to understand that moms losing ground, that’s the American middle class losing ground,” Sherrill said. “So while this is a pro-women and a pro-child policy, because we want quality child care, this is also, importantly, a pro-growth policy for our economy.”

Republican lawmakers have pushed back, arguing that the plans are overly generous and would limit parents’ choice in their children’s care while asserting a role for government in an area that they feel the private sector should continue to run.

Rep. Virginia Foxx (R-N.C.), the top Republican on the House Education and Labor Committee, which has been discussing the child care aspects of the bill, said at a hearing that lawmakers should be “focused on ensuring hard working taxpayers can find the best care for their children rather than blindly throwing money at the problem and calling it a solution.” 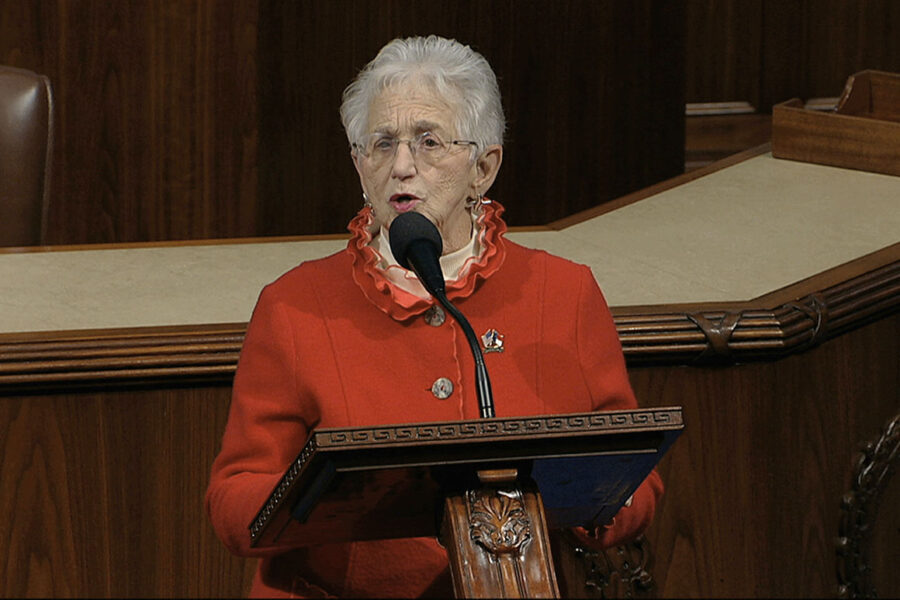 And the push to lift the income limits on which families can qualify for the 7 percent cap, though it won support from a broad coalition of Democrats, garnered some criticism from within the party — including from Rep. Bobby Scott (D-Va.), who chairs the committee. Scott said he reluctantly accepted the amendment only because “without it, the members of the committee are threatening to jeopardize the entire bill.”

A large majority of voters support the proposals. Two in three registered voters, or 66 percent, said they somewhat or strongly support federal funding for affordable child care being included in the Biden spending package, according to a POLITICO/Morning Consult poll from late last month. That includes 87 percent of Democrats and 44 percent of Republicans.

The Biden administration on Wednesday released a report outlining what it sees as the economic case for expansive federal investments in child care, arguing that the current system leads to “chronic underinvestment” in kids and hampers working parents’ abilities to contribute fully to the economy.

The report highlights how the U.S. lags its peer countries in women’s labor force participation and cites a study finding that a dollar invested in pre-school — which Biden is seeking to make free and universal — pays itself off more than nine times over in terms of the benefits it brings to society.

“For so many working people, and for women in particular, child care is a prerequisite for being able to work,” Vice President Kamala Harris said at an event at the Treasury Department unveiling the report. “If we intend to fully recover from the pandemic, if we intend to fully compete on a global scale, we must ensure the full participation of women in the workforce.”