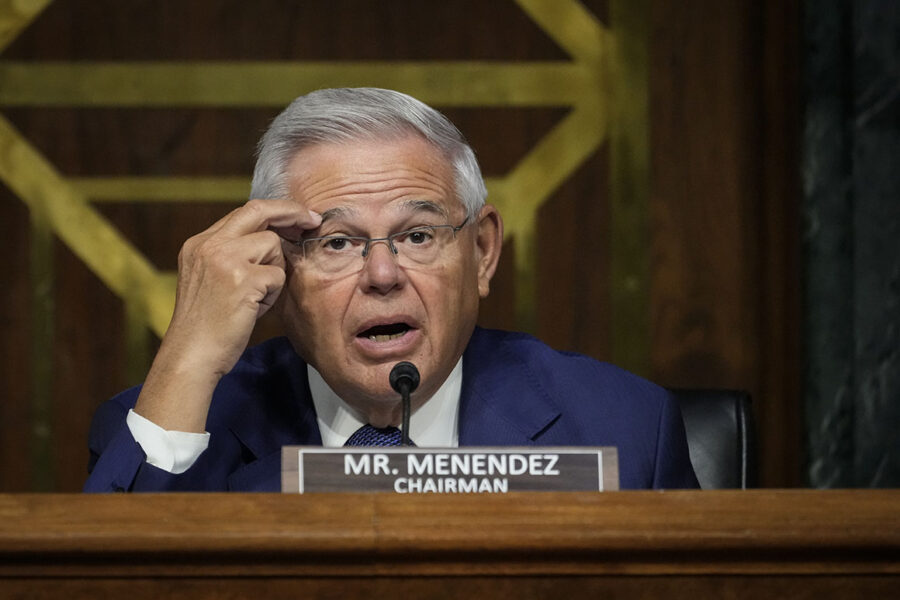 Democrats are vowing to try again for party-line immigration reform after the Senate’s rules referee delivered a decisive blow to their efforts. Yet their Plan B could face a similar fate.

Among the backup plans Democrats are weighing is a big immigration reform swing through a narrow change to existing law, rather than the major new provisions that got nixed on Sunday night. But they’re palpably frustrated by the Senate parliamentarian’s rejection of their push to provide an estimated eight million undocumented immigrants with green cards — a veto broader than many of them expected.

One step that members of President Joe Biden’s party aren’t considering yet is heeding immigration activists’ calls to sidestep the parliamentarian’s ruling, or to replace her altogether. Instead Democrats say they’re focused on getting to yes.

“While I understand the passion and I understand the sentiment behind it, I think it’s not necessarily constructive at this point,” Sen. Bob Menendez (D-N.J.) told reporters Monday. He reiterated that Democrats will present alternatives with the hope of achieving a ”positive result.”

Members of the Congressional Hispanic Caucus were similarly quick to pivot to next steps when they returned to Washington on Monday, less than 24 hours after the Senate referee’s verdict. While they offered few details about how they’d tweak their strategy, those Democrats insisted they could find a way to steer immigration past the Senate’s byzantine rules.

Privately, though, Democrats acknowledge that the parliamentarian has likely closed their path to expanding legal status without GOP votes in their $3.5 trillion social spending plan.

The parliamentarian’s ruling is the latest thorn in Democrats’ sides as they seek to push top progressive priorities into law through the so-called budget reconciliation process, which allows them to sidestep a Senate GOP filibuster. Many in Biden’s party viewed the reconciliation package as their best chance to deliver on their promise to enact immigration reform this Congress, after years of stalled bipartisan talks.

Senate Majority Whip Dick Durbin (D-Ill.) said Monday that Democrats “have a Plan B, C and D” and that they’d be meeting with the parliamentarian again soon. Asked whether he’d support trying to overrule her if Democrats’ back-up plans are rejected, Durbin replied: “I don’t think that’s realistic.”

One alternate policy that Democrats and advocates are floating is narrowing their horizons on immigration by making a simple change to a decades-old “registry” law, according to multiple people familiar with the discussions. That law allows immigrants to apply for a green card if they arrived in the U.S. before a certain year, and that date was last altered in 1986 to let undocumented immigrants who came to the U.S. before 1972 apply for legal status.

Some Democrats say simply updating that law with a more recent year, greatly increasing the number of immigrants eligible to apply for legal status, could pass muster with the Senate parliamentarian.

“The registry is one possibility,” said Rep. Lucille Roybal-Allard (D-Calif.), noting that the law hasn’t been updated since the Reagan era. “We’re looking at all different alternatives. We’re not giving up.”

Menendez confimed his interest in that approach: “We’re not changing the law which was the essence of her arguments that I read in her opinion,” he said. “We are just updating a date.”

Including some kind of immigration reform in the party’s social spending package is a major priority for both the Congressional Hispanic Caucus and the far bigger Congressional Progressive Caucus. That roughly 100-member bloc in the House has outlined immigration as one of five priorities that must be in their package to win support on the left.

In the House, at least two Latino Democrats have vowed to oppose the entire package if immigration reform isn’t included. Still, other lawmakers and aides speculated that those Democrats would be forced to soften their threat if the parliamentarian fully rejects the strategy.

One of those Democrats, Rep. Chuy Garcia, reiterated Monday that “immigration reform needs to be a part of reconciliation.”

The Illinois Democrat also suggested that there could be another option — overruling the parliamentarian, something that Senate Democrats have little appetite for.

“We’d like to exhaust all the avenues before we get to something like that. But we should remember her role is to interpret rules. In the past, the body has overridden the parliamentarian’s recommendations,” Garcia said.

Democrats had argued to the parliamentarian that the budgetary effect of providing permanent legal status to Dreamers, farmworkers, essential workers during the pandemic and those with Temporary Protected Status would be significant enough to include in reconciliation because more people would become eligible for federal benefits. But the parliamentarian concluded that their proposal is “a broad, new immigration policy,” ushering in a societal change that “substantially outweighs the budgetary impact.”

The parliamentarian’s Sunday decision is also likely to renew calls from the left for the Senate to scrap the legislative filibuster, which Senate Democrats don’t currently have the votes to do.

“We anticipated that this would be very difficult,” said Rep. Veronica Escobar (D-Texas).

Asked if there would be calls within the Hispanic Caucus to override the Senate rule official, Escobar said that “we’re not there yet.”

Senate Republicans, meanwhile, praised the parliamentarian. Sen. Thom Tillis (R-N.C.), who is part of a bipartisan working group focused on immigration reform, said Sunday’s decision “dismisses the notion that either party could go it alone” and could motivate Republicans and Democrats to return to the negotiating table on the topic.

The bipartisan working group has met several times, including earlier this summer, but there’s so far little evidence of progress. Senate Republicans have said that they don’t want to address a pathway to citizenship without changes to Biden’s border policy.

When asked whether bipartisan immigration reform was possible this Congress, Tillis offered a wry dose of reality.