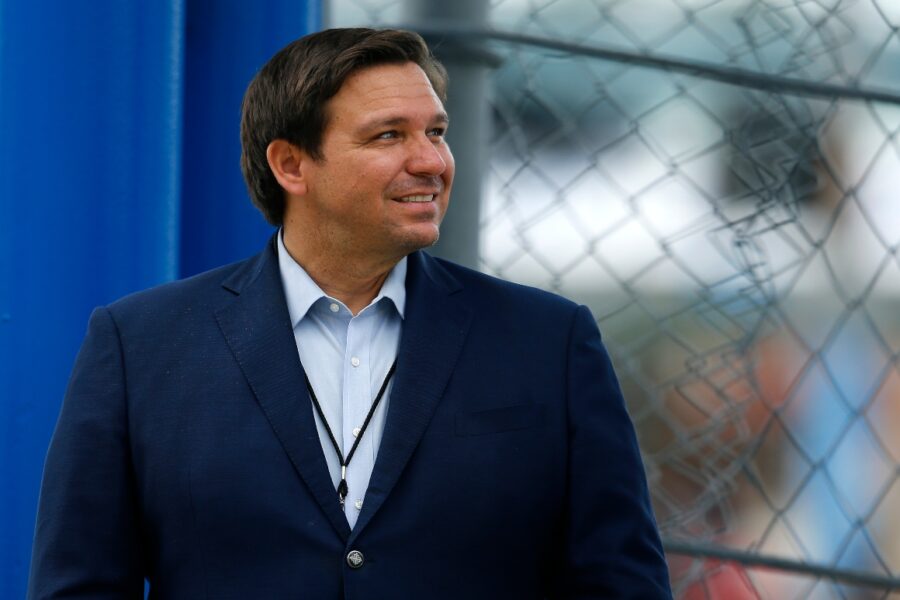 Florida’s coronavirus caseloads are dropping fast. And Gov. Ron DeSantis is again rising above other possible 2024 GOP presidential candidates in a new poll.

In a theoretical primary without Donald Trump on the ballot, DeSantis leads former Vice President Mike Pence by 22-15 percent, with all other possible contenders relegated to the single digits, the new national survey of Republicans by Echelon Insights, a GOP polling firm.

DeSantis’s 7 percentage-point lead over Pence has grown from 2 in Echelon’s last poll in August, which was conducted at the height of the coronavirus Delta wave swamping Florida, killing and sickening tens of thousands as the governor fought mask requirements for schools, a federal vaccination mandate and vaccine passports. In Echelon’s July poll, DeSantis led Pence by 15 points.

DeSantis’ fortunes have ebbed and flowed with the pandemic and the media attention that has come with it. In February, as vaccines were being distributed and after months of doom-and-gloom prophecies of catastrophe in Florida didn’t come to pass, DeSantis’s standing rose in the GOP as Republican voters compared him to the Democratic governors of New York and California and liked what they saw.

“By choosing a path that was in open defiance of lockdowns and mandates, it made him the anti-Cuomo, the anti-Newsom. So that’s sort of his foundation,” said Patrick Ruffini, Echelon Insights pollster.

“But there’s also kind of downside risk that cases might begin to spiral and voters in general are pretty worried about the virus,” Ruffini said. “So as long as things are going well, the strategy pays off, and if things start to go poorly, it doesn’t look as good. And there’s some attrition.”

With Democrats and independents giving him highly negative marks, DeSantis’ approval ratings fell by double digits in Florida as coronavirus caseloads peaked in mid-August. But the cases have rapidly started to decrease along with hospitalizations. Deaths are still at an all-time high, and the Delta wave killed so many people that the state went from having the nation’s 27th-highest death rate this winter to having the 10th-highest death rate today, according to Centers for Disease Control and Prevention data.

Amid the decline in infections, DeSantis this week nominated UCLA doctor Joseph Ladapo to be Florida’s next surgeon general. Ladapo, like DeSantis, objects to school closures and vaccine mandates.

Ruffini said the poll shows that a Trumpless primary is really “wide open,” but with Trump in the race, it wouldn’t be much of a contest. About six in 10 Republican voters said they favored Trump in a primary and 32 percent would want “another Republican.” In a different poll question, 30 percent said Trump should run again without opposition, 39 percent said he should run against other candidates and 22 percent said he shouldn’t run again. When asked whom they supported more — Trump or the GOP — 41 percent chose the former president and 48 percent said the GOP.

In the theoretical Trumpless primary, Texas Sen. Ted Cruz is tied for third place at 9 percent with Donald Trump Jr. Former South Carolina Gov. Nikki Haley, who was Trump’s ambassador to the United Nations, is ranked fourth at 6 percent.

Despite all the conservative buzz about him and his national travel and profile, DeSantis has denied he’s eyeing a bid for the White House in 2024. He said he’s focusing on his 2022 reelection instead, although his campaign coffers have benefited significantly amid the speculation.

While Democrats, many independents and health officials have blanched at DeSantis’ defiance of mask mandates and his flirting with anti-vaxxers, Fabrizio said the governor’s policies and his posture fighting with President Joe Biden and the media are primary gold.