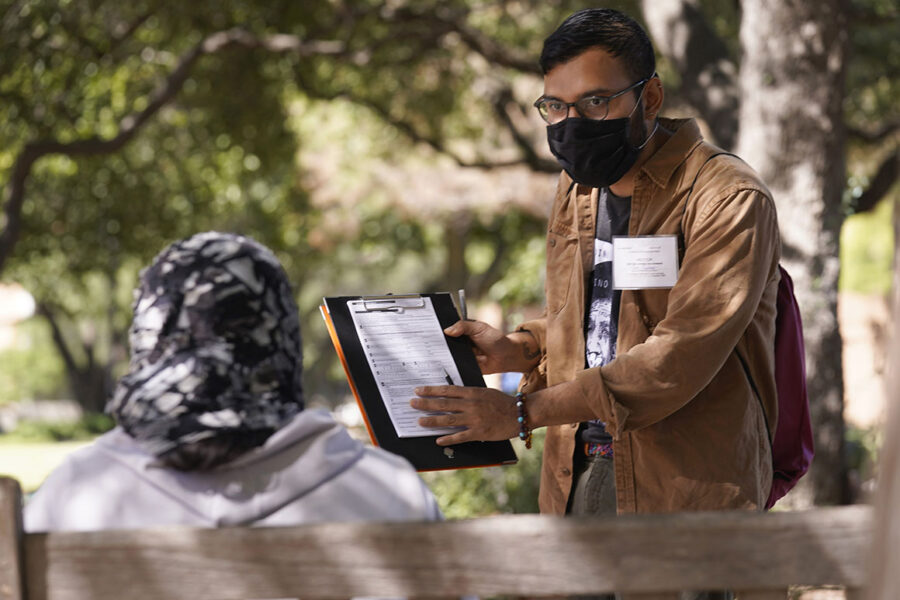 Texas Republicans’ new congressional map shores up some two dozen of their incumbents while capitalizing on the GOP’s newfound appeal among Latino voters by creating two new pickup opportunities in the Rio Grande Valley.

The end result of the map proposed on Monday: It will likely give Republicans control of at least 24 of the state’s 38 congressional seats next November, with a good shot at one or two more.

Yet while it blunts Democrats’ suburban momentum by shredding up the purple areas around the state’s major cities — one Democratic incumbent lambasted “lines shaped like snakes, tentacles, and dragons” — the map should give Democrats between 12 and 14 of the seats, roughly the same as their current share.

Republicans created three new deep-blue districts in Austin, Dallas and Houston, a realization that they are nearly maxed out of gains in a state where growth is driven almost exclusively by nonwhite residents who tend to favor Democrats.

The Rio Grande Valley, where Trump surged among Latino voters, is the exception to that trend. Democratic Rep. Vicente Gonzalez now holds the most competitive seat in the state, and fellow Democratic Rep. Henry Cuellar could be in trouble, as well. Democrats’ top target will be Rep. Tony Gonzales in West Texas, but the GOP bolstered his chances by making his district slightly more Republican.

Texas’ suburbs exploded over the past decade, turning longtime Republican bastions on the outskirts of major metro areas into hotly contested battlegrounds. GOP mapmakers solved the problem by packing Democratic voters away from the surrounding Republican-held seats in three major metro areas.

The new 37th District is anchored in Travis County and is one of the most Democratic under the new map. Now-President Joe Biden would have carried it by nearly 54 points. Rep. Lloyd Doggett (D-Texas) — who’s seen his district change drastically twice before — might choose to run here and abandon the new version of his current 35th District, which is a heavily Latino seat.

Democratic Reps. Lizzie Fletcher and Colin Allred, who both ousted GOP incumbents in 2018, get the other two new vote sinks — their swing seats are now safe Democratic territory.

Biden would have carried Fletcher’s new 7th District by 30 points, and it now includes some of Fort Bend County. Biden would have seen a 33-point margin in Allred’s new 32nd seat District, which is still largely in Dallas County but loses its terrier shape and now takes in a sliver of Denton County.

The biggest Texas redistricting surprise: Republicans’ restraint in carving up South Texas. Instead of creating one deep-red seat, they created one battleground in Vicente Gonzalez’s 15th District and one potentially competitive seat in Cuellar’s 28th District.

Gonzalez’s district transforms from a 2-point Biden district to a 3-point Trump district, losing some of his slice of the Democratic-leaning Hidalgo County. This is now the most competitive seat in Texas. Though it still includes his hometown in McAllen, Gonzalez could run in the open seat to the east, which was vacated by retiring Rep. Filemón Vela. Biden would have carried this seat by nearly 16 points.

Cuellar’s district becomes slightly more Democratic, favoring Biden by 7 points. He’s facing another primary challenge from Jessica Cisneros, who nearly ousted him in 2020. He loses some of Hidalgo County but gains more ground in the northern edge of his seat, near San Antonio.

The GOP seems intent on forgoing a certain pickup in South Texas in exchange for the possibility to get two by the end of the decade. Another incentive to proceed cautiously: they don’t want to give Democrats a strong case to claim their map violates the Voting Rights Act by depriving Latinos of their candidate of choice.

The GOP shored up the suburbs — for now.

Under the old map, seven GOP incumbents held suburban seats that Trump won by 3 points or fewer (plus Rep. Beth Van Duyne held a district that he lost by 5 points). Trump would have carried those eight seats by at least 12 points (in Van Duyne’s district) and in most of them by a much higher margin.

That means GOP Reps. Dan Crenshaw, Van Taylor, Troy Nehls, Michael McCaul, Chip Roy, John Carter and Jake Ellzey should breeze to reelection for the next election or two. Democrats might be able to pick off one or two toward the end of decade if Republicans underestimated the suburban growth.

In fact the only districts Trump carried by less than 10 points in the new map are held by Vicente Gonzalez, a Democrat, and Tony Gonzales, a Republican who holds a sprawling West Texas district that is a biennial battleground. And even then, Tony Gonzales saw Trump margin’s grow about 5 points in his district, giving him some breathing room.

And the GOP added one new suburban red seat, thanks to reapportionment. Republican Wesley Hunt will likely run in the new Houston-area district, which Trump would have carried by 18 points. He narrowly lost to Fletcher in 2020.

Though Democrats have panned the maps — former Attorney General Eric Holder, who leads the National Democratic Redistricting Committee called it “a blatant partisan power grab” — they are powerless to stop its enactment by Texas’ GOP controlled state legislature. They will likely challenge it in court.