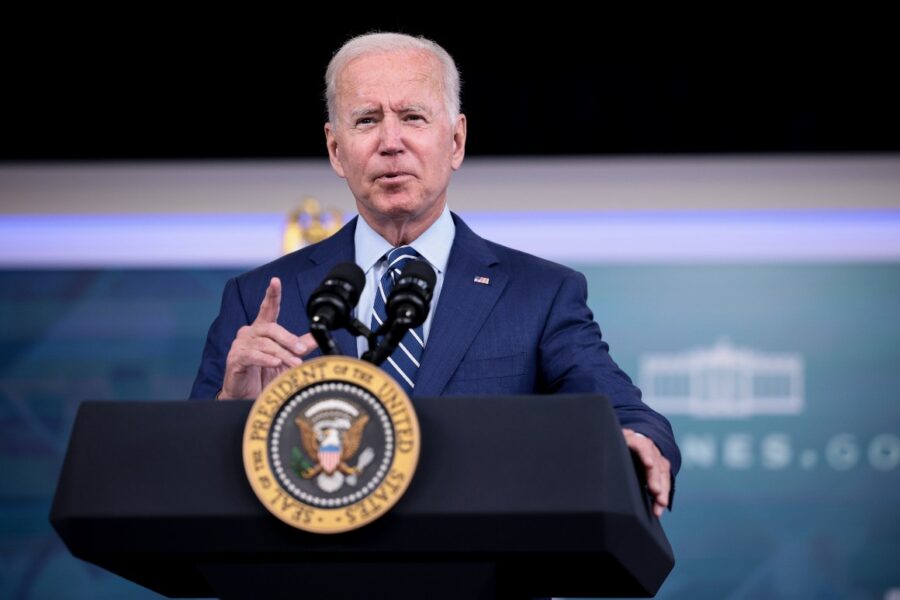 The White House said Tuesday that President Joe Biden opposes changing the filibuster to suspend or raise the debt ceiling, closing off a break-the-glass option to avoid financial calamity.

White House press secretary Jen Psaki confirmed that Biden’s position on reforming the filibuster has not changed as Democrats search for options to deal with the approaching debt ceiling deadline amid persistent refusal from Senate Republicans to step in and help. Earlier in the day, Treasury Secretary Janet Yellen warned congressional leaders that her department could run out of money by Oct. 18, triggering a disastrous default on the government’s debt that would cripple the entire U.S. economy.

“At that point, we expect Treasury would be left with very limited resources that would be depleted quickly,” the secretary wrote. “It is uncertain whether we could continue to meet all the nation’s commitments after that date.”

Questions about how the debt ceiling will be raised have been festering for months. But they have taken on increasing urgency as Senate Republicans continue to filibuster a debt increase even as the deadline for default approaches.

Senate Minority Leader Mitch McConnell has said that Democrats should raise the ceiling alone, but he has also closed off all avenues for them to do so, save one: an amended reconciliation bill that would occupy a fair chunk of Senate floor time before Democrats could pass it by party-line vote.

Democrats in Congress are at odds over whether they have enough time to do that and the next steps forward. The party tried to pass a debt limit hike alongside a measure to fund the government last week. But that was filibustered by Senate Republicans.

On Tuesday, Democrats sought unanimous consent to pass a debt ceiling hike by a simple majority vote. Republicans objected to that too, further angering White House officials who were already chafing at their refusal to fall in line on a vote they’ve been trying to portray as almost pro forma.

Biden has coordinated his approach with House Speaker Nancy Pelosi and Senate Majority Leader Chuck Schumer, but has publicly deferred to the congressional leaders on how to maneuver out of the jam. On Monday evening, they discussed possibly raising the debt ceiling through budget reconciliation, something White House officials had been saying they were loath to do.

One other option: The Senate could vote to change their own rules so that a bill that raises or suspends the debt limit is not subject to a filibuster. Lawmakers have made similar rules changes for the confirmation of judicial nominees and Cabinet officials. But it would require all 50 Democrats to support such a measure as well as Vice President Kamala Harris’ sign off. Biden’s opposition to such a change would effectively doom it.

For now, Republicans, who argue they want to see the debt ceiling raised — and believe it will get done, just not by them — contend Democrats have had weeks to prepare to go it alone. GOP leaders also broadened their political and process argument, suggesting that if Democrats are comfortable using reconciliation to pass a massive social spending bill on their own, they should do the same on the debt ceiling.

“We obviously wanted to do this in a bipartisan fashion,” Psaki told reporters Tuesday. “It’s also our hope that if Sen. McConnell isn’t going to help us avoid a default and a shutdown, at least he’ll get out of the way and let Democrats do it alone.”