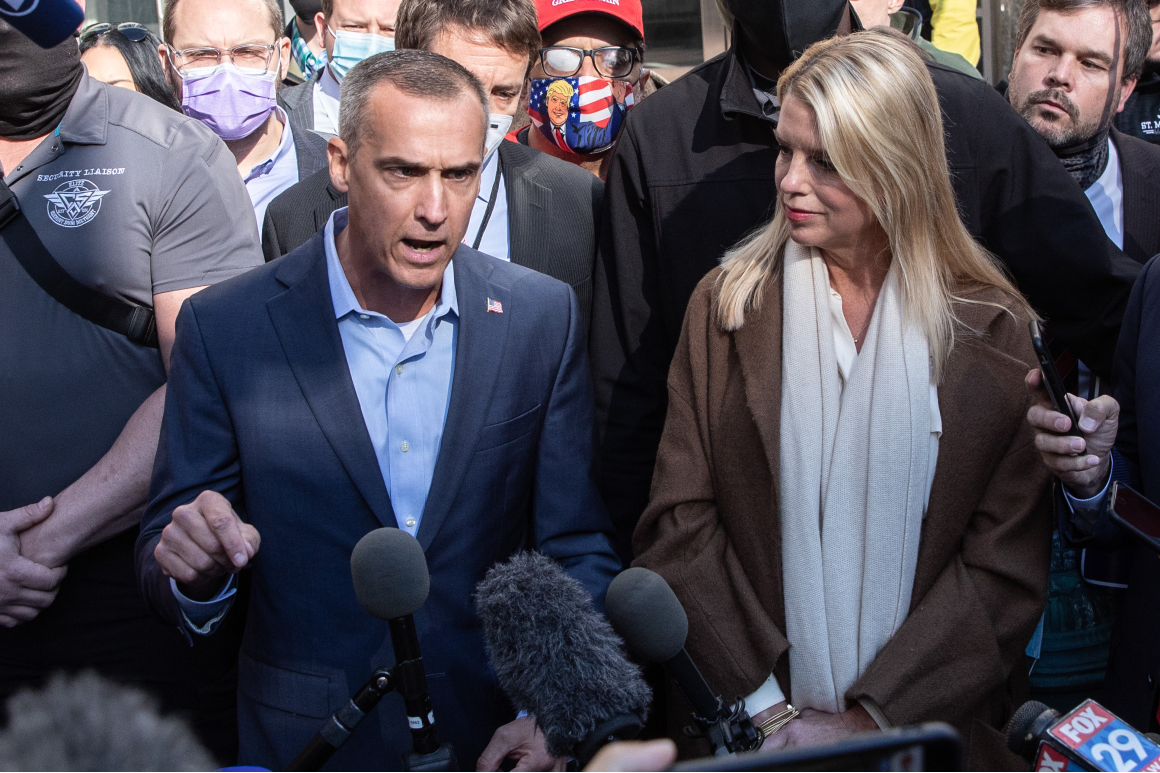 Corey Lewandowski, one of Donald Trump’s longest-serving, highest-profile advisers, has been exiled from the former president’s orbit following allegations, reported earlier Wednesday by POLITICO, that he made unwanted sexual advances toward a major Trump donor.

“Corey Lewandowski will be going on to other endeavors and we very much want to thank him for his service. He will no longer be associated with Trump World,” Budowich wrote.

Earlier in the day, POLITICO detailed allegations that Lewandowski had pursued a female donor, Trashelle Odom, during a Sunday evening charity event in Las Vegas. Odom accused Lewandowski of touching her repeatedly, including on her leg and buttocks, talking about his genitalia and sexual performance, and following her throughout the hotel.

Odom also described being afraid and intimidated as Lewandowski allegedly talked about past violent behavior and boasted about his control over Trump’s political activities.

The 48-year-old Lewandowski, who is married, has long been by Trump’s side — though it is not the first time he has been cast out by Trump. He served as Trump’s first campaign manager during the 2016 election but was fired ahead of the 2016 Republican convention.

He made a comeback during Trump’s White House years, emerging as a key outside adviser and surrogate. After Trump lost reelection, he personally appointed Lewandowski to oversee the Make America Great Again Action super PAC.

Lewandowski’s reentry into Trump’s orbit following the 2016 firing came in spite of a history of unwanted touching. In late 2017, singer Joy Villa filed a police report alleging the former Trump campaign manager slapped her buttocks during a holiday party at the Trump International Hotel in Washington, D.C. Lewandowski was also charged with battery in 2016 after yanking the arm of a reporter, Michelle Fields, at a Trump event. The charges were later dropped, but Lewandowski claimed the incident never happened before video emerged confirming that it did.

In addition to Trump, Lewandowski has advised other Republican politicians around the country this year, including South Dakota Gov. Kristi Noem, who was also in attendance at the Las Vegas event. As of late Wednesday night, Noem’s operation had not yet said whether Lewandowski would remain on her team.

Trashelle Odom and her husband, Idaho construction executive John Odom, were among the donors to Make America Great Again Action this year. Prior to the weekend’s incident, the couple had given the Lewandowski-run super PAC $100,000. Those close to the Odoms said they planned to ask for their money to be refunded unless Lewandowski stepped aside from the organization.