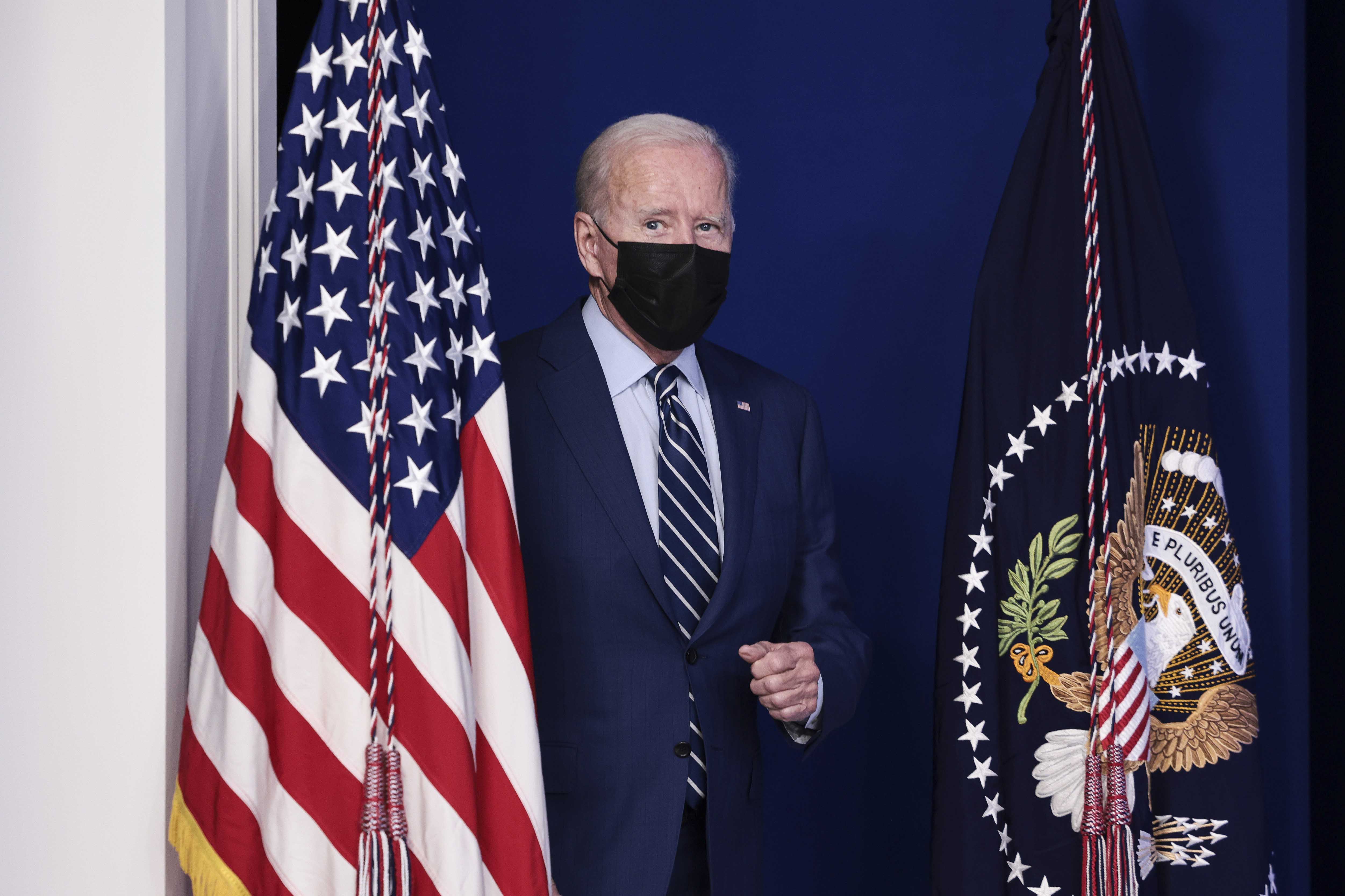 Progressives in the House are revolting. Inside the White House, they’re welcoming it.

One by one, liberal lawmakers have announced that they will vote to defeat a bipartisan infrastructure bill if moderate Democrats and the White House do not offer a firm outline for an accompanying social and climate spending package as well. And just as tensions within the party were at a seeming boiling point this week, Sen. Bernie Sanders (I-Vt.) turned it up even further, urging House Democrats to vote against that bipartisan infrastructure bill when it is scheduled to hit the floor on Thursday.

Though some of those same progressives have loudly complained that President Joe Biden isn’t doing enough to reach out to them individually on his legislative agenda, the White House seems utterly unbothered by it.

Instead, they’re hoping that the prospect of a progressive revolt will only add to the pressure they’re attempting to exert on Sens. Kyrsten Sinema of Arizona and Joe Manchin of West Virginia, the two moderate Senators most noncommittal about supporting a party-line reconciliation bill. Two sources familiar with the White House’s messaging to progressives said that officials have made it clear to them that they are not displeased with all the talk about voting down the infrastructure package.

“I think it’s good to have drama around this because it does isolate those people who are obstructing it for no good reason other than some sort of austerity politics mentality that, when you’re in a time of crisis, just isn’t a logical position,” said Heather Gautney, a former senior adviser to Sanders.

“We made a deal and I think they just need to keep hammering that because the tradition is to paint the progressive as hard headed and wanting to spend too much money and that’s just absurd at this point — especially with Biden where he is on all of it,” Gautney added.

Ultimately, the White House wants to see the infrastructure bill passed when it is brought up. But the idea that it would be comfortable with an effort by a portion of its own party to delay and put into question one of the president’s most important initiatives would have been unheard of in previous administrations. These, however, are not normal times. And this is hardly a normal legislative calendar.

Biden and his top aides are desperately trying to reach an agreement on the reconciliation package with the two moderate Democrats. But both Manchin and Sinema have not just resisted overtures, the two have been evasive about what framework and price tag they would accept for the $3.5 trillion climate and social spending plan.

Without any material commitments from their moderate counterparts, progressives in the House have vowed to tank the bipartisan infrastructure package, believing that if it were to pass they would be removing whatever leverage they still had to ensure the reconciliation bill’s passage. They argue that both plans are part of Biden’s economic agenda — a point that the White House has increasingly echoed in public statements as well.

The White House is convinced progressives’ end goal is still aligned with theirs and see the pressure they’re exerting as ultimately helpful rather than damaging.

“We want to know what will be in a bill, especially if it’s going to be anything less than $3.5 [trillion],” said Rep. Chuy García, (D-Ill.). “The holdup isn’t with progressives, because we’ve maintained our position throughout. It’s the moderates that have slowed this down and delayed it.”

White House press secretary Jen Psaki seemed deferential to progressives in the briefing room Wednesday when asked about the progress of negotiations.

“[M]embers of the Progressive Caucus want to have an understanding of the path forward on the reconciliation package,” Psaki said. “They have stated that publicly. You know why? Because they think it’s a historic progressive package that will make bold changes into addressing our climate crisis, into lowering costs for the American people, bringing more women back into the workplace.”

Progressives, meanwhile, have taken pains to stress in their public comments that the package they want advanced is Biden’s agenda, and they are merely ensuring it all passes Congress. And while some on the left have complained about the lack of communication between the White House and progressives, an aide to Sanders said the senator has been in regular touch with both senior members of the White House and top officials in the Biden administration.

“It’s constant communication with everybody,” the aide said.

Sanders did not give the White House a head’s up before his Tuesday tweet insisting that no “infrastructure bill should pass without a $3.5 trillion reconciliation bill.” But the president’s team was aware of his position, an aide said.

One point several progressives raised in interviews is that moderate intransigence on the social spending package will only hurt moderates in addition to the party at large. Indeed, should Biden’s entire agenda crumble over the two-bill stalemate, progressives are exceedingly less likely to suffer politically given that most represent safe seats, while many moderates hold swing districts.

“It will be moderates who suffer. We will lose moderates if we’re running on a record that is not attractive enough to voters,” Matt Bennett, of the centrist Third Way, said matter-of-factly. “And we’ve been very clear, along with the vast majority of Democratic moderates including the president, that reconciliation is absolutely vital. It’s important that we confront all of these crises, including climate change, with something real. And I think we’d agree that the infrastructure bill is necessary but not nearly sufficient.”

As progressives continue to make the case for dual tracking the two bills, there is fear among some close Biden allies and moderate Democrats that they may be tarnishing the infrastructure component in politically damaging ways. It’s a proposal that the party still plans to run on during the mid-terms, and the fear is it will have less impact if Democratic lawmakers themselves are downplaying it.

“Those are powerful images — the commemorative hard hats and the golden shovels. Those visuals are solid gold. They are great for TV. It may be the only thing that saves our bacon in 2022,” said Colin Strother, a Democratic strategist in Texas who works with moderates and regularly tangles with progressive activists. “A full bowl of rice does wonders for your polling, as a lot of countries will tell you. Biden needs this win. He really, really needs this win.”

Strother said the lack of a breakthrough in Washington is also presenting a problem for Democrats, by driving up anxiety elsewhere in the country and raising doubts about whether Biden can effectively use his power to pull together lawmakers from across the party. It’s not just Manchin and Sinema that need to be put on notice, he said, it was House progressives as well.

“I am not convinced the White House is being particularly effective. How many fucking times can we go to the White House and have tea?” Strother added. “Right now, everyone has their arms folded across their chest and their bottom lip sticking out. We need to be in some of these progressive districts talking about the infrastructure bill and what it will do and how many jobs it will create. We need to get them on our program.”