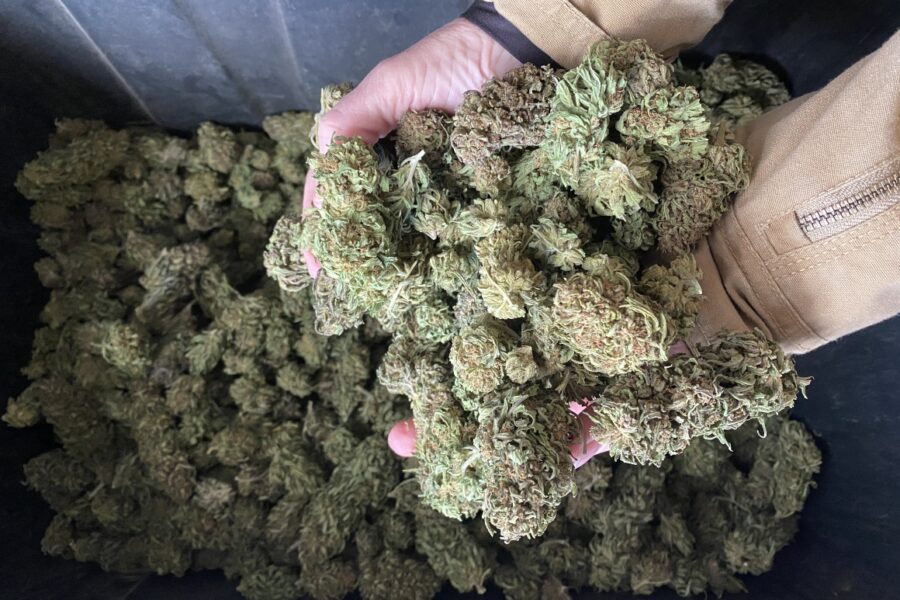 LOS ANGELES — California is poised to clamp down on the fast-growing hemp market in a push to make sure CBD-infused products are accurately labeled and safe — a shift that could be felt nationwide, given the state’s formidable purchasing power.

The extract used in soap, food and other wellness goods has exploded in popularity since Congress legalized hemp in the 2018 farm bill. But the FDA has refused to regulate CBD, or cannabidiol, as a dietary supplement because it’s an active ingredient in a federally approved medication. In the absence of federal oversight, states largely have been left to monitor the products — and untested and mislabeled items have been flooding stores.

The push to create a regulatory system in California has dragged on for years amid ongoing fights in the sister hemp and cannabis industries such as whether to allow inhalable hemp products, an idea loathed in the cannabis world. Hemp, cannabis and dietary supplement interests this year finally coalesced around a proposal that many in the hemp industry say will force bad actors worldwide to make a choice: clean up their operations or lose access to the largest health and wellness market in the U.S.

The regulatory bill Gov. Gavin Newsom is expected to sign in the coming days, CA AB 45 (21R), would hold manufacturers to rigorous testing and labeling guidelines. It would allow CBD and other parts of the hemp plant to be included in food, beverages and cosmetics, which previously was not permitted under California Department of Public Health regulations. The law would also prohibit all forms of THC — the psychoactive compound in cannabis — in hemp products.

CBD can now be found in oils, foods and lotions at thousands of stores nationwide, with brands promising a wonder drug that can provide relief for a myriad of ailments like pain, anxiety and depression. California alone accounted for $730 million in CBD sales in 2019, two and a half times more than any other state.

But these readily available products exist in a gray area: CBD oil itself is legal, but not as a supplement in most goods sold in states like California without hemp regulations. The FDA is not citing businesses that sell such items, however, and major retailers are carrying them.

California’s proposal would establish fees to fund enforcement and give state public health officials the authority to seize products that fail testing standards at any point in the supply chain. It would also create a database of licensed manufacturers, making it easier for enforcement officials to know if products on shelves are approved.

Lawmakers and health advocates say a strong regulatory system is necessary to protect consumers. Too many products available at stores contain far less CBD than advertised, they say, or could be adulterated with dangerous substances.

“The product is everywhere. You can walk into a World Market, a health food store, a pet store, and you’ll see CBD there,” said bill author Assemblymember Cecilia Aguiar-Curry (D-Winters). “There’s no labeling, it doesn’t tell you if it’s safe. So, I want to make sure that people know what they’re purchasing.”

Recent studies conducted by the FDA and private companies have underscored such safety concerns. FDA researchers wrote in a report to Congress last year that less than half of 147 products it randomly tested contained the amount of CBD advertised on the label. Nearly half of those items also exceeded the legal limit for THC.

California policymakers aim to change that by requiring manufacturers that use CBD or other hemp extracts to be licensed by the state’s public health department. The state would hold those items to similar testing and labeling standards as marijuana, one of the most highly-regulated crops in the state.

California isn’t the first state to pass hemp regulations — its proposal is partially based on laws established in places like Michigan, New York and Oregon — but the size of its market could force companies everywhere to step up their quality control, industry observers say.

“You’re not going to make a less-safe product to sell into Idaho because they don’t have any regulations there,” Miller said.

Getting a bill to Newsom took years of heated debate and at times divided the hemp and cannabis industries. Some of the major points of contention, over issues unrelated to CBD, are poised to roll over into next year.

The biggest sticking point for hemp operations was a proposed ban on non-THC inhalable products like hemp cigarettes and vape cartridges that Newsom, a cannabis ally, pushed hard to include in final legislation, Aguiar-Curry’s office said.

The hemp industry was able to avoid a permanent ban on smokables, but the bill puts a freeze on such products until the Legislature enacts a new tax on them, which Aguiar-Curry said she will attempt in 2022. Manufacturers would also be permitted to export inhable hemp to other states.

Many hemp associations praised the final version of the bill, but groups representing small hemp cultivators were not appeased by the concessions. They say a prohibition on smokable hemp, even if temporary, could put many mom-and-pop operations that primarily grow smokable hemp flower out of business.

“I think it’s just disastrous, and they did it right at harvest time,” said Chris Boucher, a HFG board member and longtime hemp grower. “You spend millions of dollars on equipment, greenhouses, processing equipment, labor, and you can’t sell your crop in California. That was really just a punch in the face.”

Meanwhile, many cannabis businesses argued that AB 45 contained loopholes that could allow hemp products with intoxicating levels of THC to reach store shelves and demanded that hemp products be subject to the strict testing and labeling requirements of marijuana. Those asks were included as amendments in the final measure.

The bill wouldn’t create a way for cannabis enterprises to grow, manufacture or sell hemp products unless they hold separate hemp licenses. It would, however, direct the Department of Cannabis Control to release a report by next July on the prospect of integrating hemp into the marijuana market, a provision cheered by those in the cannabis industry hoping to capitalize on the hemp CBD trend.

“The bill doesn’t exactly look as we would have liked,” said Amy Jenkins, a lobbyist for the California Cannabis Industry Association, “but I think those are really some critical wins for the cannabis industry.”