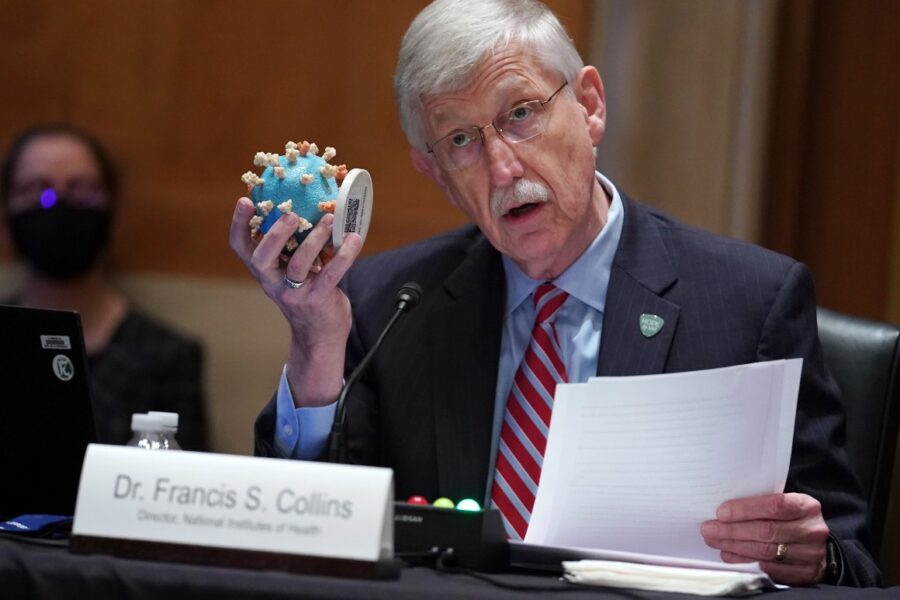 National Institutes of Health Director Francis Collins was that rare Washington figure whose clout transcended presidential administrations and frequent power shifts in Congress — more so during a public health crisis.

Now, the Biden administration needs to find a Collins clone.

The search for a new leader for the world’s largest medical research agency, with a budget of more than $41 billion, creates another huge challenge while the White House plots the next phase of the pandemic response and struggles to find a nominee to lead the Food and Drug Administration.

“We find ourselves in a deficit now: We have the largest health agency in the world, the NIH, without a leader and FDA at the same time,” said Ellen Sigal, chair and founder of the Friends of Cancer Research who also has chaired the Public–Private Partnerships Committee of the Foundation for the NIH. “These positions are problematic, particularly when we’re in the middle of finishing a pandemic.”

Principal Deputy Director Lawrence Tabak, Collins’ longtime No. 2, is most likely to serve as acting director in the interim. But he is unlikely to be Biden’s pick for a permanent leader, according to two people familiar with the early discussions. Collins told Bloomberg Law on Tuesday that he wanted to see a woman succeed him.

Any nominee, if confirmed by the Senate, will need to deftly navigate such priorities as overseeing dozens of trials for coronavirus treatments and vaccines while defending and explaining the administration’s pandemic response to the public and lawmakers on Capitol Hill. The next director will also have to deal with GOP-stoked accusations that NIH funded risky “gain-of-function” virus research, linked to the unproven theory that the coronavirus leaked from a lab in Wuhan, China.

Collins’ successor will also have to shepherd a multibillion-dollar priority of President Joe Biden’s: the Advanced Research Projects Agency for Health, a new institute within the NIH that still needs congressional backing.

Biden originally envisioned the so-called ARPA-H as a $6.5 billion research initiative to tackle major health care challenges like Alzheimer’s disease, diabetes and cancer. But lawmakers have already slashed its proposed budget by more than half, with the outcome now tied to the fragile congressional budget process.

The 71-year-old Collins managed to navigate such turbulence with a plainspoken, at times cheerful ease. He frequently showed up to hearings on the pandemic response toting a giant replica of the coronavirus and avoided the brickbats directed at other top Biden health officials like infectious disease expert Anthony Fauci.

“Francis is a gifted communicator,” said Kathy Hudson, a former NIH official who’s remained close to Collins. ”When he became NIH director, the research community lamented that that there were no NIH champions on the hill. Francis cultivated them by the dozens with leaders in both parties becoming unflagging advocates for NIH.”

Collins had been considering his departure for months, Fauci told POLITICO in an interview. Collins visited his longtime friend and colleague — who he has worked with since becoming director of the National Human Genome Research Institute in 1993 — in Fauci’s Bethesda, Md., office this winter and said he felt it was his time to leave.

“I literally pleaded with him not to do that,” Fauci recounted. It was during a Covid-19 case surge and the final months of the Trump presidency. “I said… ‘You’ve got to stick it out.’ He did. To his credit, he felt he owed it to the institution to make sure that there was stability.”

But Collins did tell Biden that he would not stay for the next four years.

Now that he has announced his intent to step down “by the end of the year,” the White House says it expects to select his replacement before he leaves.

“In the meantime, the American people can rest assured that there is a strong leadership across NIH and the department management — managing the Covid-19 pandemic and more,” White House principal deputy press decretary Karine Jean-Pierre told reporters aboard Air Force One on Tuesday.

The high-profile opening has the potential to cause headaches for the Biden administration, which continues to struggle with messaging on the pandemic as it choreographs the rollout of vaccine boosters.

However, Ann Cashion, who spent eight years at the National Institute of Nursing Research within NIH — including as its acting director— said that Biden “has the correct administrative advisors in place so that it will be handled without many headaches.”

“It is always difficult to find the right person with the right qualities to lead NIH,” she wrote in an email, adding the administration “has been acutely aware of the need for good science.”

Health and Human Services Secretary Xavier Becerra said in an email to staff Tuesday that “it is an understatement to say [Collins] will be sorely missed,” adding, “few people could come anywhere close to achieving in a lifetime what Dr. Collins has during his tenure at NIH.”

But others stress the timing could be right to bring in a leader that can reenergize the sweeping, 27-institute science agency and lay the groundwork for ARPA-H, whose establishment was intended to disrupt the sometimes slow-moving culture created by more than two-dozen other research centers.

Ezekiel Emanuel, a University of Pennsylvania bioethicist who spent 12 years at NIH, told POLITICO that Collins’ departure provides the opportunity for there to be a “rethink of the agency,“ whose efforts can be too fragmented and lead to gaps or inefficiencies in research.

He adds that there are too few grants awarded to Black researchers, and the average age of grant recipients has been increasing.

“That’s not a good thing for innovation,” Emanuel said.

Some advocates for ARPA-H have long been wary of Collins, especially because of his early reticence about the new agency.

“This is a seismic change in the government, so there naturally will be a ripple effect,” said Liz Feld, President of the Suzanne Wright Foundation, which had advocated for an ARPA-H model for years. But the change could “open up other opportunities and ways of doing things, and a fresh approach to things we can address in the health space.”

The only risk, Feld and others said, is if ARPA-H lost momentum because Collins, well-liked by lawmakers duking out budget priorities right now, left during the debate.

Collins will continue to work at his lab on the NIH campus, returning to his roots as a longtime geneticist. People close to him say he is happy to spend more time on science along with his other pursuits — including a rock band, the Affordable Rock ‘N Roll Act, which performs at NIH events to raise money for the agency.

“He’s really a Renaissance man in all ways,” said Association of American Medical Colleges President David Skorton, who has rehearsed with the band.

Fauci, who has become one of the most recognizable faces of the coronavirus response, told POLITICO he would “absolutely not” be NIH director and that his priorities lie with the infectious disease institute he heads, where trials for Covid-19 vaccines and treatments are ongoing.

“As much as I’ll miss Francis as a director, he’ll still be around in his lab,” he said. “He’s a very close colleague and a very good friend. You know, we’ve been through a lot of things together.”